If they just knew you better. Giving free, frank and fearless advice to a prime minister is not as easy as it sounds. Political leaders are human and like the rest of us don’t fancy being told they are wrong, much less being told that the public think they’re absolutely on the nose. Advisers well […]

If they just knew you better. Giving free, frank and fearless advice to a prime minister is not as easy as it sounds. Political leaders are human and like the rest of us don’t fancy being told they are wrong, much less being told that the public think they’re absolutely on the nose. Advisers well know the sensitivity of their leader and realise that a potential result of being too truthful with the analysis is to be frozen out of the inner circle or, even worse, got rid of altogether. Sacked advisers have no influence on anything and no income, either.

Over the years I had a few experiences of the problem. Bob Hawke in his mid and later years as prime minister bristled if told that the pollster was finding his appeal was no longer as charismatic as it used to be and that a different approach might be needed. Yet he was a remarkable enough man to on occasion swallow his pride and go along with suggestions. The anger with his pollsters Rod Cameron and Margie Gibbs and me when he threatened us with the sack mid-campaign for daring to brief the press on one occasion that Labor was not actually in front duly passed. The three of us are convinced that playing the underdog eventually got us across the line in an election we should not have won.

I have never discussed such matters with Bob but have always thought that one reason I may have been helpful to his winning ways was that I was never dependant on him for a job, never present in his office on the Monday after a victory looking for a reward. Any advice I gave was not going to be an embarrassment in front of others later.

We used to meet in the months leading up to an election not in his Parliament House office but informally at the Lodge on a Sunday morning. It was an atmosphere where you did not have to be big-noting — there was no one else there to impress. He could listen to the views a liquor store owner and restaurateur picked up from his Canberra customers and take or reject them as he wanted. I like to think it was a useful counter-balance to the sycophancy that is natural from people on a PMs staff.

I can’t help thinking that Julia Gillard would benefit from her own outside adviser — someone prepared to tell her that giving people more of what they don’t like is not the way to promote a Labor revival. She needed someone to tell her that spending five days in western Sydney where people detest her is not the way of resurrection. Instead they kidded her that things will get better if people just knew her better.

Alas, someone in her office has persuaded her she looks good riding a horse through western Sydney wearing no clothes.

Running out of steam. The parliamentary press gallery is starting to disappoint me. I couldn’t find one fair dinkum leadership news story this morning. Just a few references to anonymous Gillard defenders propounding the new wisdom that any improvement in the vote by moving to Kevin Rudd would not be enough to win anyway so why bother to go through the horrors of a challenge.

Selecting the daily Chunky Bits Daily Leadership Beat-Up Award winner from such a poor field is not easy, but I give the nod to The Australian’s resident professor. Peter van Onselen managed to cover the best part of a broadsheet page with his ifs, buts and maybes before ending with the wisdom that the question for Labor now was whether it is prepared to consider another game-changing strategy, one that involves once again removing a prime minister.

Thank you, Peter, for that wonderful insight. 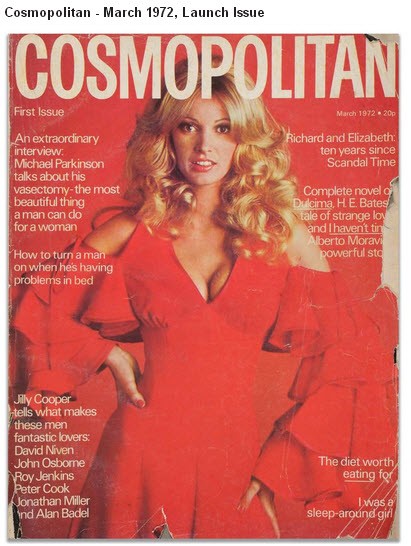