Italy has once again expressed a deep desire to fail to come to grips with its deep political and structural problems, says Crikey's man in Europe. Silvio Berlusconi is still standing. 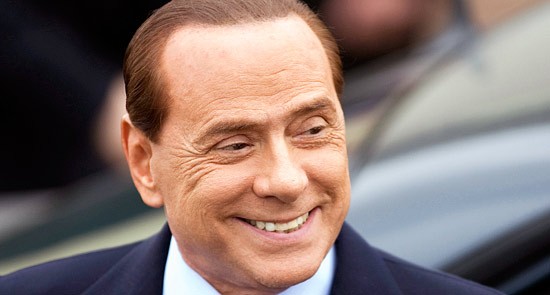 In 2011, Italy, teetering on the edge of political and economic disaster, forced the departure of beleaguered, scandal-ridden prime minister Silvio Berlusconi, ushering in the rule of dour technocrat Mario Monti (the European Union had a bit of a hand in it, too). The prospect of some basic sanity gave Monti widespread public support, especially as there was no punitive regime imposed, as was occurring in Greece. Monti did exactly as he said he would, stepping aside when the 2013 elections came around. He formed his own electoral group, “With Monti for Italy”, and ran on the basis of continuing a prudent, gradual move towards stability.

In the counting for the weekend’s election, Monti is currently running fourth at 9%, well behind stand-up comedian Beppe Grillo and Berlusconi, the man whose mess he was employed to clean up.

Yes, Italy has once again expressed a deep desire to fail to come to grips with its deep political and structural problems, voting for Berlusconi in the Senate, and making the lower house a neck-and-neck battle between the “Common Good” alliance — led by the Pier Luigi Bersani’s Democratic Party, the main centre-Left group — and Grillo’s “Five Star Movement”, which is polling up to 25%, far beyond even the wildest expectations.

With around 85% of the vote in, there’s a near-even three-way split in both chambers, with Bersani on 29.8%, Berlusconi on 28.9% and Grillo’s Five Star Movement on 25.5%. In the Senate, Bersani and the centre-Left are leading on 31.7%, with Berlusconi slightly behind on 30.65%. Grillo is further behind on 23.8%, the disparity between his lower and upper house results because there’s an age qualification — you have to be older than 25 to vote in the Senate, and Grillo’s support is, unsurprisingly, massive among the young.

That looks like a perfect three-way split, but it’s a little more complicated than that — the Chamber of Deputies (the lower house) has a list/top-up system based on a national aggregate, so the leading party overall gets enough additional seats to secure an equivalent of 55% of the vote. However, in the Senate, the list/top-up works on a regional basis, with the regions weighted differently according to their population. Since Berlusconi’s coalition includes the Northern League, it has a better showing in those population-dense provinces — and they have a great deal of animosity towards the south, whom they see as a bunch of freeloaders. However, one major northern region, Piedmont, is bucking that trend, and may yet deliver the Senate to the centre-Left — or draw them dead even with Berlusconi’s mob.

So with these results, it gets really complicated. Bersani will get a majority in the lower house by the “add-on” measure — but in close results, such a measure becomes paradoxical, granting not legitimacy but the reverse, since the leading party gets dozens of extra seats, despite leading by only a fraction of 1%.

That would give Berlusconi an opportunity to be obstructive in the Senate, arguing the government has no mandate. Ordinarily, the leading party in such circumstances could try for a grand coalition — either with the Five Star Movement or a Left-Right one, such as currently exists in the Netherlands. But Grillo has ruled out being part of any government, and there’s no way Berlusconi would be a second fiddle in any coalition. Could they make an alliance with Monti’s coalition, with its 10% in both houses? Possibly, but Monti is wary of the further Left parties in the Common Good coalition and wanted Bersani and the Democratic Party to split from it (Bersani is a former Communist, and the Democratic Party is the descendant, three times removed, of that party, but being a Communist puts you at about the equivalent of Petro Georgiou on our political spectrum).

So the true problem lies in the Senate, which will be close to ungovernable. Quite aside from anything else, the individual parties in these groupings can depart at any time, recombine with other parties, and so on and so forth. The one unitary grouping is the Five Starers — but their lists are composed of political neophytes and various anti-political types, so the chances of herding them in a single direction in any process of compromise is virtually nil. To add to their woes, Grillo, the founder, leader and star of the movement, was not running for an actual seat — he was found guilty of manslaughter due to being the driver in a triple-fatality car accident.

Grillo’s power has come from his outsider status — a political satirist, he has long been blacklisted from both Italian state TV and private networks, most of which are owned by Berlusconi. That caused him to start a blog, beppegrillo.it, which has now become a major news source (it currently runs in three languages). That, and a Facebook campaign — media domination has made Facebook the principal public sphere of the Left and dissident forces in Italy — has elevated him to a position where the Five Star Movement is now the single largest political party, by vote, in the country.

The party’s policies are a mixture of Green, populist and communitarian goals — they want a 30-hour work week, a referendum on euro and EU membership and free internet access as part of a process of widened and direct democracy. Admirable goals all, but even those of us most enthusiastic for such things would argue doing them all at once, while extracting Italy from its current debt-ridden, finance-dominated predicament. Five Star’s success has been based on a vote of sheer outrage — specifically at a series of fresh corruption scandals that emerged in the last six months or so, which gave many the impression that absolutely nothing had changed under Monti’s reign at all.

Add to that continued stagnation and a 2% increase in the unemployment rate and you’ve convinced many that absolutely anything else is worth trying. The sheer chaos of the country is nowhere better displayed than in Berlusconi’s main election offering — he has promised to pay back, in cash, all the extra tax Monti actually managed to collect.

But there seems no easy way out of the predicament in any case. Fresh elections would be conducted under the same system — and there would either be a recombination of parties (an extremely centre-not-very-Left mega-grouping, taking in Monti’s group and most of the Common Good) or the Five Star Movement that would surge to a majority, making the next prime minister of Italy an as-yet-unknown 23-year-old architecture student and part-time DJ.

And once again Italy teeters on the brink …

I was reading Grillo’s blog yesterday and was deeply impressed (although I actually already knew who he was having seen a show of his when I lived there). Italians are very technology-adverse and he is enlightening them about the internet and is a huge critic of Telecom Italia. But he mostly highlights the huge amount of cronyism in the public service, which sees officials paid enormous sums for the rest of their lives in their “pensione”. If he has the guts to tackle entrenched tax avoidance (rife as in Greece) and reel in wages and entitlements then he will be doing the country a huge favour. I really recommend reading “Midnight in Sicily” by Peter Robb (aussie journalist) for a comprehensive look at the country and its historical links between the mafia and the government to get an idea of how corruption is entrenched over there. I wish Beppe and his Vaffanculo moment all the very best luck in the world. But if Eric Ellis is correct in his recent article on M5S http://www.theglobalmail.org/feature/laughing-all-the-way-to-power/255/ then the Machiavellian nature of power will win, unfortunately. You do get the government you deserve and there is a level of ignorance and absence of curiosity about anything outside of one’s own ‘piccolo mondo’ that makes any change virtually impossible.

Rome, bread and circuses.
Who does “Burlesque-coney’s” make-up? Michelangelo?
That smile, the face lifts, the taut skin – the Viagra’s kicked in?

If we can elect a deadbeat like Julia Gillard why is it unusual for Italians to vote in a statesman like Berlusconi? It seems to me and a good majority of Italians that he is the only suitable candidate for the job of dragging Italy out of its despair.
#VivaBerlusconi

Fascinating battle between the new social media and the powerful old media monopoly of Berlusconi; says it all.