The Australian commissioned a poll on perceptions of bias at the ABC. The results, one suspects, weren't what the paper had hoped for. That story and other media tidbits.

McLennan picks his spin targets. Has Ten’s incoming CEO already blotted his media spin copybook? So far Hamish McLennan has given interviews to the family company (i.e. News Limited) in The Sunday Telegraph, the media section of The Australian (the family newsletter) and The Australian Financial Review (still the paper the big investors read first). But he declined to do an interview with Fairfax’s metro papers.

Could that be because The Sydney Morning Herald has reported unease about the growing links between Ten and News? The Murdoch papers, of course, have barely even acknowledged the issue. McLennan did speak to Fairfax media by phone and downplayed his links with News by pointing out he was “resigning from News and would become an employee of Ten”.

Perhaps his next media stop should be Meet the Press on Channel Ten, which continues its transformation from a comprehensive (if dull) political program into a wishy-washy News Limited propaganda machine. This week viewers were treated to an interview with The Daily Telegraph‘s John Rolfe and Lachlan Harris about the latest joint News Ltd/One Big Switch campaign on health insurance prices. They also got an interview between News’ Jessica Halloran and jockey Mitchell Beadman. The Australian‘s Canberra bureau chief, Stefanie Balogh, was also on hand to grill Immigration Minister Brendan O’Connor. Meet The Press had a weak 74,000 metro viewers yesterday, up 4000 on last week. The show scored 100,000 viewers nationally. — Glenn Dyer and Matthew Knott

ABC not biased: The Oz. A poll commissioned by The Australian newspaper has found the vast majority of Australians do not believe the ABC is politically biased. Here’s how The Oz reported that result. 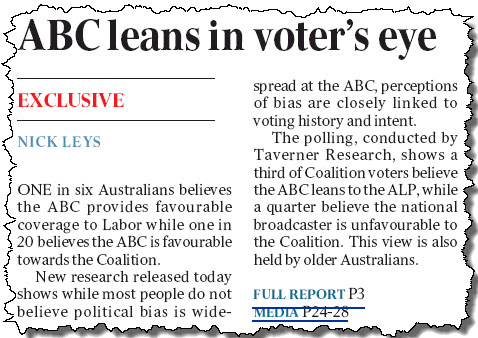 Grattan in News Limited. Since departing The Age, Michelle Grattan’s byline continues to pop up in unexpected places. Fairfax has republished her pieces for The Conversation (available under a creative commons licence); Kerry Stokes’ Weekend West runs her in hard copy on Saturdays. Alan Kohler’s Business Spectator — now owned by News Limited — is the latest to get in on the act. If the trend continues, Grattan may well knock Andrew Bolt off his perch as the most-read political commentator in the land. 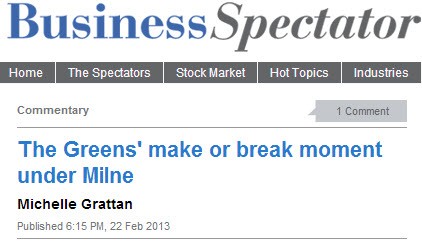 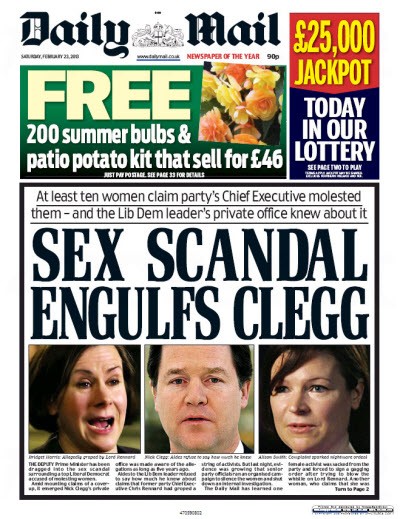 The Oz, rather like old Pravda, is completely fair, balanced and non-partisan in its coverage.