Two German politicians are keen to rein in feed-in tariff support for renewable energy in Germany. But that doesn't mean the European powerhouse is done with clean energy altogether. 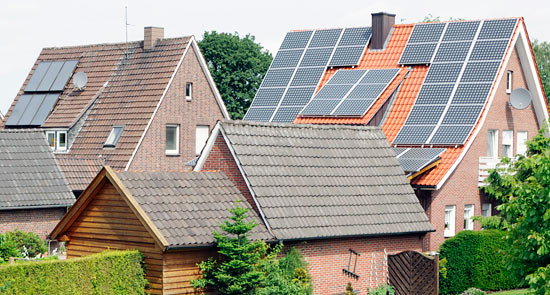 Germany’s Environment Minister Peter Altmaier and Economy Minister Philipp Rösler have been keen to rein in feed-in tariff support for renewable energy in Germany (commonly referred to as the “EEG”). Altmaier went as far as to claim last week that the policy would cost Germans €1 trillion by 2030.

He proposes to cap increases in subsidies for renewable power at 2.5% growth per annum and suspend feed-in tariffs to new installations. In addition, in a highly concerning move for investor confidence, he proposed a temporary cut in the feed-in tariff already received by existing renewable energy power plants.

For much of the previous decade, Germany was the bedrock market for the global renewable energy industry. It has represented as much as 50% of annual solar PV sales; it has the third largest installed capacity of wind; and it has also been a leading market for small-scale biomass projects. Its policies on renewable energy, and in particular its use of feed-in tariffs, have been lauded by environmental groups around the world as best practice. So the idea that Germany might be overturning such policies is extremely appealing to those concerned about the cost of renewable energy and interests keen to defend the incumbent fossil fuel and nuclear power sectors.

The story being spun is that Europe as a whole is now turning its back on renewables as the public realises the unacceptable cost and other problems such as intermittency. Interests opposed to renewables then link what is happening in Germany with the extensive cuts to renewable energy support policies in Spain to suggest a Europe-wide trend.

It is a significant misinterpretation of events, however, reflecting a profound ignorance of German politics and the differences between Spain and German feed-in tariff policies.

The Spanish feed-in tariffs are funded from the government budget, whereas Germany’s are funded through a levy on electricity consumers. Due to almost catastrophic budgetary problems in Spain (risk of defaulting on loans), Spain has had to cut back on expenditures across the board, not just on renewable energy.

In Germany the issue is more nuanced, as detailed in a presentation from Volkmar Lauber, professor of politics at the University of Salzburg in Austria.

This initiative from Altmaier and Rösler to undermine the EEG doesn’t represent some sudden about-face realisation among the German population of the inadequacies of renewable energy. Rather, Altmaier and Rösler are part of the conservative right-wing side of German politics that has always been opposed to the EEG initiative ever since it became law in 2000.

Rösler comes from the Free Democratic Party, which is pro free-market, and  Altmaier is from the social conservatives of the CDU/CSU party. But until 2009 these political parties have never been able to form a government together, and the pro-EEG Social Democrats have prevented change.

Since forming government in 2009 this right-wing coalition has made three attempts at stemming the growth of renewable energy, which have largely failed.

In 2010 they rewound the previous policy of phasing out nuclear power while putting in steeper reductions in feed-in tariff rates. But plunging costs for solar PV in particular meant it grew spectacularly in spite of the cut in tariffs. Then, not long after the Fukishima nuclear plant explosion occurred, Chancellor Angela Merkel had to revert back to an accelerated phase-out of nuclear while re-embracing renewables.

But in 2012 Altmaier’s predecessor as environment minister, Norbert Röttgen, had another go, proposing severe caps on renewable installations, including a one gigawatt per annum cap on solar PV. Due to objections from two-thirds of the upper house Bundesrat, a compromise was adopted with the cumulative cap for PV set at 52 gigawatts, no caps for onshore wind, and no questioning of EEG principles.

Altmaier’s proposals are equally doomed in the upper house due to opposition from the Social Democratic Party, Die Grünen (Greens) and Die Linke (the Liberals).

The EEG policy remains highly popular among households in Germany, as explained in this article from Cleantechnica. Furthermore, while the costs of Germany’s feed-in tariff policy have grown rapidly in the last few years, this has been offset to a noticeable extent by merit-order effects that have reduced wholesale electricity market prices.

Overall, the costs remain highly affordable for the vast majority of German households. Also they could be further improved through:

According to Lauber, the effects on households are being dramatised by German utilities. These utilities, such as RWE and E.On, whose capacity is dominated by nuclear and fossil fuel plants, have suffered substantial reductions in revenue due to renewables pushing down wholesale electricity prices.

So be careful what reports you read about Germany turning its back on renewables. Who knows — they could even be as inaccurate as the report from one Australian journalist who claimed there was “no sign of the political support needed to extend” the US wind power tax credit — several days after the US Congress had already passed the tax credit extension.

“… opposition from the Social Democratic Party, Die Grünen (Greens) and Die Linke (the Liberals).”
This should probably read “Die Linke (The Left/Democratic Socialists)

Anyone know who that “one Australian journalist” was ?

Die Linke is just The Left. They are the result of the merger between the Party of Democratic Socialism (PDS) and East Germany’s socialist party (who ruled East Germany).

The equivalent of the Liberals would be the Free Democratic Party.

While paying lip service to the fairy story of the EU ETS, the Germans have vigorously pursued their own parallel policy which, while imperfect, at least makes some sense.

Nothing wrong with spreading the risk like that. Pity Australia couldn’t have done likewise, instead of blindly worshipping the ‘market’ ETS solution.