Hamish McLennan, the new CEO of Ten, has promised the network's third revamp in two years. But until its deals with the Murdoch-owned Shine and Fox are reworked, an improvement in ratings seems unlikely 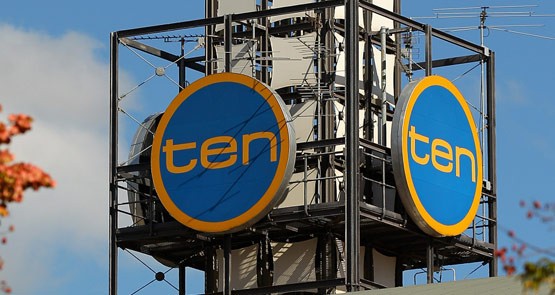 Did we see yet another suicide note from a senior manager at Ten when the latest CEO, former News Corporation executive Hamish McLennan, promised to move away from the focus on younger audiences? It was a line he repeated in interviews with The Australian Financial Review and The Australian this morning, with the added news he is going to do a strategic review (yes, another one) on the network and its future direction.

Changing the network’s audience focus was tried (and failed) by the bloke before him, James Warburton, who was “terminated” by the Ten board late Friday. He was effectively sacked by Lachlan Murdoch, James Packer, Gina Rinehart and Bruce Gordon (owner of WIN), who collectively own more than 40% of the shares and completely dominate the board. The same group supported the sacking of Grant Blackley and Nick Falloon as chairman and CEO of Ten in 2010.

The board members, from the chairman down, are as culpable as anyone in Ten’s terrible problems of the past two years and its miserable outlook.

Yesterday McLennan told the Murdoch-owned News Ltd Sunday papers that Ten “will tear up its youth-only policy and consider resurrecting former ratings juggernaut Australian Idol” (the American version of which is dying on air in the US at the moment). He said “nothing would be sacred” in the revamp of Ten. It would be the third revamp in two years for the network.

And it’s one that aims to return to the policy that Ten had under Blackley and Falloon, who were sacked after costs blew out and revenue dipped. It’s also the most logical approach (and similar in parts to what Nine and Seven are doing, along with the ABC). Being the weakest in the pack, Ten faces testing times if this “back to the future” strategy is to survive the next two years.

Murdoch, after all, was upbeat in late 2011 when reporting a sharp drop in profit after eight months as interim CEO. Murdoch’s plan was for Ten to be ”bold and irreverent”, to focus on younger audiences and to give advertisers something Seven and Nine do not. Ten’s lack of ratings certainly gave Seven and Nine something they didn’t plan on having: a lot of extra ad revenue — some $100 million, as Ten’s share of metro advertising sank from 27% to 21%.

Murdoch is also responsible for expensive disasters such as Breakfast, which cost millions and left a number of people out of a job when the program was axed late last year. And yet he inherited successes like Offspring, while Puberty Blues was a rare success of the Warburton 14 months. Warburton, Murdoch and the board presided over a nasty round of cost-cutting late last year, which gutted the best-performing part of the business, Ten News, while The Project was bounced around in the schedule, alienating a steadily building core audience.

But the sudden sacking of Warburton and the choice of McLennan means the Murdoch/News Corp de facto control of Ten will now tighten even beyond Lachlan Murdoch’s 9% stake and chairmanship. Former Fox Sports senior executive Jon Marquard joined Ten under Murdoch. News Corp, through Fox and Shine TV production arms, controls a large slab of Ten’s programming — more than $120 million worth at last count in programs like MasterChef and The Biggest Loser, plus Glee, The Simpsons and American Idol. Many of these programs have become moderate to poor performers in the past year, but how can Ten directors and executives get Shine and Fox to lift their game without upsetting the chairman?

The closeness of McLennan to the Murdoch empire was underlined by the fact he will remain chairman of REA, the online real estate arm of News Ltd. And he also was blessed yesterday by Rupert Murdoch, who was quoted in the Sunday Telegraph story saying: “We are extremely sorry and disappointed to be losing him [McLennan]”.

Another revamp of Ten will mean widening the ratings focus back to the 18-to-49 demographic as well as the 16-to-39 block, which is what the management before Murdoch’s move on the company had been pushing, along with an added emphasis on news and current affairs. It also means basically writing off any recovery until late this year at the earliest and 2014 at best while McLennan’s strategic review is conducted and then bedded down.

The biggest immediate problem for McLennan is to find new, not old, programs that viewers will watch in prime time. Those production deals with Fox and Shine need to be reworked, and both companies need to be shaken up to help Ten. But golly, there doesn’t seem to be any interest by the company’s big shareholders to force Shine or Fox to lift their game or to find new sources of hit programs.

Murdoch is conflicted because of his News Corp allegiances. Packer is more interested in a new casino in Sydney. Rinehart lives mostly in Perth, has no media experience, and has focused almost exclusively on trying — and failing — to get her way at Fairfax. Gordon is said to be in ill health, has large losses on his Ten stake, has underperforming TV stations in Adelaide and Perth for the Nine Network, and owns WIN, the regional affiliate for Nine, which is also doing it tough.

McLennan went to News in Sydney after he quit the role of global chairman and CEO at advertising group Young & Rubicam. He therefore knows Russel Howcroft, the No. 2 executive at Ten (and acting CEO until McLennan starts next month), who arrived via Y&R’s Australian arm and The Gruen Transfer on ABC1.

It’s a right little incestuous bunch at Ten these days — full of advertising experience, part of the Murdoch inner circle, but without any significant TV know-how.

The hypocrite of the year award. The nominees are… numerous

Media reform: how the sausage got made

We are not well represented by the new management of Ten or the Australian Government for that matter! No one who is able to afford several digital recorders watches ads. TV stations who continue to sell advertising space must be aware. Serious consumers record in 12 hour blocks and do not watch ads! We then FF through them. In fact I expect the homes of advertising executives FF through intrusive ads. If it is true and why would it not be these people are selling advertising space under false pretense. Because they themselves do not watch intrusive advertising. Channel ten needs to first revise their weekly TV guide and make it accurate to the second. But seriously I have several recorders and record in bulk and don’t watch garbage ads. Catch up advertisers! Edward James

Channel 10’s The Project is potentially the best current affairs show on TV with a refreshing lighthearted approach showing a different side to our pollies however they never seem to have sufficient material to run for an hour and interposing The Simpsons between the news and current affairs programs shows a total misunderstanding of audience ambiance.

GLENN DYER says it all. “”Another revamp of Ten will mean widening the ratings focus back to the 18-to-49 demographic as well as the 16-to-39 block, which is what the management before…….”” Except that I thought the demographic to be nine months to nine years.

To think that adult viewers have to be bound to the whims of sixteen-year-old children with acne-scarred faces is unacceptable. Daily we are told by the MSM that we are an ageing population. Yet we have to suffer the indignities of multiple bleeps to cover the ‘F’ word, and the only acceptable behaviour is violence, in order to attract the teen-age viewer. FFS, the “ageing population’ have probably spent all their spare cash investing in computers, multiple screens, and pre-recorded programs which have the advertising removed from them.

The Board of Channel Ten sound like rich amateurs. Worse, their product reflects the tastes of the Board.

Similar to the Simpson’s lead in. I too used to rush home to line up and watch “the project” now I notice it is “encored” later at night. So I record elsewhere. The Project, Ten News and then Lettermen are a reasonable line up for later in my following morning. I do not let its schedule time interfere with other better things to record on seven and nine As for Letterman I skim through most of it. Going straight to The Top Ten and then the interviewee. It is yank and only of vague interest. One or the other TV stations should work to find something new and of substance for us Australians. They wont find it in old archives of decades gone by ! Edward James

Ditto to what Venise wrote.

If TEN merely replaced the Fox and Shine productions with decade-plus replays of ‘Frasier’ they’d probably increase ratings as well as raise the quality of their woeful programming.