Big bucks at stake in Timor deal. Resources Minister Martin (“Marn”) Ferguson is in East Timor today, working on the vexed issue of sharing highly lucrative oil and gas reserves under the ocean between the two nations. As Crikey wrote recently, the pact between East Timor and Australia over sharing undersea resources could lapse, as a deadline for Timor and Woodside to strike a deal on developing a gas project falls tomorrow. No deal may mean the sea border between Timor and Australia is redrawn.

There are rumours that Timor may be willing to hold fire on its threat to walk away from the Woodside negotiations, although Timor’s Resources Minister upped the ante yesterday, saying the fledgling nation may develop its gas project without Woodside. We hear the Timorese PM is not in town for the talks with Ferguson — he’s just left for South Korea.

“This visit reaffirms Australia’s commitment to continue to work in a positive and cooperative manner with Timor-Leste in facilitating development of the Greater Sunrise gas-fields to ensure continuing economic development.”

Watch this space. We’ll bring you more next week. And if you’re in the inside, drop us a line on what’s going on.

Rumbling those R&D perks. Crikey has been nosing around on the R&D tax breaks big business is set to lose to fund Labor’s manufacturing policy (read previous entries here, here and here). This from a mole who used to work with a firm trying to break into the energy field with a new process:

Your tax dollars at work, people — allowing brave businesses like this to forge new research frontiers and get a tasty tax break for doing it. It would seem this type of firm would not lose the R&D tax breaks as only large firms will. Maybe the whole program should be more closely scrutinised? If you know of more rorting of the system, let us know.

Unfollow. Oh dear. Might not be worth following these guys on the Twitter — not after they sacked 648 people yesterday. 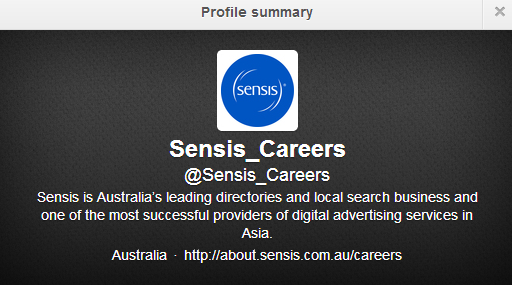 A recent tweet is “10 steps to happiness at work” (don’t get sacked?).

Abbott Clan Watch. Inspired by Tony Abbott’s habit of rolling out his daughters for the media (one has even spoken at his press conferences), Tips is keeping track via the new Abbott Clan Watch, launched yesterday in homage to this pic of Abbott holding hands with his 20-year-old daughter Bridget. We asked what you thought about Abbott’s use of his family in the media. Most of you disapproved:

“Nice girls, presumably, but his use of them is pathetic”

“Abbott is simply an exhibitionist of the macho variety. Once it was the hairy chest and red speedos, but these were howled down and made into laughing stock (thankfully!). So what’s left to the macho bloke? What’s left is to flash his genitals by proxy by showing off the results, in this case some not-bad-looking daughters. But the underlying message is simply ‘aren’t I great; I’ve shagged my wife’ … I expect something more than such trivia from an aspirant to the exalted position of head of government”

“Holding hands with his daughter? I don’t think so. There is something so cynical and creepy about it that it out-creeps and out-cynics even the usual level of Abbott behaviour”

“One can’t help feeling that displaying the fruits of his loins is an ‘up you to Julia’ moment. Look at me, he’s saying. I’ve had children unlike the barren Ms Gillard who isn’t even married so how the hell would she know how to bring up a family. Personally, seeing the pictures of him with a grown-up daughter holding hands makes me want to vomit!”

But we did find one reader who had no problem with the photos:

“It’s an opportunity for him to actually spend some time with them, something he hasn’t done much of over the years, judging by his comment that his wife brought their daughters up and judging by the media coverage of him all over Australia on weekdays and weekends when Parliament isn’t sitting”.

This reader raises a good point — is Abbott supposed to leave his daughters at home to avoid being photographed with them? We’ve certainly stirred a hornet’s nest with Abbott Clan Watch; help us update it by emailing us media photographs of Abbott with his family.

Tips and rumours: How low does Abbott’s manscaping go?

Abbott :- leaving the messy bits (child rearing to his wife) to someone else, again…?

Timor may prefer to negotiate with Labor. As I recall, the Coalition’s negotiating tactics were particularly aggressive and exploitative.

Surely there’s pictures of Abbott with his “son” that was born out of wedlock. For someone so happy and content to have 3 daughters he certainly appeared very eager to want that issue to be his. What a psychotic piece of work he is, a boxing wannabe priest who wouldn’t hesitate to evangelize all of us by force to obey the voices in his head that he thinks is God talking to him.

The soft-focus happy-family Abbott media campaign would have never got off the ground but for Julia’s misogyny speech last October.

Her overreach then has laid a platform for Tony’s re-invention as a warm-hearted bloke surrounded by loving women.

Back then, Crikey was full of hyperbole about politics having changed for ever when six months on, it turns out to be yet another Gillard mis-judgement and a very nasty mean spirited one at that.

I wonder what McTernan thinks about it now?

Her overreach then has laid a platform for Tony’s re-invention as a warm-hearted bloke surrounded by loving women.

Uh huh, and when’s that going to happen ? Because all the women I know under 50 can’t stand the bloke, and most of them think him parading his daughter around is just downright creepy, especially in the context of how important he thinks their virginity is.

No-one thinks Tony Abbot is “warm hearted”. A couple of decades of prior behaviour makes the mere idea hysterical.