Queensland's Sunshine Coast author Loani Prior has made the short list for a book competition conducted by the major industry trade journal The Bookseller.

The blame game. I have been writing about the potential of hospital funding being a vote loser for Labor for many months now and so it is coming to pass. The blame game between federal and state governments is just warming up.

Another day, another way. The fallout from that silly decision to allow the formal agreement with the Greens to end becomes more apparent every day. The latest potential casualty? Gonski education reform funding. At this rate there will not be much governing between now and campaigning time.

The tabloids disappoint. Goodness me, the tabloids are running dead. Hardly a leadership story to be seen this morning. Holding their fire for next week’s Newspoll I expect.

Still, the ABC is not disappointing. Another easy victory for the ABC in Chunky Bits Daily Leadership Beat-Up Award with a fine lead item on last night’s 7pm news featuring a language warning and Paul Howes.

And that provided an excellent lead in for this item on the 24-hour news service this morning: 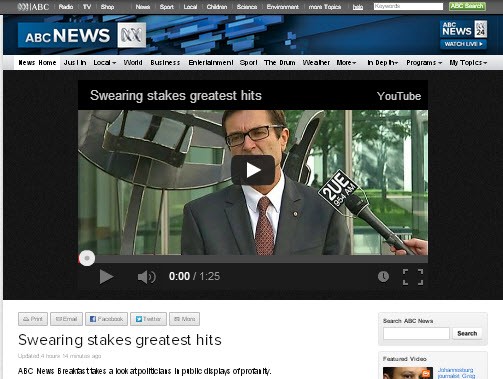 Lesser of two evils. The Prime Minister must be wondering which is worse: privately gossiping Caucus members or publicly defending union officials?

The impact on her chances has been considerable. The market now puts a 63% probability on Julia Gillard losing her job before election day.

Who is the really, really, real VIP? The cult of celebrity is overdone, wrote my editor introducing yesterday’s celebrity issue of Crikey. A sentiment I wholeheartedly agree with but, dare I write it, I prefer a musical version of the sentiment. 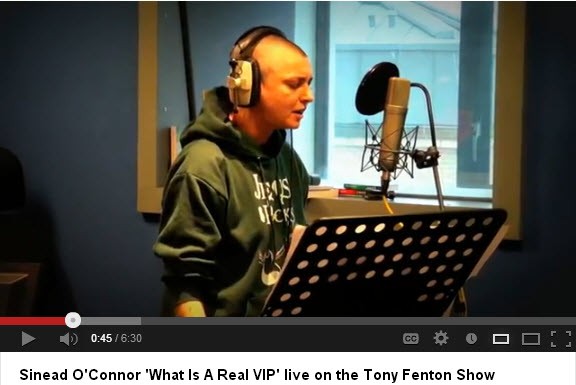 On the short list. Queensland’s Sunshine Coast author Loani Prior has made the short list for a book competition conducted by the major industry trade journal The Bookseller.

How Tea Cosies Changed the World will be up against Lofts of North America: Pigeon Lofts, God’s Doodle: The Life and Times of the Penis, How to Sharpen Pencils, Was Hitler Ill and Goblinproofing One’s Chicken Coop.

Previous winners of the Diagram Prize for Oddest Book Title of the Year include Greek Rural Postmen and Their Cancellation Numbers, How to Avoid Huge Ships, Living with Crazy Buttocks and, most recently, Cooking with Poo. Another previous winner, A Short History of Tractors reportedly has so far sold a million copies despite being written in Ukrainian.

Xi Jinping, and the Chinese economy, are weaker than they look in a post-pandemic world