The academic background to last year's Boyer Lectures was funded by global miners Rio Tinto and Woodside. But the audience was none the wiser. Should she and the ABC have disclosed? 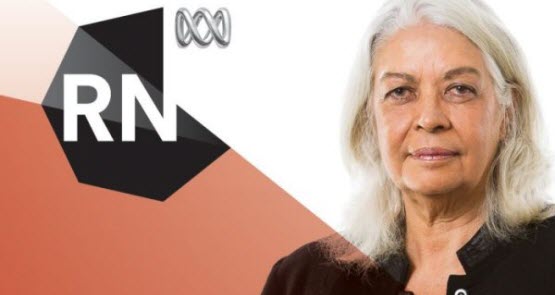 Indigenous leader Marcia Langton and the ABC have defended a lack of disclosure over last year’s Boyer Lectures, despite tens of thousands of dollars in cash for Langton’s academic research being sourced from resources giants Rio Tinto, Woodside and Santos.

The series of five Boyers, titled “The Quiet Revolution: Indigenous People and the Resources Boom”, were delivered late last year by Langton at the ABC’s Brisbane studios and beamed around the country on Radio National.

They argued the boom had substantively benefited indigenous communities, with Langton lauding the work of a number of corporate behemoths — notably Rio — in providing job opportunities and friendly chop-outs. One lecture featured a full frontal attack on the “conceit” of anti-mining greenies.

But what listeners weren’t aware of was that two of the companies Langton praised were also bankrolling her.

The Melbourne School of Population and Global Health, where Langton serves as chairperson of Australian Indigenous Studies, documents in its 2010 annual report that $480,000 in funding had been secured over four years for Langton’s joint Australian Research Council project “Poverty in the Midst of Plenty: Economic Empowerment, Wealth Creation and Industrial Reform for Sustainable Indigenous and Local Communities”. The cash was provided by the federal government, corporate partners Woodside, Rio and Santos, and the Marnda Mia Central Negotiating Committee, a company that represents traditional owners in deals with Rio management.

According to a project outline, the study aimed to “promote economic empowerment for sustainable indigenous and local communities” by, among other things, removing the barriers to indigenous participation in large-scale resources projects. While a funding breakdown is not provided, Woodside confirmed it had provided $30,000 over three years. The project ran from 2009 until 2012.

Crikey asked Langton, the University of Melbourne and the ABC to explain the lack of disclosure. The university referred all queries to Langton. In an emailed statement, Langton told Crikey she had delivered the Boyers in a “private capacity”:

“I and the other members of the research team have complied with the university’s and ARC requirements for publications. The Boyer Lectures, however, are not subject to the university statutes.”

She says full details of the grant are available on an indigenous website, www.atns.net.au.

University of Melbourne researchers are required, under an official code of conduct, to ensure all:

“… publications must include information on the sources of financial support for the research and must include a disclosure of any potential conflicts of interest.”

The ABC’s Editorial Policies require the national broadcaster to:

“… ensure appropriate disclosure of any external funding arrangement … where the arrangement or acceptance, if it were not disclosed but later became public, may reasonably be perceived to distort the editorial content or otherwise undermine the ABC’s independence or integrity.”

In its statement, the ABC said that “in previewing the lectures, the ABC referred to Professor Langton’s position as chair of indigenous studies at the University of Melbourne”:

“The university has its own rules on funding disclosure. The treatment of Professor Langton was no different to that applied to other respected Boyer lecturers, including … Rupert Murdoch, General Peter Cosgrove, former prime minister Bob Hawke and author Geraldine Brooks.”

The Boyers continue to feature prominently in audio and transcript form on the ABC website and were also republished last year — without disclosure — as opinion pieces in the Fairfax press.

In her first lecture called “Changing the paradigm: Mining Companies, Native Title and Aboriginal Australians”, Langton fondly recalled her experience dealing with a sympathetic manager at a Rio-owned Argyle Diamond Mine in Western Australia in the early 2000s. She said the manager:

“… became a champion for the Aboriginal people of the east Kimberley. He revolutionised the culture of the Argyle Diamond Mine by opening the doors to Aboriginal people. Today, the rate of Aboriginal employment at that mine stands at 25% of the total workforce.”

“In the last decade, mining companies and ancillary services have employed Aboriginal people and Torres Strait Islanders in larger numbers than ever before in Australian history. Some mining companies, for example Rio Tinto Ltd, Fortescue Metals Group and BHP Billiton, have developed recruitment and other labour force strategies in the last few years that have contributed to creating the largest Australian Indigenous industrial workforce ever …

“Rio Tinto Iron Ore has provided literacy and numeracy programs, family and community support programs and mentoring of indigenous employees. These have all been critical to increasing indigenous employment.”

In her third Boyer, titled “Old barriers and new models: The private sector, government and the economic empowerment of Aboriginal Australians”, Langton explains how former Rio chairman Leon Davis “made a headland speech that shifted the industry’s paradigm” to break with the approach of Western Mining’s Hugh Morgan:

“Davis’ acceptance of native title and tilt towards respect for traditional owners enraged Morgan and other industry leaders but led to the sophistication in agreement making that we witness today.”

Rio’s landmark 2011 Gove Mining Agreement with the Yolngu people provided “outstanding long-term financial terms and opportunities to tap in to the regional economy created by the mine”, Langton said.

A fourth lecture, “The conceit of wilderness ideology”, took aim at leading environmentalist and climate change commissioner Tim Flannery. Langton wondered aloud whether Flannery was “racist” because he had argued in Quarterly Essay that a Bligh government decision to hand back a part of a national park to its traditional owners for mining may have trumped the interests of nature:

“For 40 years this racist assumption in the green movement about Aboriginal people being the enemies of the wilderness is a leitmotif of deals between conservation groups and state governments to deny Aboriginal people their rights as landowners and citizens of Australia.”

Simon Longstaff from the St James Ethics Centre told Crikey that although Langton had long held views similar to those expressed in the Boyers, she — and the ABC — should have disclosed the funding because of the specific and ongoing nature of the tie-up.

“If you’re going to mention specific organisations, either to endorse them or to criticise them, and if there’s a financial relationship of support, then it’s just a matter of prudence to advise those who might be broadcasting or publishing those views that that forms part of the background to your thinking,” he said.

“If there’s a direct and ongoing monetary relationship it’s a wise thing to disclose that so the public is aware.”

Rio, which did not respond to requests for comment, is also involved in Langton-linked projects elsewhere at the University of Melbourne — it is the foundation corporate partner of the Murrup Barak Melbourne Institute for Indigenous Development, at which Langton is a graduate course co-ordinator.

An interview for a 2011 Monthly feature on Langton penned by Peter Robb was conducted at Rio Tinto’s Australian head office in Collins Street.

This explains a lot about Marcia’s recent media statements.

What did the ABC have to disclose? They did not receive any funding. Where would you draw the line if the ABC had to disclose who contibutes what to any speaker that is broadcast.

That being said the speaker should certainly have acknowledged that information as a matter of maintaining credibility.

Thanx for this report. I agree that Langton should have disclosed the funding and conflict of interest. The University of Melbourne’s (and prolly other universities’) policies are too weak either in substance or in implementation.