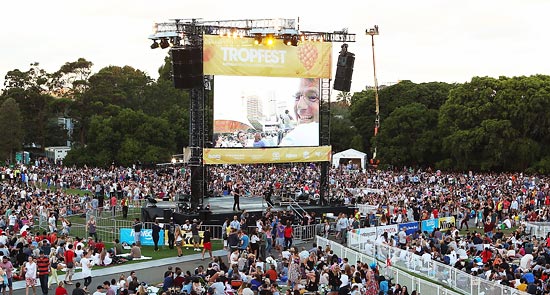 In 2002, web evangelist Tim O’Reilly wrote an article provocatively entitled “Piracy is Progressive Taxation, and Other Thoughts on the Evolution of Online Distribution“. “Let me start with book publishing,” he began …

“More than 100,000 books are published each year, with several million books in print, yet fewer than 10,000 of those new books have any significant sales, and only a hundred thousand or so of all the books in print are carried in even the largest stores. Most books have a few months on the shelves of the major chains, and then wait in the darkness of warehouses from which they will move only to the recycling bin. Authors think that getting a publisher will be the realization of their dreams, but for so many, it’s just the start of a long disappointment.”

O’Reilly drew a lesson from this analogy: “Obscurity is a far greater threat to authors and creative artists than piracy.”

One of the central challenges of making art is getting noticed. As O’Reilly notes, the modern cultural industries are amazingly profligate producers of content. In the age of the internet, the average consumer is able to access an almost infinite supply of films, books, music, art or games. Despite this, the cultural industries continue to churn out more product every year than the total market can reasonably support. In industries in which, as William Goldman famously noted, “nobody knows anything”, most works fail to connect with an audience.

This over-supply imposes a unique logic on cultural labour markets. Perhaps the best known is the so-called “superstar” effect, which Crikey examined in the market for high-profile art gallery directors last year. The radical inequality of creative labour markets means that while superstars command ever-higher salaries and fees, art schools and universities are churning out many more graduates than can possibly “make it” in their chosen industry. As Richard Caves notes in his classic textbook Creative Industries, “the market for aspiring artists does not clear at a positive price”.

The insecurity drives the desperate hunt for “profile” by artists and creative workers. It extends beyond name-brand writers and musicians, all the way down to the various trade crafts that underly cultural production, such as camera operating, front-of-house mixing and graphic design. For an artist, a high profile is not just a matter of acknowledgement at an awards night, or the chance to negotiate a pay rise; it’s the difference between working and not working.

Filmmaking is a classic example. The vast over-supply of creative labour ensures there are many more people who want to be motion picture directors and actors than can ever be comfortably accommodated by the screen industry. As a result, artists must serve long apprenticeships and must often work for free while their talents and their work are still unknown.

The quest for profile is surely what drives the recent explosion in open-access festivals like short film competitions and fringe festivals. Especially in filmmaking, recent years have seen a growing number of festivals devoted to short films contributed by competition entrants, who gamble their own money and time in return for a chance at exposure.

In Australia, the best-known of these competitions by far is Tropfest, by some measures the world’s largest short film festival. It charges a modest entry fee for entrants. It curates a short-list of finalists that it then screens at the main event. And it crowns a winner, with associated fanfare, prize money, and best of all, exposure.

For those working on Tropfest entries, winning a gong is generally a secondary consideration to building up contacts in the industry, and working with like-minded cast and crew. As indie director Darcy Yuille told Crikey this week, “as a clapper loader, I got the chance to pull focus on Tropfest films and this allowed me to make mistakes and learn on the job without the pressure … The general rule is: work for free for someone, they will come and work for you”.

Yuille has worked on “about 10 or maybe more” Tropfest entries during 18 years in the industry. Most involve significant amounts of voluntary labour. “The majority of these films, if all crew, rentals and fees were to be paid — such as actors, equipment fees and post — would range into at least the $50,000 mark, if not more,” he said.

“Ultimately … exposing your short film to that many people is impossible anywhere else, to my knowledge.”

The rising budgets of Tropfest entries has been a significant concern in the industry of late. Tropfest’s founder and director John Polson showed a degree of sensitivity about the amount of money entrants were spending on their films during his interview with Crikey‘s Luke Buckmaster earlier this week. The interview sparked a robust Twitter exchange, after Polson accused Crikey of misrepresenting the chat.

Brisbane-based director/producer Lucas Thyer from PixelFrame has made short films for festivals and competitions, including a short-listed Tropfest entry. “There’s a lot of film festivals, they’re popping up all over the place,” he told Crikey. “They all serve different purposes.

“One was a proof-of-concept for a feature film, that played at the Brisbane International Film Festival up here, at the Toronto Film Festival and a bunch of others. The purpose of that was exposure to develop it into a feature — which is something totally different to what we entered into Tropfest.” (Pixelframe is currently developing a feature based on a short called Skull Punch.)

Thyer says every festival has its upsides and downsides, and filmmakers have to judge what they’re hoping to get out of entering. “There are 100,000 people watching your film, instead of 300 per session, and that’s a huge thing. Films that I’ve directed have played at St Kilda, at Flickerfest, they’ve played in London and Cannes — none of those places have an audience as big as that,” he said.

“Ultimately, if you’re an established director making a short film wanting to tell a shorter story, or you’re an emerging filmmaker, exposing your short film to that many people is impossible anywhere else, to my knowledge.”

The budget for Thyer’s Tropfest entry, Cubicle, was about $13,000, raised through crowdfunding. “That money went to paying a few specialists, we had a safety diver, there was catering, art department,” he explained. Crew who worked on the film also often work with Pixelframe on other projects, so there is an informal gift economy of voluntary creative labour. “Everyone who worked on our film we employ in some aspect. Julie, our other producer, is a line producer for [US television series] Terra Nova, so people don’t mind doing a favour because they’re going to get a whole lot of other work from that.”

The free labour that goes into these “apprenticeship productions” is an increasing topic of debate. Australia Council chairman Rupert Myer pointed to the culture of free creative labour in a speech marking the 40th anniversary of the arts funding body in Canberra this week. “There is a huge element of volunteering across the arts,” he told the assembled guests, adding:

“Artists are extremely generous with their time and talent but what the world wants is content, content, content across all art forms and it’s not reasonable to think that artists should remain unremunerated for the expertise that they bring to different projects.”

In return for all that volunteer time, festivals like Tropfest often take ownership of an impressive set of rights in the films that they screen and give prizes to. Tropfest’s terms and conditions give the festival “an exclusive license throughout the universe, in perpetuity, to distribute, license and otherwise exploit the Film, or any part of the Film, in any and all media”.

It seems like a pretty big content grab, but as film layer Jules Munro, of Sydney media and entertainment law firm Simpsons, told Crikey: “Tropfest needs proper and comprehensive clearances to use the shorts, particularly given the range of platforms Tropfest uses and the publicity it generates for the aspirant entrants”.

So the huge media empire that Tropfest is creating gives winners and finalists more exposure should they hit the jackpot and make it through to the screening stage. But that empire is built on the blood, sweat and tears of artists themselves, desperate for a break and a chance to get ahead in an intensely competitive labour market.

Who’s making money in art? Everyone but the artists

analogy: a similarity between like features of two things, on which a comparison may be based

Ben, what you are describing is known as “psychic income” (the non-monetary rewards or benefits associated with a particular activity). It applies to many industries – not just filmmaking or even the arts. But there has been a lot of work done on the importance of psychic income in the film industry: http://www.mediawave.tv/site/item.cfm?item=D7853B42C29F442E68DB91B16F545F36
What would be useful is if someone were to follow up with Tropfest finalists – to see if their “exposure” actually amounted to something (i.e. offset the deferred income that the filmmakers would have earned if they had worked in a different industry instead).

I just spent five minutes googling Lucas Thyer and Cubicle. I can’t find anything to watch. So much for exposure.

Ben crikey have stuffed up by the looks of it if you would have googled Lucas Thyer and tropfest you would have found this http://tropfest.com/au/2013/02/05/time/

“The vast over-supply of creative labour…”