We all complain Labor lacks a narrative. But what if positive narratives are now impossible to effectively communicate? Look overseas and it may well be the case. 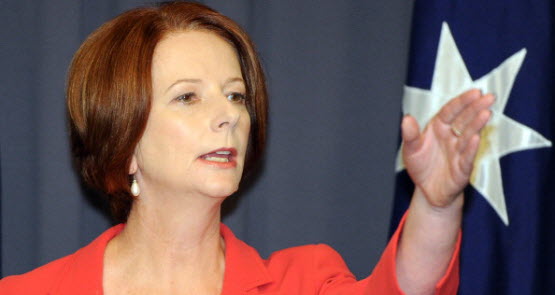 It’s funny, but no one in Labor is laughing: the very week the Gillard government produces its most coherent economic and political statement of the entire time Labor has been in office, it gets accused yet again of lacking a “narrative”. Waleed Aly, joining Fairfax’s new “all leadership speculation, all the time” format, says governments “thrive on narrative” and Labor ain’t got one.

Ah, the irony — Labor’s actual narrative can’t be heard over the clamour of leadership speculation and insistence it hasn’t got a narrative.

This is only the most recent of almost countless articles about Labor’s lack of an overarching narrative — many of which, I readily confess, I’ve authored myself. It’s taken as an article of faith that governments need a central story around which to structure their communication with voters and to guide their governing priorities. Labor’s peristent problem, we’ve all maintained, has been it lacks such a theme and that that is reflective of its lack of core values.

Well perhaps it’s time to reassess how much we rely on the “narrative” narrative.

You see, this government isn’t the only one about which, it’s lamented, there’s no narrative. The Obama presidency has been dogged by complaints he lacked a narrative, or (premature, as it turned out) declarations that he’d finally found one. One Washington Post writer in 2010 was already toting up the number of times Obama’s loss or lack of narrative had featured in mainstream commentary. In the lead-up to the 2012 election, there were complaints Obama had lost his “narrative mojo” or allowed Republicans to impose their own narrative. A re-elected Obama had finally found “a strong narrative arc”, another writer opined in December. His State of the Union address was seen as an attempt to replace an “austerity narrative” with a more progressive economic narrative.

David Cameron hasn’t fared any better. The Tories lack a clear message because Cameron doesn’t have one, the New Statesman’s political editor complained earlier this week. Cameron lacks a convincing narrative, a Guardian commentator noted at the end of last year. And it’s not just the Left in the UK. “There is no leadership and no narrative. Kids are running Downing Street,” an unnamed Tory MP was quoted as saying a fortnight ago. Cameron had allowed Labour’s Ed Miliband to create a narrative of government incompetence, a senior Telegraph commentator explained in October.

Still, Gordon Brown had the same problem. There was no distinctive Labour narrative, the Independent’s Peter Hain lamented in 2009. Or if it existed it was confusing, a Spectator columnist suggested. Brown allowed Cameron to paint him as incompetent, too.

So what’s going on — do we have an entire generation of Anglophone politicians who have entirely lost the capacity to communicate narratives effectively, who can only stand idly by while their opponents portray them as incompetent? It seems unlikely — does anyone seriously suggest Barack Obama is a poor communicator? Or is our concept of a “narrative” now flawed? Before we read the next article on Labor’s failure of narrative, think about these points:

All of which suggests that if Labor wants to meet our benchmark of successfully communicating a narrative, it should keep it simple, negative, divisive, artificial and relentlessly controlled. As if that would keep us happy.

One thing I find commentators over reaching in attacking Labors as “don’t know what they stand for” when they relate it to asylum seeker issue.

Menzies signed the Refugee Convention. The Liberals now walking away from it, one could say that they are the ones who don’t know what they stand for, in addition to the big socialist ideas of baby bonus and gold plated parental leave.

Politics is so lame in this country. I want Clive Palmer to run for office, bring on someone like Berlusconi and inject some bunga bunga into the polity.

Also, bloc voting on asylum seekers law and gay marriage. Whatever happened to the Liberal ideal of freedom and conscience vote?

You left out “delivered in three word sentences using words of one syllable.”

Labourers never, never, never shall be slaves!
There’s your bloody narrative!
Adam Smith’s “labour and capital”, economic truisms are some how so obscure in this post-modern age as to be lost altogether?
A narrative out of context is mere gibberish, the calling -card of this post-modernity.
It is like something out of the conversation at the Mad-Hatters Tea Party.

welcome to the future….msybe the narrative is a concept past its useby date…things are no longer that simple…a government has to govern and cope with what actually happens rather than just make pictures of the bombing patterns