Our land isn’t Geert by sea. Every day in every way, Geert Wilders‘ essential stupidity comes more clearly into view. Is it possible that News Limited is regretting its shameless boosterism of the man? His latest brilliant wheeze to convince us that Australia will be ‘Islamised’ by its 2% Muslim population is to call on […]

Our land isn’t Geert by sea. Every day in every way, Geert Wilders‘ essential stupidity comes more clearly into view. Is it possible that News Limited is regretting its shameless boosterism of the man? His latest brilliant wheeze to convince us that Australia will be ‘Islamised’ by its 2% Muslim population is to call on the Anzac spirit.

“I believe Islam and freedom are incompatible, and I think we should be awake to this terrible ideology … and we lost track of what we really are and what we should be and what our grandparents, also in Australia with the Anzacs, what they fought and died for, to liberate Europe.”

Great choice. Take an event that most Australians see as meaningful because it expresses the futility and waste of war and the perfidy of the British, and try and sell it as a defensive attack in Islam. Forget the fact that the Ottoman empire was fighting on the side of Europe, i.e. Austria-Hungary and Germany, where some of your great-grandparents are from. Ignore the general Australian consensus that the Turks had never done anything to us, that the day symbolises the moment at which we stopped thinking of ourselves as an appendage of Europe, to be deployed at the behest of the English, and instead assume we could see no higher purpose worth dying for.

Disregard the way in which Gallipoli has drawn us closer to Turkey and enhanced our understanding of the role it played in Turkish history. Don’t mention that the Turkish commander who kicked our arses was Mustafa Kemal Ataturk, the great secular moderniser of Turkey. Or that thousands of Australians meet and commemorate together with Turks every year at Gallipoli cove. Or that Anzac Parade in Canberra hosts the Ataturk memorial, with his extraordinary words of reconciliation:

“There is no difference between the Johnnies and the Mehmets to us where they lie side by side here in this country of ours … Your sons are now lying in our bosom and are in peace. After having lost their lives on this land they have become our sons as well.”

Above all, don’t do any serious research on the country you’re coming to. Assume that our patriotism has the same obsessive focus on national purity as northern Europeans’. Fail to consider that a national day of remembrance might be, at its root, and however corrupted, one of reflection and pity, rather than triumph and hubris. Make sure you come across as a condescending and arrogant European. Above all, don’t let anyone find out that you are of part Dutch East Indies Eurasian heritage on your mother’s side and are pretty much just another overcompensating Dutch racial neurotic (we already have one of those, obsessed with the fact that white kids wouldn’t play with him at school).

Return to your declining party at home to take it to fresh losses. Wait three years. Appear on Sterren Dansen (Ice Skating with the Stars). — Guy Rundle

Not that kind of school girl. A seriously questionable usage of a photo by The Australian to accompany a story on teenage students. 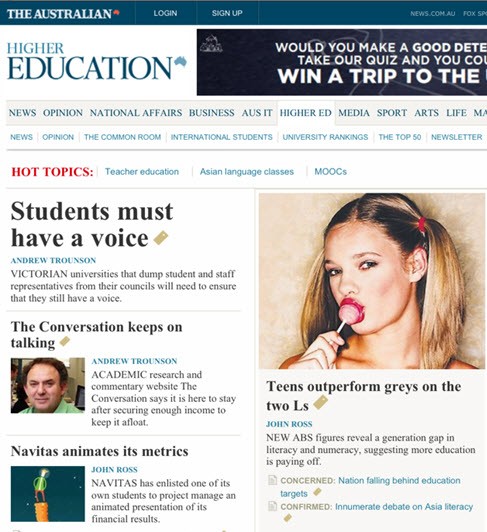 Front pages of the day. Judging by The Cairns Post and The Daily Telegraph, tabloid headline writers all have small children. 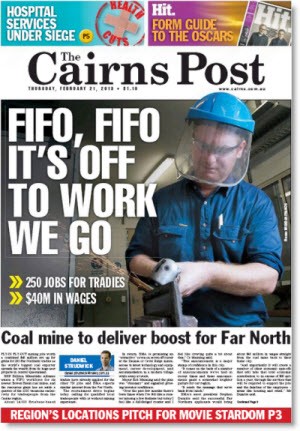 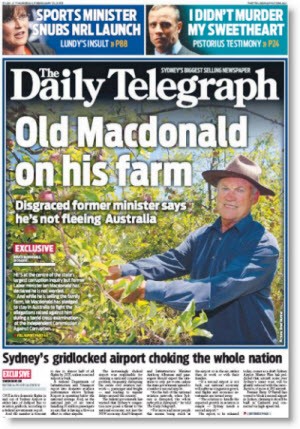 Wilders from the inside, where mouths are ‘more dangerous than guns’

The best, most heartfelt put down of Geert Wilders I’ve read this week. Thank you Guy Rundle.

So was it Bint or Flolt?

Karl Popper was of the view at the LSE in the 1960’s that the Achilles heel of liberal democracy was that they/we tolerate the intolerant. Greet has seized on this and made it into a shibboleth
Does anyone have N answer to this paradox?

Fantastic article Guy…written with the wonderful, sarcastic wit which is beautifully Australian. Thank you Crikey!!
Time this regressive mind got a wake up call ( at least let’s hope so.)

They fought to liberate Europe from Europe – not Muslims?