As we live to older ages Australia's burgeoning superannuation system is struggling to cope. Generous tax concessions have dubious benefits, Mike Steketee writes at Inside Story. 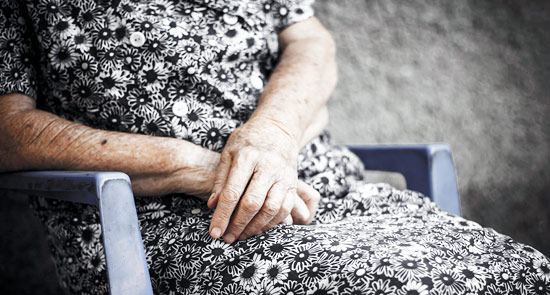 It’s a good question, particularly if you are now around 24, which was Paul McCartney’s age when his song was released on the Beatles’s Sgt. Pepper’s album in 1967.

Decades earlier, in 1909, Australia had become one of the first countries in the world to introduce an age pension. Only half the population lived long enough to reach the qualifying age of 65, and those who made it that far could expect, on average, to keep going to 76 if they were male and 78 if they were female. Even then, a tough means test saw fewer than one in three actually receive a pension.

Today, almost 90% of Australians make it to 65, and men can then expect to live on to 84 and women to 87, according to government figures. Almost eight in 10 of them get a full or part pension, and most receive extra income from superannuation, subsidised by tax concessions while the funds are accumulating and tax-free when they’re paid out. So they’re okay, Jack — while it lasts.

Yes, we are much richer as a nation than 100 years ago. But we are increasingly careless about how we hand out the wealth. When it comes to working out how we can continue to keep baby boomers in the manner to which they have become accustomed, the figures look downright scary.

The first baby boomers have reached retirement age and the big bulge they create in the nation’s population profile is going to take a long time to digest. In 2010, 3 million Australians were aged 65 or older, but by 2050 that figure will have reached 8.1 million, a much faster growth rate than for the rest of the population. They will make up nearly a quarter of the population, and most of them won’t be paying income tax.

But according to the Actuaries Institute, even these Treasury projections considerably underestimate the size of the problem. “Australian life expectancies are rising much faster than is commonly understood,” said Melinda Howes, the institute’s chief executive. “The figures that are generally reported are life expectancies for males and females at birth.” By the time someone has got to the age of 65, the equation has changed: by definition, they are going to live longer than average. “If you look at a 65-year-old in 2010, the man who thinks he is going to live to 79 is actually going to live [on average] to 86. That is 50% longer than he is expecting.”

Treasury projects improvements in mortality based on past trends. When Howes and her colleagues were writing Australia’s Longevity Tsunami, a study the institute released last year, they used figures from the government actuary that allow for both past and future improvements in mortality. On that data, life expectancy at age 65 rose two years — to 86 for men and to 89 for women.

Rates of improvement in mortality can vary appreciably, the report cautions. But it says that its projections “may be the best indication that we have and are more realistic than the reported life expectancies”. In fact, it suggests that even those projections could be too conservative. “At every point over the last 40 years we have underestimated how fast our longevity is improving,” said Howes. As the report puts it:

“The pace of scientific development appears to be accelerating and it is possible that this explosion in knowledge will drive increasingly rapid advances in medicine. These advances may cause mortality rates to fall with increasing speed.”

Australia’s Longevity Tsunami cites medical advances such as the mapping of the human genome, stem cell research and the 40% drop in heart disease in the first decade of this century. Then there is the development of a “polypill” — a combination of well-known medicines that advocates say could reduce deaths from heart disease and strokes by up to 80% if taken by everyone over the age of 55. And there is growing talk about a “cure” for ageing. All of this is great news for us as individuals but it has consequences that cannot be ignored.

On the other side of the ledger, Howes acknowledges that increasing obesity and diabetes could slow the increase in longevity, just as unforeseen events, such as war, have done in the past. “What we are really saying is that, if we are still underestimating, then here are the implications,” she said. For retirees, the implications are that they will run short of money because they live longer than they expected. For the nation, they make the already substantial impact of an ageing population more severe.

Treasury has told Howes it accepts the institute’s findings and will change its assumptions about mortality improvements. As a result, the life expectancy figures it uses will rise by about three years — as will the estimated cost of supporting an ageing population.

Not closing the gap: indigenous lifespans remain too short

Get Fact: do gays have more health problems than smokers?

Free ciggies for anyone with a seniors card I say! Would save my Mum a packet. It would be interesting to get some stats on what people die of and at what age – we are constantly being bombarded by stats by charities “5 people every year die of toe hemoblasty!!!”, without the full picture as to how old they were and what else they were suffering. There is too much emphasis on quantity of life over quality.