Swimming against the tide: do athletes make good bosses?

The report into culture and administration at Swimming Australia is damning. There was a critical failure of leadership, under a system that doesn't put the best in charge, writes sports researcher Dr James Connor. 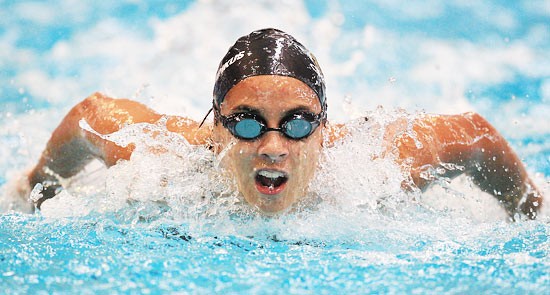 The kitchen table used to be the most important venue for sporting organisations. It was there the ad hoc group of parents, athletes, friends and hangers-on met and ran sport. It didn’t require great financial skill (there was little money); media management consisted of whose turn it was to phone the results into the local rag, and sponsorship was asking the local butcher for barbecue snags.

The professionalisation of sport has changed all this. Sport is now big business and administrators are expected to run multi-million dollar, high-performance endeavours geared to winning medals. Sadly, it appears few sporting organisations are up to it if Swimming Australia, as a wealthy Olympic sporting organisation, is anything to go by.

The two reports released yesterday — examining culture and leadership and administration — around the performance of swimming in London and over the last Olympic cycle (2009-12) makes for shocking reading. The fact that any medals were won is a testament to how good some swimmers were at overcoming adversity.

The report on culture notes hazing, harassment, sidelining of the less “newsworthy” athletes, a singular focus on winning and immense emotional volatility in the team. Damningly, the review of culture and leadership notes:

“There were enough culturally toxic incidents across enough team members that breached agreements (such as getting drunk, misuse of prescription drugs, breaching curfews, deceit, bullying) to warrant a strong, collective leadership response that included coaches, staff and the swimmers. No such collective action was taken.”

Simply, the bad behaviour was tacitly condoned so as to not offend or disrupt the preparations of the “stars” — with disastrous consequences for everyone’s performance.

Swimming is certainly not alone in the problems it faces moving towards a serious, professional business. As both reports note, the training, experience and capabilities of the board and senior management were highly questionable. But this is not just swimming’s problem — all sports suffer problems of internal politics and disputes which are only amplified in the media climate of a “failed” Olympic campaign. The call for better management can be applied across all sports — especially if we are to believe in the corruption allegations raised by the Crime Commission investigation.

While the panacea of “we need better leadership” is wheeled out in every such report, sport faces a particular problem. It is the doing/done leadership model: the idea you cannot lead a sporting organisation (or coach it) unless you have performed at the highest levels in the sport (although sometimes allowances are made if you have excelled in other sports).

If sport is business, why are we restricted to such a small talent pool — surely it should be about the best person to lead and manage a high visibility organisation, tasked with spending public money to win medals? Perhaps the focus should not be on turning high performing sports people into administrators, but having what are undeniably businesses led by those who understand leadership.

Perhaps the real scandal here is how so much public money (almost $12 million in 12/13) has been wasted on an organisation with such problems. Is the Australian Sports Commission really overseeing the expenditure of public money adequately? The reports are damning of the leadership within swimming — why was this not apparent to the ASC if they were actively oversighting the expenditure of public funding? I’ve been told it was certainly apparent to swimmers in the years leading up to the London Games.

We appear to have the perfect storm for increasing oversight and regulation of sport and sport governing bodies. If this inevitably increases the role of administrators, there needs to be a commensurate increase in their skills. Without that, it is likely that increased central control will lead to the stifling of innovation, training and winning.

Surely the question is, Do Athletes Make Good Humans?