Maris Kloppers will leave BHP Billiton in good shape. But his propensity to overreach has left its mark on the firm and the country, writes David Llewellyn-Smith of Macro Business. 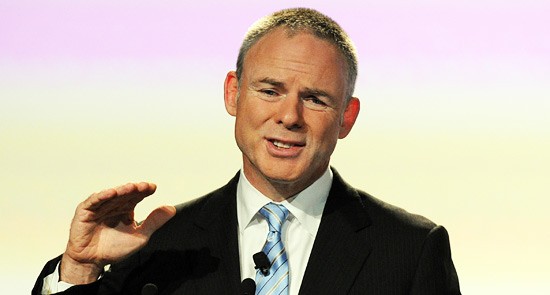 Some boom — the second major iron ore boss in as many weeks has left his job.

Following the departure of Tom Albanese from Rio Tinto, today Marius Kloppers retired from his role at BHP. He did so after posting the worst profit results since 2005, which the company described as unrelated.

So how can we view Kloppers’ legacy? It’s not an altogether easy task.

Kloppers led BHP though an extraordinarily tumultuous period in which the company successfully faced down a global financial crisis and a tax war with the Australian government, while enjoying an unprecedented mining boom. The firm certainly emerges from this period in a strong position and is much better placed than its nearest rival, Rio, with still high profits and negligible debt.  But one might rightly ask: should it have been better?

Kloppers’ most obvious achievement was to lead the breaking of the annual contract system that before 2008 governed iron ore pricing. This was no small task, taking on the combined might of China’s largest steel mills and, behind them, the Chinese government. In pushing pricing to shorter contracts, he ushered in the iron ore boom that is still running as market dynamic pricing replaced bulk contract discounts.

However, iron ore was also where Kloppers came a cropper. BHP’s ill-fated tilt at a Rio Tinto takeover in 2007/08 was one of the silliest of the top-of-the-cycle manoeuvres (which included Macquarie Bank trying to take over Qantas right before it faced insolvency). It was not that the Rio takeover threatened BHP’s balance sheet or made no business sense — the shortsightedness was strategic.

The proposed takeover of Rio was such a baldly monopolistic play that from the outset  it had almost no chance of success. It triggered a wave of Asian government angst, which included a move by Chinese state-owned enterprise Chinalco on Rio. It also did real long-term damage to Australia’s free-trade credentials (and why the Australian government of the day endorsed the merger you will have to ask yourself).

This failure cost BHP shareholders a cool $500 million. But that was not the real price — that came in the form of BHP’s damaged reputation.

The next of Kloppers’ achievements was even more controversial. In the lead-up to the 2010 federal election, BHP played a central role in fighting the proposed resource super profits tax. There’s no doubt the poor policy planning and execution of the Rudd government left an opening for Kloppers and the other big miners to exploit. But equally, the mining campaign against the tax comprised virulent and loaded half-truths. Respect it or not, the campaign certainly paid off in the short term for shareholders as the current paltry returns on the tax illustrate.

But these two episodes were to haunt Kloppers and shareholders. In late 2010 he launched a full takeover bid for Canada’s PotashCorp. Again, the acquisition made good business sense. Potash is a bulk commodity leveraged to food production and very limited supply. It has all the elements that made iron ore so successful but was exposed to the future of Chinese growth, not the past.

Sadly for Kloppers and BHP shareholders, the normally reliably liberal Canadian regulators blocked the merger. They had blocked foreign investors only once since 1985. At the time, Saskatchewan’s Premier Brad Wall campaigned against the merger on the grounds that “Australia considers whether a proposed investment may result in an investor gaining control over market pricing and production, and said a particular concern to them is the extent to which it would allow an investor to control the global supply of a product”.

Eventually of course, Kloppers did get his big acquisition in 2011 in the form of Petrohawk, a US oil and gas firm big into shale extraction. But it too faced some nasty criticism, including leaks to The New York Times suggesting much of the shale that had been purchased was sub-prime. Still, that is yet to be seen, and the elevation of Andrew Mackenzie to CEO, the company’s “chief executive non-ferrous”, an oil man, shows BHP is pretty serious about driving value in that division.

Kloppers leaves BHP in good shape, certainly better than his immediate competitor. But his propensity to overreach has left its mark on the firm and the country.

Have BHP shareholders got their money’s worth?

Along with Kloppers, most of the board should go. In the midst of the biggest minerals booms in recent memory, the share price now is roughly what was pre-GFC. The board allowed hundreds of millions of dollars to be wasted on consultants, merchant bankers, lawyers and other corporate leeches in pursuit of abortive acquisitions. Kloppers, like Albanese has trousered a motza and left the shareholders hardly any better off.

The greatest compliment that can be fairly paid Kloppers is that he wasn’t as bad as Rio Tinto.

May I respectfully suggest that this is the nuclear version of ‘Damning with faint praise.’

The last decade has seen the worst excesses of capitalism during boom times for the big miners. It’s hard to find a good move that has been made by any of them.