Greens try for rebranding in the face of a falling vote

The Greens are on track to underperform compared with the 2010 election. In which case, getting your competitor to differentiate you isn't such a bad strategy. 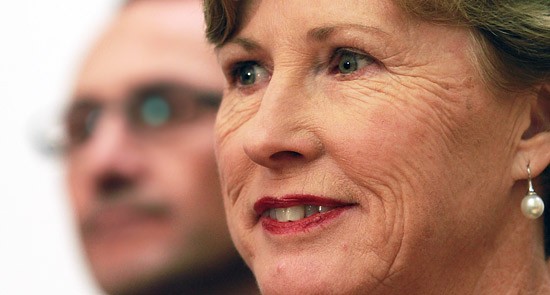 The Greens’ declaration that their deal with Labor is at an end comes as the party faces a challenge to match its 2010 election performance in the Senate later this year and the likelihood it will struggle to hold onto Senate spots, according to new polling from Essential Research.

The numbers suggest the Greens will be relying heavily on Labor preferences to retain their balance of power position in the Senate, an ironic outcome given yesterday’s effort at “product differentiation” by Christine Milne.

Essential’s polling data, compiled over four weeks to secure sufficiently large state-based samples, suggest the Greens will fall short of that performance (William Bowe has looked at the full implications of the results today as well).

There’s relatively good news for the Greens in NSW (sample size 1,282), where they’re on 10% in the Senate, just below their 2010 performance of 10.7%, when Lee Rhiannon was elected on preferences. But the party’s House of Representatives vote is down to 9% from 2010’s 10.2%, suggesting hopes of snatching inner-urban seats like Anthony Albanese’s Grayndler will remain a pipe dream.

In Victoria (974), the Greens’ strongest state and where they are confident of picking up a second Senate spot to accompany Richard Di Natale, the party is on 12% in the Senate, just shy of a quota; in 2010 Di Natale got a quota in his own right with 14.64%. The Greens are on 11% in the House of Reps, compared with12.7% in 2010, although Adam Bandt’s fate in Melbourne is still likely to depend on Liberal preferences.

In Queensland (744), the Greens are on 10% in the Senate, well down on the 12.8% that almost gave Larissa Waters a quota in her own right in 2010. The data for South Australia is a small sample size (307); Sarah Hanson-Young’s re-election has long been considered problematic within the Greens, and the party’s 11% is well short of its 13.3% in 2010, but even so that’s better than many within the party would have feared. The WA sample is also small — 352 — and has the Greens on 10% and the Liberals on an extraordinary 55%, which if replicated on polling day could result in them picking up four Senate spots and end Scott Ludlam’s career after one term. The Greens’ House of Reps vote is also lowest in WA, on 8%.

Milne’s announcement yesterday — echoing the party’s withdrawal of support for Michael Field’s Labor government in Tasmania in 1990, on the basis that the Field government had walked away from forest protections — was quickly and accurately identified as an effort to dissociate the Greens from the most troubled brand in Australian politics at the moment.

It was also fairly clunky — the basis on which Milne declared Labor had breached the agreement was that it had shown it would no longer “work together to pursue” the  principles of “transparent and accountable government, improved process and integrity of parliament, policies which promote the public interest and policies which address climate change”. That begs the question of why the Greens waited until six months before an election, and after the commencement of the carbon pricing scheme and the Parliamentary Budget Office, to declare they’d been betrayed. And a commitment to stick with supporting Labor despite complaining that Labor had walked away from them isn’t exactly the best way to dissociate the Greens from the government.

But the Greens are locked in a complex relationship with Labor. What’s good for Labor is also, indirectly, good for the Greens — but the reverse doesn’t apply.

The Greens’ surge in 2010 was driven by disaffected Labor voters switching to the Greens in disgust after Labor dumped the carbon pollution reduction scheme, shifted to the right on asylum seekers and caved in to the mining companies. The Greens’ vote stayed solid through 2011 and into 2012, consistently reaching 11-12% in Essential’s polling, until Bob Brown retired. Thereafter, the Greens’ vote began a slow slide into single figures, occasionally dipping to 8%. Much of that lost vote initially seemed to shift to the government as Julia Gillard and Labor recovered in the last third of 2012; Labor’s primary vote picked up several points to 36-37%. If Labor’s primary vote subsides back to 2012 levels, the Greens won’t be the beneficiaries this time — more likely the Coalition will be.

The Greens also have a stake in a Labor recovery. As the WA figures suggest (and again bearing in mind that’s a small sample size), the more the election becomes a landslide, the worse for the minor parties, including the Greens. As the Queensland election result last year indicated, when voters are bent on throwing a government out, they pay less attention to smaller parties than they ordinarily might. A Labor recovery, even if it isn’t enough for Labor to be re-elected, might improve the Greens’ chances of holding onto spots like Scott Ludlam’s (the loss of whom would, party numbers aside, be a major blow to the average intelligence in the Senate).

Even so, Milne’s announcement now frees up any previously reluctant Labor MPs to join figures like Joel Fitzgibbon in regularly savaging the Greens. And the Greens might be perfectly happy with that: if you want to differentiate your product, it’s much more authentic when your competitors do it for you.

Political donation ‘shame’: watered down, and comes with a price

yes, you said it: it’s a small sample size.
Green voters will in the main never vote for Tony Abbott.

The ten per cent of the electorate/public showing signs of sentience seems to be a galactic constant; it may vary a little, plus or minus, but always one in ten people will be vegetarian, teetotal, pacifist, spiritual, prosaic, banal, religious, sociopath,socialist,grasping capitalist,leaders (sadly, followers are grossly overabundant),inspiring, maddening, desirable, repellent..etc.
The problem is the combinations thereof.
The puzzling propensity of the majority of people to follow what they know to be an absurdity – religion and its evil offspring, politics being only the most baleful in the banality.

Another point of view is that if she ever stood for anything at all (unlike the Prime Minister, who stands only for herself) why has it taken Milne so long to pull the plug, under so many layers of Labor double-dealing and hate-mail?

What a wonderfully sardonic Australian touch, if we ask the Tarkine miners to clock up the devil roadkill.

A Labor/Greens split should be very good for the Comments thread on Crikey. Nothing like those sorts of sectarian stoushes.

About time! What galls me is that the Labor govt has consistently taken the credit for Green policies. Dental cover in Medicare springs to mind. Yet they roll over and acquiesce to mining companies! Tony Burke is a liberal in everything but name. The Tarkin, CSG, fraking, the list goes on.