Controversial Liberal Senator Cory Bernardi is fuming about a recent Fairfax article questioning his links to right-wing groups in the US; he is threatening to sue. 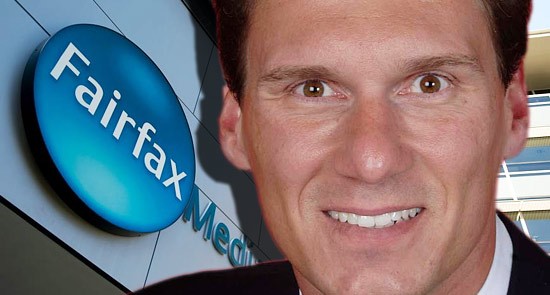 Liberal Senator Cory Bernardi is threatening to sue Fairfax Media for defamation over an article suggesting he broke parliamentary rules by failing to declare links to a right-wing United States lobby group.

The controversial senator, who stood down as Tony Abbott’s parliamentary secretary last year after linking gay marriage to bestiality, is fuming about the article, published in The Sun-Herald and The Sunday Age on January 27. Crikey understands Bernardi’s lawyers have issued legal threats to Fairfax and are weighing up how to proceed.

The article, written by federal political correspondent Jessica Wright, stated Bernardi was a member of the American Legislative Exchange Council‘s International Relations Task Force. Bernardi and ALEC, which has strong links to the National Rifle Association and tobacco companies, deny this. According to ALEC, Bernardi merely acted as a point of contact for the group in Australia, has never held a leadership position in it and has not received any financial benefit from the organisation.

Wright also claimed the Heartland Institute, a libertarian think tank, had paid for Senator Bernardi’s accommodation and travel to the US on four occasions in 2010 and 2011. Fairfax later issued a correction stating the Institute had paid once for Bernardi’s airfare and twice for accommodation in 2010.

In a speech to Parliament earlier this month, Bernardi described the article as a “gross misrepresentation”, adding it is “now in the hands of my lawyers”.

He also took umbrage at the suggestion his connection to ALEC should have been disclosed on the register of pecuniary interests. Bernardi told Parliament:

“I have also been accused of failing to disclose a conflict of interest. This is false. The Clerk of the Senate states in a letter addressed to me: ‘None of the existing declarations under this provision — that is, the ‘catch-all’ provision regarding conflict of interest — appear to relate to mere ‘involvement’ with organisations’.”

Bernardi also disputes Wright’s claim — communicated through her lawyers — that she spoke twice to a woman in his electorate office on Australia Day, the day before publication:

“Anyone entering my office is required to deactivate the alarm with a unique code. The South Australia Police, who monitor this alarm, have provided evidence that no access to my office was made on that day. This means that Ms Wright supposedly spoke to a representative in my office who can bypass the SAPOL security system. Perhaps it is the same person that was on the grassy knoll in Dallas nearly 50 years ago.”

In a follow-up article, Wright wrote: “In a letter circulated on Sunday, Senator Bernardi claimed he was not contacted by Fairfax Media before the story was published. But Fairfax Media did contact his office and stands by its story.”

Wright, who is currently on leave, declined Crikey‘s requests for comment, as did a Fairfax spokesman. A spokeswoman for Bernadi said: “Senator Bernardi is in discussions with his legal advisers.”

It is unusual, but not unheard of, for sitting politicians to take a defamation case to court. The qualified privilege defence for material relating to “government and political matters” gives journalists greater leeway than on defamatory stories concerning, for example, business figures.

Labor MP Mike Kelly is embroiled in a long-standing legal dispute with Liberal pollster Mark Textor over a 2011 tweet accusing him of “push polling” in the past.

So many disturbing photos of Corey, so little time.

Something missing here . Bernardi talks about his security system but no need to get access if Wright spoke on the phone to a staffer . Isn,t that the norm , ring up ? How is reporting paid for accommodation and trips a gross distortion if one trip is paid for and not three ? Surely a gross distortion of the facts would be to report a trip was paid for and in fact none were ? Another thing I don,t understand is if two different publications ran the story why threaten to sue just one ? To think Bernardi replaced a retiring senator , he was picked by the SA liberals !

So where is all the foreign “Money” coming from then?
“Just asking” certainly passes the public interest test!

What ? There is no foreign money then?
Quelle disappointment!