Malcolm Turnbull has offered a defence of the Coalition's broadband internet strategy, but claims he needs more numbers from NBN Co. We'd settle for rough estimates ahead of the election. 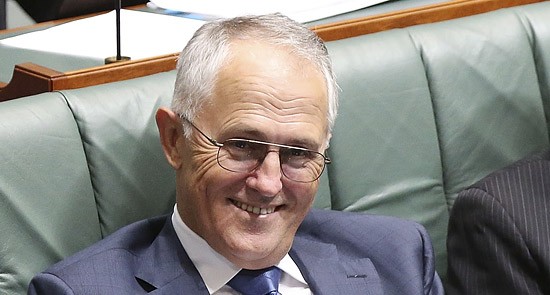 Opposition broadband spokesperson Malcolm Turnbull has two real and continuing frustrations with the national broadband network debate: NBN Co’s lack of transparency, and journalists’ failure to research how broadband is actually done in other countries.

“There is an air of complete barking unreality about some of the commentary. There is a lack of interest in what is happening in other markets,” Turnbull said this morning at Kickstart Forum 2013, a get-together of tech journos and vendors on the Sunshine Coast.

Journalists point to Spain’s fibre-to-the-node premises rollout, for example, without understanding one key difference: in Spain, it was hard to do FTTN because there are no kerbside cabinets in which to put the nodes. In the Franco era, the government feared anarchists would blow up the cabinets, so instead they laid the wires of their copper network straight from the exchange to the premises in cable ducts much larger than Australia’s. It was therefore easy to string fibre down those ducts too.

Turnbull’s comments today echoed those he made on ABC Radio’s AM in January:

“This is not a religious issue. It is a question of being business-like and getting the balance right, as I said. The problem with this debate is that it is proceeding in some quarters as a quasi-religious debate.”

“The argument against fibre-to-the-node is that it doesn’t deliver the same performance as fibre-to-the-premises. That’s the argument,” he said this morning. Questions of costs and the time it takes to build are ignored.

Yet, as I’ve argued at ZDNet, Turnbull is effectively running a quasi-religious debate himself. He’s asking us to take at face value statements such as being able to build FTTN for a quarter the price of FTTP, or his potentially powerful arguments involving opportunity costs and the relative value for money spent now versus money spent in the future.

So why can’t we see the spreadsheets that would convince us? Turnbull says that’s because we’d need NBN Co’s figures.

“If the NBN were to say, ‘well, we’re going to sit down with you and work with you on this scenario B’, we could come up with some much more robust numbers,” he said. “Really, the NBN Co should be an open book. It doesn’t have any competition, it belongs to the taxpayers. You can find more about what Telstra’s doing as a public listed company than you can about the NBN Co.”

There’s no reason why NBN Co couldn’t report monthly the details of premises passed, premises activated and the cost of doing that, he says.

Turnbull repeated the Coalition’s commitment that, if elected, they will “very, very quickly” conduct a transparent analysis of the NBN’s current FTTP network rollout and a similar analysis of variations thereof — including FTTN in brownfield rollouts — to determine the potential savings in money and time.

But there have been estimates, Turnbull noted, including Telstra’s rejected 2009 tender, which quoted for a FTTN NBN built from ground zero at around $15 billion. Since then labour costs have risen but equipment costs have dropped.

Why couldn’t the Coalition start putting out at least rough estimates for their plan, using whatever figures were available? “If I put out a set of financials, I want them to be right,” he said.

“… journalists failure to research”? Very funny, they don’t get paid or the time for that.

“If I put out a set of financials, I want them to be right,” he said?

Thanx for this report and analysis which I found informative inasmuch as I understood it. My difficulty is with this sentence:

‘Journalists point to Spain’s fibre-to-the-node rollout, for example, without understanding one key difference: . . .’.

I can’t make sense of this passage unless it were:

‘Journalists point to Spain’s fibre to the premises rollout . . . .

Why throw $35 billion at a Rolls Royce fibre-optic network when you can fritter away an identical sum of taxpayer dollars on fault-prone Joint Strike Fighters?

Yes, we are officially the most urbanized. Spanish Urban development as I have seen it is denser housing more akin to Syd/Mel/Bris inner suburbs *everywhere* not quarter-acre block developments. The capital costs for a national fibre rollout would be very different, as is the investment and cost-of-capital in their economy. BTW, the people I know who work in the Spanish Internet/related sectors say that the government routinely fails to pay a significant number of contracts, on the basis that it can, and you hope to win as a sub-contractor next time. Perhaps The libs are going to adopt this finance model too? After all the PPP model in tunnels seems to include a significant number of investors loosing their shirt…