Backing dictators to survive has proved a profitable thing for me over the years and a few dollars were added to the betting bank when Assad survived until the start of this year.

The softening image. It’s out with the budgie smugglers and in with the board shorts as Tony Abbott continues to keep a daughter alongside. 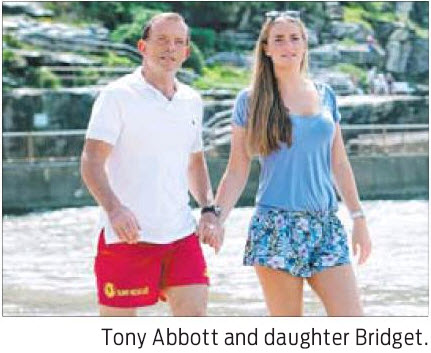 With the opinion polls seeming to show that the frequent recent appearances with the women in his life are improving the public standing of the Opposition Leader, Bridget promises we will see plenty more of her with dad in the coming months. She told Melbourne’s Herald Sun (which carried a similar picture this morning to the one from Sydney’s The Daily Telegraph above): 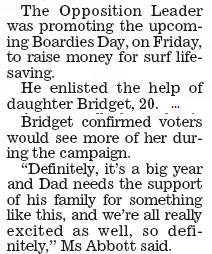 A holy gerrymander. There might be a series of secret ballots to elect a Pope but it’s hard to describe the voting system as democratic. The Cardinal voters are certainly not chosen on the basis of representing equal numbers of declared Catholics. The system is seriously skewed towards Europe — only just over 26% of the world’s Catholics but 52.5% of the votes. Particularly hard done by when it comes to representation are the South and Central Americas and the Caribbean — 32.7% of the fold  but only 16% of the voting Cardinals. 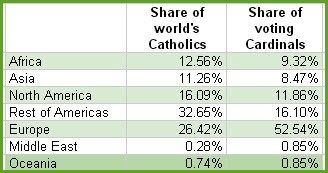 Bashar-al-Assad tips himself. The President of Syria is still talking the talk.  The future of Syria “is ours”, a pro-Damascus Lebanese daily reported him telling visiting Lebanese politicians on Monday.

“We are sure we will win, we are reassured by the political and military developments,” he told his visitors. “That does not mean everything is settled, we still have a lot to do politically and in the battle against extremist terrorist groups. “We are convinced that the future is ours. Syria has the willpower to defeat the conspiracy.”

Backing dictators to survive has proved a profitable thing for me over the years and a few dollars were added to the betting bank when Assad survived until the start of this year. I am tempted to modestly invest again on the Intrade markets. 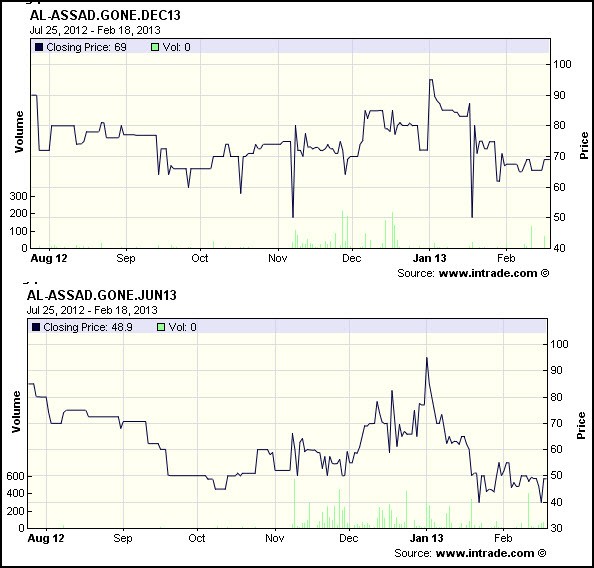 Note: I put my political predictions on the record at my blog The Political Speculator which records how I have fared since November 2011.

A quote for the day. Perhaps Julia Gillard should employ Arsene Wenger as a speechwriter.

“We live in a democracy of experts and opinions, but we have to live with that and show we have the mental strength to deal with any opinion. There are a lot of experts who are not necessarily always right.”

But it does make a nice change from that “little blue book” of his?
[I could never quite make out that title (held low, in front of his crutch as he was so often snapped using it?) was it “How to Hold Your Breath for 8 Months, Shed One Skin and Get Elected to Chameleon King” by “Honest John”?]

Speaking of which, how’s the other Arsenal fairing this year?

Thanks, Richard. I’d assumed it was the budgie smugglers which caused such offence but, judging by this snap, it’s clear we definitely can’t blame clothing.

Thanks Richard – the Meth to Pseudo article made my day.

It seems a little creepy for a father to be holding his adult daughter’s hand. If he is looking to improve his image with women this kind of shot will do the opposite. He either sees her as if she is still a child not a woman or …. it doesn’t bear thinking about. Some men may like the photo for reasons of their own which also is not very nice.