Coalition MPs rapped for Malaysian excursion ... and your choice for next pope is ... catchy WA election ad ...

Best stay home. Independent-minded Liberal MP Mal Washer pulled out of his planned trip to Malaysia when Nick Xenophon had his spot of bother at the airport. An on-the-ball Crikey reader asked why Washer planned to go in the first place, given Tony Abbott ordered his troops not to travel overseas just last week (Abbott said Coalition MPs needed to be on the ground in case an election was called). Those who’ve worked with the irrepressible Washer know that tends to do what he thinks is right and appropriate, rather than blindly following orders … Nationals Senator John Williams was also due to visit Malaysia but pulled out due to Xenophon’s deportation.

Construction woes. We’re hearing grumbles from members of the Master Builders Association of Victoria, the peak body for the construction industry. A mole reckons there’s been significant staff turnover, and claims the MBA doesn’t have enough clout with the state government and doesn’t have a strong media profile.

Papal poll. Catholicism is Australia’s largest religion so Crikey thought it appropriate to crowdsource your suggestions for who should be the next pope. Turns out many readers wanted to send Tony Abbott to the Vatican. Here’s a selection:

Tony Abbott, because he’s not only an abbott, he’s a Catholic, an ex-seminarian and would possibly do well in a state where only men get to vote.

Tony Abbott, of course. Qualifications: trained (past seminarian, Rhodes Scholar). Experienced (held course under the public gaze with an unpalatable and unpopular program, primarily by not disclosing his agenda). Reason: anywhere but here.

Catholics have always enjoyed celebrating a martyr, so St Kevin Rudd might fill the bill nicely. Plus Kev’s ability to sit on reports calling for radical change might see him at last achieve the blessing of the Curia-Mail.

Let’s put Barnaby Joyce in there!

I would like to nominate the ABC Interpretive Dance Bandicoot for the position of pope. As pope, Her Holy Bandicootness could communicate simultaneously with all her flock, regardless of language, in an all-embracing manner that could only serve to strengthen the bonds between people and nations, rich and poor.

“Let’s all vote for Henry!” Tips just loves an interesting political ad so thanks to the reader who got us on to Henry Heng, a Family First candidate for next month’s WA election. It certainly has a catchy refrain, and includes classic lines such as “heeeeee, has a family” and “heeeee, has a business”. Here he is getting to know a shark: 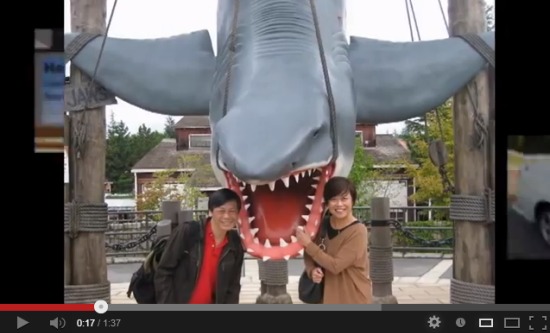 We here there’s some pretty good spoof videos of Heng’s ad doing the rounds. If you’ve spotted any memorable political ads of late (or have a favourite from the vault), by all means send it in.

Dear Leslie, I really don’t want to meet my sperm donor. Am I being silly?

As for Mal Washer, another reason he wouldn’t necessarily be constrained by the no fly order is that he won’t be standing at the next election as he has already announced he is retiring.

Bloody hell Crikey! I gritted my teeth and watched that Henry H video all the way through. It felt like 1.30 Hrs not minutes.
It would only be bearable, if that shark had risen from the dead and bitten him.

I don’t normally do the spelling fascist thing but guys, FFS.