Meet the Press is back on Ten with a new look, but have its ratings improved? That story and other media tidbits.

Can Meet the Press top Songs of Praise? Will News Limited rush to highlight the performance of Meet the Press yesterday, seeing as it has teamed up with Ten to produce the show? Some how, I don’t think so. But then inconsistency has always been the hallmark of News Limited’s media criticism. The Australian, you’ll remember, ran a front page “exclusive” last week using out-of-date figures to claim Insiders was tanking in the ratings. Meet the Press averaged 96,000 national viewers yesterday — about the same as it did during the Paul Bongiorno era. Insiders scored 146,000 on ABC1 and 75,000 viewers on News 24. Offsiders at 10.30 am had 239,000 national viewers on ABC1. Even Songs of Praise at 11.30 am had 157,000 national viewers.

To be fair to News, you have to give the new-look MTP — now hosted by ex-Breakfast star Kathryn Robinson — a couple of weeks to settle in. But it does need more promotion. Having Andrew Bolt ahead of it at 10am should help a bit. Why Bolt wasn’t ready to go yesterday is one of the vagaries of TV show produced by a newspaper company whose major shareholder (Lachie Murdoch) is a major shareholder in Ten. It’s a half-hearted look and Ten’s TV management should have done better. — Glenn Dyer

More Brits in charge of Aussie News Corp. News Limited has again been overlooked in the appointment of a third senior executive at the new News Corporation publishing arm — despite the Australian arm being the biggest part of the planned new company. Daisy Dunlop, News International’s director of communications (a busy role given the now four London police inquiries into the activities of journalists at The Sun, The Times and the defunct News of the World) will become vice president in charge of strategy and planning. She joins Will Lewis and Anoushka Healy at the top of the executive pile.

Dunlop spent 12 years at News International in various roles, working for former NI CEO Rebekah Brooks (who is facing charges in connection with the police inquiries). Dunlop will report to Lewis (chief creative officer) and Healy (chief strategy officer). Healy and Lewis both worked with Robert Thomson, who will be CEO of the new entity, at the Financial Times.

The appointment means the senior executives on the creative and strategy side of the new business are all from London with experience in British journalism, not Australia. That’s despite the Australian side of the company holding more than $5 billion in assets in News Ltd, 100% of Fox Sports and 50% of Foxtel. Thomson is Australian and worked at the Herald and Weekly Times years ago, but has spent a couple of decades offshore working for the Financial Times and then News Corp.

Meanwhile, chairman Rupert Murdoch has raised eyebrows with the rare sale of $US40 million worth of the company’s most prized asset, the B class voting shares. A shareholding filing with the US SEC on Friday revealed he had sold more than 1.3 million shares at $US28.72 a share on Wednesday. News Corp officials would not explain the sale. In November he sold $10 million of the A class non-voting shares for what was explained as “estate planning reasons”. The sale of the B class shares represents less than 1% of his and his family’s holding of 39% of the voting shares, which is how they control the company. News Corp shares closed at an all-time high in New York on Friday of $US29.34 for the B class shares and $US28.90 for the A class. — Glenn Dyer

Video of the day. Did Nicholas Clifford deserve $10,000, a Toyota car and a trip to Los Angeles for his Tropfest-winning film We’ve All Been There? Judge for yourself … 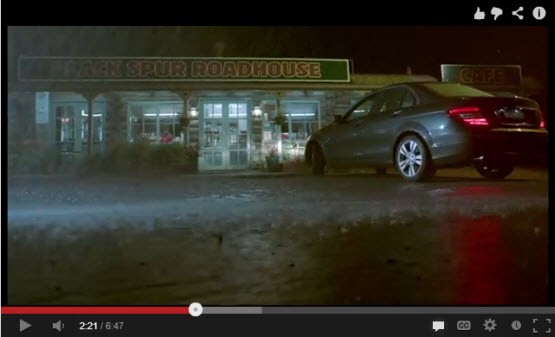 Front page of the day. At least The Sun confines the topless shots to page three … 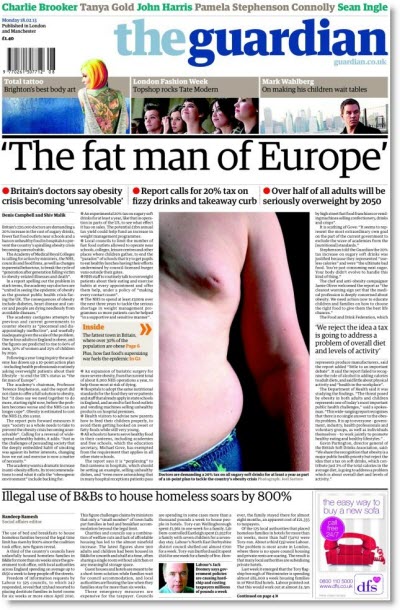 More Brits in charge of ANC?
There’s an indicative, tangible, quantifiable and practical vote in the level of confidence?

Regarding Meet The Press

The News Ltd association explains much.

I happened to trip over it on the weekend & Joe Hockey was being inteviewed. He was asked quite a good question which he didn’t answer and they didn’t pin him down but the lady interviewer the made mention of the Pinl Batts fiasco & BER as failures.

This exhibits the problem and the failure of what must be senior journalists to graps the facts. As has been shown a number of times the Pink Batts was a success as was the BER even allowing with ahigher degree of corruption in NSW

These myths are being perpetuated by the very persons who are supposed to be the truth seekers.

What hope do we have?

After decades of subscribing to The Australian I have flipped to the SMH. I can no longer waste time seeking the few grains of viable well-reported wheat (which, thanks to a few stoic, balanced reporters, do remain; sorry guys!) amongst the tonnes of blatantly biased chaff. The article on Insiders, was but one very small example of poor service to the paper’s readers. Goodbye!