The Market is down 7  and above the 5000 mark on the ASX 200 and on the All Ords. Dow Jones was down 10. SFE Futures were down 7 this morning. The Dow was up 7 at best and down 61 at worst. There were disappointing fourth qaurter GDP numbers from France, Germany, Greece, Italy, and […] 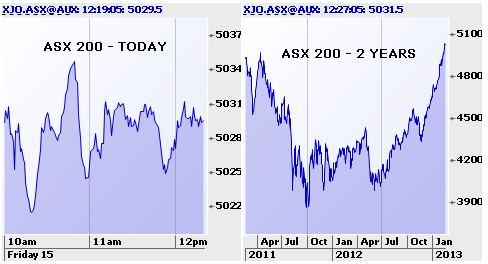