The furore over drug use in (male) sports creates an opportunity for women -- ignored by the media and sponsors -- to win more attention. Crikey publisher and Netball Australia director Marina Go makes the case. 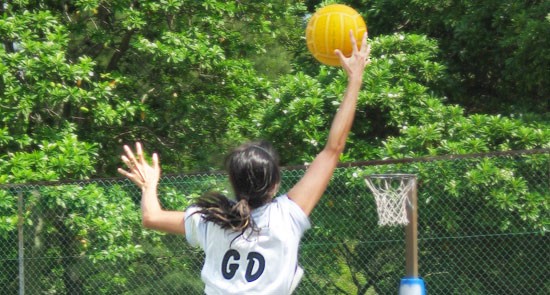 Shortly after Australia won the netball world championship in Singapore in 2011 I was discussing the win with one of the sport’s biggest sponsors. He was thrilled by the win and explained to me how positive the decision to sponsor the sport had been for his career. As marketing manager of the fast-moving consumer goods brand, he had initiated the partnership to find a competitive cut-through for his brand.

The sponsorship fee was, in his words, “a bargain” and the return on investment made him look like a hero to his board. “As well, there is the added bonus of not having to worry about waking up tomorrow or any day to a drug or s-x scandal associated with my brand,” he told me.

We don’t know if any women’s sports leagues have been accused of doping in the bombshell Australian Crime Commission report, much of which is still under wraps. But so far no women’s league has been implicated, and it appears the major issues with alleged doping may relate to (male) AFL and NRL. We’ll have to wait and see, but it may well be the case that women’s leagues have been less involved in doping than men’s leagues.

Data on sports sponsorship for Australia is hard to come by, but a UK report from the Women’s Sport and Fitness Foundation found women athletes attracted 0.5% of all corporate sports sponsorship — or 50 cents for every $100 spent.

When I joined the Netball Australia board in 2007 the sport had recently appointed a new management team. Under the leadership of CEO Kate Palmer and commercial director Marne Fechner, netball’s sponsorship revenue started to fly. But the base that we were working off was small. And the budgets allocated for sponsorship of women’s sport were relatively modest compared with the millions we know were swamping the male ball sports.

The difference, we are continually told, is related to media exposure. A male league player turned boxer attracts greater attention in the mainstream media than a national women’s sporting team winning a world championship.

Work commissioned by the Australian Sports Commission looked at media broadcasts for the year to July 2010 and found that women made up 9% of sport news coverage. Horse racing received more airtime than women’s sport. It was hoped digital TV would bring greater visibility for female sportswomen, but Netball Australia is now without a broadcast partner after Channel Ten dropped its coverage.

Crosswhite says part of the problem is that most of the people who make decisions about sponsoring or broadcasting women’s professional sport are male. She hopes the doping scandal will bring corporate dollars to women’s sport. “Hopefully sponsors will look to female athletes and teams,”  she said.

A 2006 Senate report found several national women’s leagues faced questions around their viability. Women had a lack of professional career pathways, and had a much smaller capacity to earn a living from sport. While around 3000 males athletes earned over $40,000 per annum through their sport, no women in team sports could earn a living from it. Females are also under-represented on sports boards, making up 22% of directors.

But Australia also has fantastic women’s basketball teams, soccer teams, hockey teams and cricket teams. There are so many successful female sports for companies to attach their brand and sponsorship dollars to. Most struggle for any sponsorships dollars. So why don’t brands place the same value on female sports as they do on male sports?

We’re stuck in a catch-22 situation. The companies will only pay the big bucks for sports with extensive media coverage of games and associated news. The sports that attract that coverage increasingly represent a high-risk to the brands that sponsor them. The sports that would allow marketing managers to sleep at night are attracting low or no sponsorship dollars.

Clearly the ideal scenario for sponsors, parents and fans would be to devote greater media coverage to those sports that represent a high fan base, low risk of scandal and the potential for positive brand association.

*Marina Go is an appointed director of Netball Australia; her term ends in April. Additional research for this article was provided by Crikey intern Callum Denness.

Female cricketers catch a raise, but other athletes struggle

I agree with the premise that if people are looking for sport that is more likely to be clean, then they should given women’s sport a try.

However, I can’t help but think that part of the reason women’s sport is relatively clean is because of the lack of corporate sponsorship, thereby avoiding the additional pressure that money brings and the culture of ‘win at any cost’ to secure more lucrative funds.

@Julie: an interesting theory, that. Wouldn’t tennis be about the same for both genders?

Sounds like the writer in on some other planet. The tennis is full of women who should be in the mens comp.

Just to echo the comments on women’s tennis likely being no cleaner than men’s tennis. http://tennishasasteroidproblem.blogspot.hk/ has some remarkable material.
Also, a decade ago I spoke with a young woman who was one of Australia’s top junior players of her age but was obliged to abandon her tennis career because she would not take the advice to bulk up with steroids. (Actually, she was not so averse to the idea but her father said that no man would look at a woman with too many muscles…)

Good point. The only team I watch in Canberra is W-League Canberra United, not the Brumbies.

Then again, I hope somebody tested Nova Peris for sobriety, when she agreed to be the ‘captain’s pick’.