Myth of Coalition govts: Howard the biggest spender of all

There's a perception the Coalition are better at cutting spending than Labor, but the Rudd and Gillard governments have cut spending significantly. John Howard was the big spender, says Stephen Koukoulas. 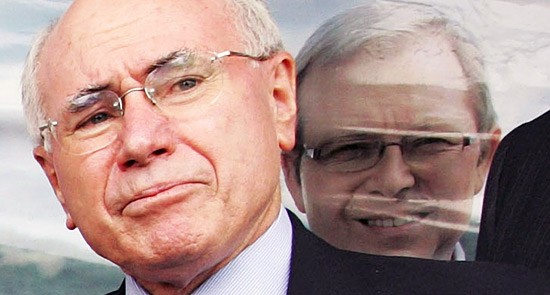 This is exactly the point the International Monetary Fund noted about the Howard government in a recent study; that it needlessly and wastefully boosted spending in the last two-thirds of its term of office.

In terms of government spending growth, the current government is one of fiscal rectitude and prudence in stark contrast to the Howard government, particularly after 2000-01, when it went on a spending spree that has only been exceeded by the Whitlam government.

Had Labor spent at the same pace as the Howard government did from 2000-01, there would be no chance of a budget surplus in any year of the forward estimates out to 2015-16. The level of government debt, to the extent it matters, would be more than 50% larger by 2014-15.

The extraordinary facts about government spending take into account the unprecedented fiscal stimulus measures from the Labor government that accompanied the global financial crisis. Indeed, in 2008-09, real government spending rose by a massively strong 12.7% as the government worked to sustain the economy and preserve jobs. That spending boost has now been unwound.

“To many Australians, the perceptions about the major political parties and government spending and fiscal prudence are the reverse of the reality.”

These facts are not widely understood or acknowledged. Indeed, to many Australians, the perceptions about the major political parties and government spending and fiscal prudence are the reverse of the reality.

Just last week, Opposition Leader Tony Abbott in his speech to the Press Club said, uncontested: “The Coalition can keep government spending in check … For this government, though, the solution to every problem is more spending.”

Abbott said in December that “this is a government that is spending too much”. He has also said, “as the Howard government demonstrated, prudent fiscal management is in the Coalition’s DNA”. There are many similar quotes.

The issue is that Abbott is factually incorrect. Secondly, his statements are rarely challenged by journalists. Thirdly, the government seems unable to challenge the orthodoxy, mythical as it is.

Which makes Abbott’s promise about cutting spending hard to believe, a point even more non-credible when he refuses to outline the annual cuts of around $15 billion that are needed to cover the loss of revenue from abolishing the carbon price and mining tax and to fund his extra spending commitments.

*Stephen Koukoulas is research fellow at Per Capita, a progressive think tank

The author is misrepresenting the paper, and worse, he linked it for credibility and that quote is on the 2nd page! What does he think of the readers, trying such a bold faced trick?!

Wowsers Andrew C ! When you exclude that tricky paragraph the effect on the argument made in the rest of the article is … nothing.

Ok, Andybob, did you read the report? Or do you blindly trust the author, even after such a ridiculous lie? How did such a misrepresentation got past the editors?

Sorry, but once your credibility is ruined, as it is here, it becomes harder to listen to face value.

On the basis of your last post (3) then you would obviously have no truck with Abbott, Costello, Howard or if in Qld Campbell or in WA Barnett & Buswell

I would say that linking the report just made it easier to check it so the credibility issue is what?

And anyway is the assessment wrong in your opinion?

Andrew C, grasping at straws to imply that the article was incorrectly attributed. So what? The facts are still there too see – take a look at the graph on page 44. Sycophants who can’t bear to see the shiny brass plating of the coalition tarnished make me puke.
Twenty Coalition budgets and never a fall in real government outlays, apparently. The author wonders why the press haven’t made anything of it. Two main reasons in my opinion – News Ltd and Australian bloody-mindedness.