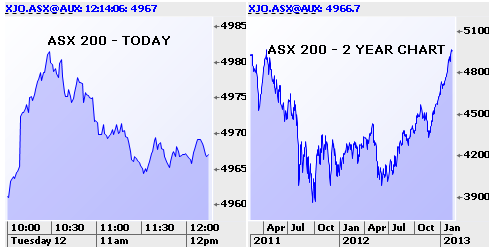 The Dow was down 53 at worst on light volume with no economic news out of the US and many Asian markets closed for the week. The latest OECD report on the global economic outlook has seen the leading indicator for its 33 member states lifted from 100.3 to 100.4 in December, its third straight increase. Several of the world’s leading economies are showing signs of improvement while the eurozone had stabilised.