Memo to someone, anyone at the Herald Sun (and its sister daily The Daily Telegraph): before you report someone's resignation, check that they've actually quit. Plus other media news of the day.

As you were. Memo to someone, anyone at the Herald Sun (and its sister daily The Daily Telegraph): before you report someone’s resignation, check that they’ve actually quit. Last week, The Hun reported, in a front page “exclusive”, that sports caller Sandy Roberts had “walked out” of Channel Seven and signed on with Foxtel. Unfortunately, Roberts’ contract apparently doesn’t expire ’til mid-year and he’s staying put until at least then.

Yesterday, in another “exclusive” for News, defence writer Ian McPhedran reported Victoria Cross winner Ben Roberts-Smith was resigning from the army to pursue a business career. Both the Hun and Daily Tele splashed the story on page one. 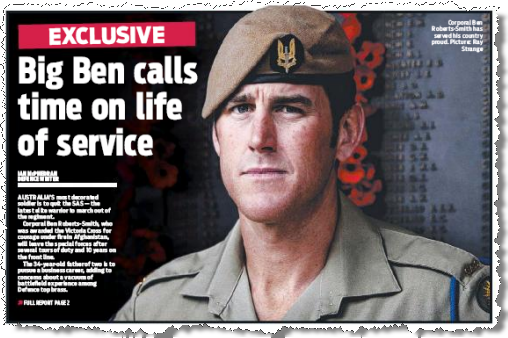 The only problem is he’s not quitting. Roberts-Smith plans to use some of his personal leave this year but isn’t leaving the SAS. Instead of running a correction, News Limited reports the about face in a follow-up today. 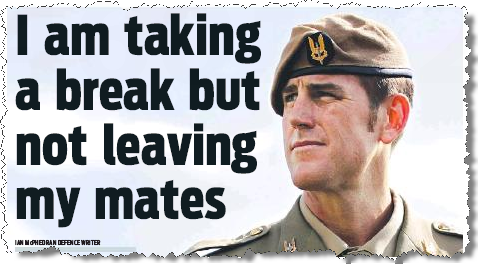 Reign of terroir. Foodies are complaining of severe indigestion following Stephen Downes’ piece in The Sunday Age on wine mark-ups. The self-described “writer” singled out a few joints — including Ezard, Rockpool, Scusami, Vue de Monde, Jacques Reymond, Hell of the North and The Point — for gouging customers on vino by the glass.

Downes, rehired by Fairfax after being boned by the Herald Sun in September (after initially leaving The Sunday Age), prompted a storm of controversy on Twitter, where he taps thumbs under the subtle handle @closemdownes. Rockpool’s Neil Perry reckoned he would give his vino away for free, but “600 staff, landlords, GST, payroll tax, power companies won’t let me”, while popular city lunch spot Earl Canteen mocked Downes‘ comparison of Rockpool’s prices to a place that doesn’t gouge, EightyOne — located in the distant outer exurb of Berwick.

Rivers of ire came from the point of comparison — the prices at notorious supplier stranglers Dan Murphy’s, owned by Woolworths. Dan Sims from industry site TheWineGuide succinctly slapped down Downes’ whingeing that he had been “personally abused” at the hands of Twitter trolls: “what do you expect? You took no account for restaurant costs, staff wages, tax, rent, fit out, risk et al. Lazy ‘journalism'”. — Andrew Crook

Where’s Wally? Gotye — AKA Wally De Backer — is Australia’s latest Grammy winner, after taking home three gongs at music’s big awards night on Sunday, US time. Understandably, everyone wants to claim a bit of the glory. Both the Herald Sun and Daily Telegraph have edited national music writer Kathy McCabe’s yarn to claim Wally as their own. 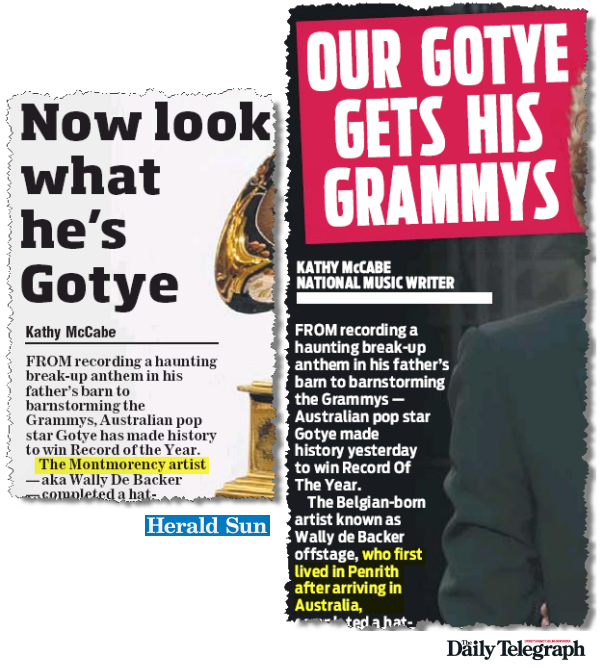 We reckon Gotye is proud of his roots, but we can’t see the international megastar moving back to Penrith or Montmorency any time soon.

The Australian gets the wrong man. We might forgive a media outlet for tipping who will win an upcoming leadership spill and getting it wrong. But getting it wrong when the spill has already happened?

The Australian‘s daily email for political junkies, Capital Circle, brought us the news today on who’s taken over the leadership of the ACT Liberals (ex-leader Zed Seselja is seeking to bump sitting Senator Gary Humphries for Senate preselection, so a new leader was voted in yesterday). One problem: Alistair Coe did not win the leadership — he didn’t even contest the ballot. Jeremy Hanson won. Coe is the new deputy. Which is what Crikey forecast would happen in Tips on February 6. — Cathy Alexander

Front page of the day. As one of the world’s most Catholic nations, Philippines newspaper Banat News pays tribute to “Santo Papa”. 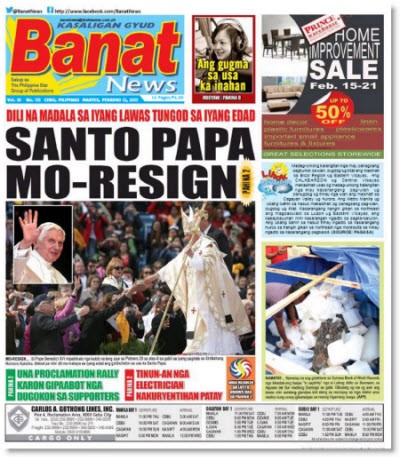 The future of News: an interview with Rupert