The Guardian's hiring of Lenore Taylor and Katharine Murphy is a wake up call for anyone who’s been sceptical about how serious the publication is taking its Australian experiment. 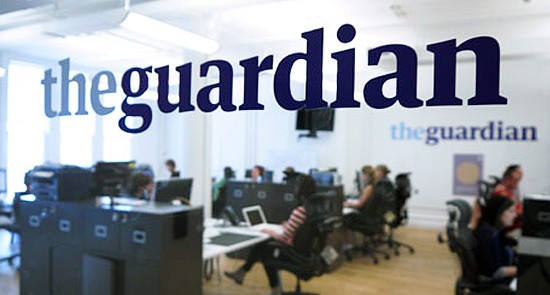 When The Guardian announced it would launch an Australian digital edition last month, some media watchers saw grim portents for Fairfax. The reasoning was straightforward: with The Sydney Morning Herald and The Age hoisting paywalls on their websites, the venerable British brand has a real shot at stealing a good chunk of those sites’ educated, affluent and progressive readers.

That could well happen. But the most pressing concern for now isn’t losing readers but writers.

A week after The Age‘s political editor Michelle Grattan announced she was joining The Conversation, press gallery veterans Lenore Taylor and Katharine Murphy have confirmed reports in The Australian that they are joining The Guardian. Taylor, currently chief political correspondent for the SMH, will be the site’s Australian political editor; Murphy, national affairs correspondent for The Age, will be her deputy.

It’s a wake-up call for anyone who’s been sceptical about how serious The Guardian is taking its antipodean experiment. As one recently departed Fairfax veteran said this morning: “They are a f-cking serious couple of people to recruit.”

Katharine Viner, who is leading The Guardian’s Down Under venture, was unavailable for comment this morning. One source who has met with Viner since her arrival says the plan is to hire around eight local journalists. One of them may well be David Marr — Crikey understands talks are ongoing with the former SMH star (who was also unavailable for comment this morning).

“She seems like a dream editor,” said the source. “She is deadly serious, she’s got a chequebook and she wants to hire good people.”

Both Taylor and Murphy are, for different reasons, big losses for Fairfax. As well as a respected commentator, Taylor is one of the gallery’s best news-breakers. It was she who revealed Kevin Rudd planned to shelve the emissions trading scheme and that Scott Morrison allegedly urged shadow cabinet to take advantage of community hostility towards Muslims.

As well as her thoughtful columns, Murphy has built a loyal following by curating Fairfax’s parliamentary Pulse blog. Updated during sitting weeks, it features real-time tweets, photos and reader comments and is a strong fit with The Guardian‘s emphasis on interactive, “open” journalism.

Although The Guardian was quick to rush out a press release this morning confirming the appointments, it appears news of Taylor and Murphy’s defections has caught everyone on the hop. Crikey understands Taylor has yet to negotiate the date for her departure from the SMH or when she will start at The Guardian.

The latest moves come as Fairfax intensifies copy-sharing across its metro mastheads, with former Adelaide Advertiser correspondent Mark Kenny taking a leading role as newshound at the SMH, Age and Canberra Times. This trend has peeved some Canberra bureau staffers, including Grattan, who wanted the freedom to write news as well as commentary and analysis. And although Taylor has denied her move is driven by frustration with Fairfax, some staffers feel federal political coverage doesn’t get the prominence it deserves in the papers.

In her first piece for The Conversation today, Grattan writes:

“I believe that it is as important to have multiple voices reporting news as it is to have many voices in commentary. On occasion what is ‘fact’ and the weight that should be given to particular pieces of information in a story can be as disputed as opinions based on the facts. And the more competition there is in the searching out of facts, the more the community will know.”

Lenore? Guardian? Love it … where do I sign up?

Do you have any idea when the Guardian will be online here? Any relief from the pathetic rantings of Paul Sheehan would be welcome.

The Guardian’s credibility as an indepedent, ehtical news source has taken a hammering like the great majority of the ‘old’ media (including Fairfax) as it acts as a stenographer for the UK Government’s and the US State Department’s grossly distorted versions of events in the Middle East.

Go the Media Lens site, and check their thorough analysis of the Guardian’s banal complicity in the US neocons version of geopolitical events.

I reckon the Guardian’s got about as much credibility as the Times of London.

The SMH website needs competition. It is awful. Usually leading with sensational populist stories, often culled from overseas sources; much inferior to the paper itself. If the Guardian’s Australian website is like its UK and US sites, it will be far superior.

David Marr! He’d be a natural for the Graun’s Comment Is Free.