The explosive story last week alleging all sorts of corruption in sport has not been well managed.

Poor performance by the spinners. The handling by the government of the Australian Crime Commission report into performance enhancing drugs in sport is at risk of becoming a real political liability.

Comments by the veteran and well-respected rugby league coach Wayne Bennett in The Australian on Saturday illustrate why.

Rugby league and Australian football have been identified as the sports with the most prevalent drug issues, despite both codes conducting hundreds of drug tests — both urine and blood — each year.

“Part of my beef with this is that if we’ve got the drug problem we have, what’s the drug agency been doing?” Bennett asked.

“Now they’re telling us we’ve got a problem. I can’t detect — I’ve got no means to do that. We employ them to do that.’”

The decline continues. The sagging confidence in Labor’s ability to retain office at this yer’s election continues to show up this week in the Crikey Election Indicator. 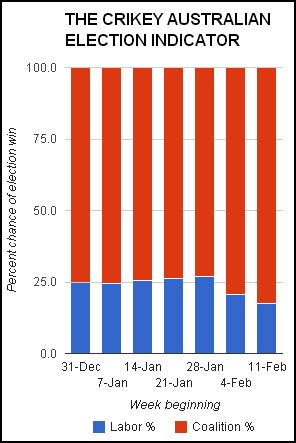 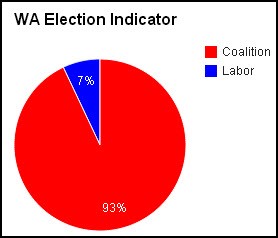 Rupert to enter the new century? The times really are a changing. No more phone tapping, a ban on bribing policemen. And now this! Almost a promise to abolish the page three pin-up from the London Sun. 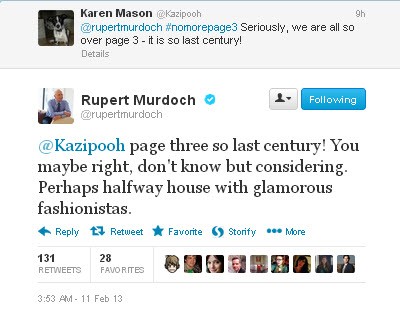 The game that grows. The headlines about doping in Australian rules and rugby league will surely just make things worse. Australian families are already turning from the traditional sports to the world game. Figures from the Australian Bureau of Statistics this morning tell the story. Soccer tops the list of popular sports participated in by Australian kids.

The ABS report on the Children’s Participation in Cultural and Leisure Activities survey, collecting information on participation in sport, cultural activities and use of technology for children aged between 5-14 shows that 60% of Australian kids participated in organised sport in the 12 months to April 2012. 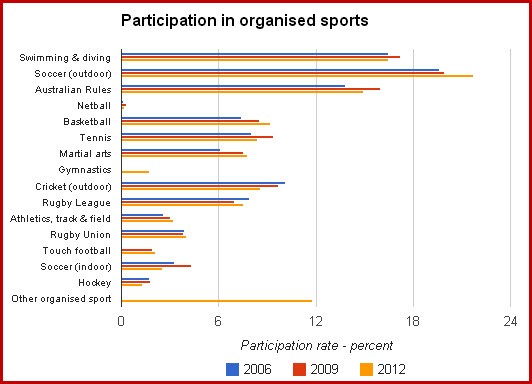 More boys participated in sport than girls, with two thirds of boys (66%) involved in at least one organised sport compared with just over half of all girls (54%).

Nearly one third (29%) of children had a mobile phone in April 2012 and the likelihood of having a phone increased with age, with nearly three quarters (73$) of 12 to 14-year-olds having one.

Information collected on recreational activities showed that more kids are spending time on the internet, computers and games consoles than three years ago. However more children are also riding bikes, skateboarding and riding scooters.

How does Bennett’s comments about the testing agency’s failure morph into ” handling by the government”???

In your election indicator charts you show Labor as blue and coalition as red. Shouldn’t it be the other way around as always in the past?