The relationship between publishers and readers has changed dramatically -- and it's all thanks to digital marketing technologies. Social media and video trailers are flogging more books.

It’s a blossoming romance worthy of a Di Morrisey novel. For years readers and publishers relied on third parties — think the local bookstore or a literary festival — to act as chaperone. Now, thanks to technology, publishers are creating new ways to chat up readers — and convince them to buy a book.

Social media and websites are a major plot development, but not the whole story. YouTube videos — such as book trailers and author interviews — have been embraced by publishers, with many building studios in their offices, training staff and employing production companies to create regular content. Publisher websites are now often full of online quizzes, competitions and updates from authors. Some book titles now come with their own app.

“In lots of ways it’s just closing the loop between publisher and consumer,” Marika Webb-Pullman, marketing manager at independent publisher Scribe, told Crikey. “Through video or social media or events, however you go about doing it, it’s actually going out and speaking more directly to the audiences of your books. And that’s something that publishers haven’t done that much in the past.”

Text Publishing has employed new techniques for marketing Graeme Simsion’s just-released novel The Rosie Project, after the international rights were sold in over 30 countries for a reported $1.8 million. “In a small publishing house the budget is always pretty tight, so this gave us an opportunity to experiment,” explained Text digital manager Michelle Calligaro.

So the independent publishers paid a company to produce its very first book trailer, something akin to a low-budget film trailer to build buzz. The Rosie Project has its own website hub, where readers can take a quiz to discover which character in the book they are most like or immediately purchase it as an e-book. 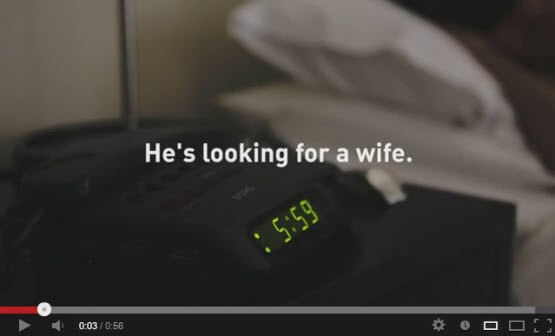 Text encouraged author Graeme Simpson to create a Twitter account as the main character in the novel, and @ProfDonTillman has been busy nattering with readers. Crikey noticed him when it began following the @CrikeyWeekender account and sent this message: “Greetings new faceless corporate follower. Feel free to contact me for background on genetics and human attraction.”

Videos of author interviews are another popular marketing tool, with several publishers telling Crikey its authors are now expected to sit down for a quick YouTube chat when they visit the publisher’s office, with some publishers even writing those responsibilities into author contracts. Cartoonist Jeff Kinney’s how to draw video for Penguin Kids TV received more than 270,000 views last year. Random House films Random Book Talk, a popular monthly book club interview with one of its authors. Both publishers have studios in their offices.

But video content is not easy or cheap for smaller publishers. Scribe is in the process of training a staff member and purchasing the necessary equipment to produce its own video content. Text hires the studios of News Limited’s Business Spectator (located in the same building) to film interviews with authors.

Book trailers are another expense, with estimates of just under $5000 for a cheap 30-second trailer. Video production companies are now contacting book publishers, aware publishers don’t usually have the skills or technology to create their own trailers.

Trailers divide publishers. Brett Osmond, Random House’s marketing and publicity director for Australia and New Zealand, is sceptical of those that appear more like advertising for a film than a book. He says young adult books aimed at female readers are the only trailers he’s found very popular.

Trailers by all publishers can sometimes get only a handful of clicks. So why bother, considering the high cost? “The permanence of them appeals,” said Scribe’s Webb-Pullman. “People can find their way back to them three, six or 12 months post-publication.” Large publishers share the cost burden by reusing trailers produced by international partners.

Book apps are also growing in appeal — although only the major publishers currently produce them. Penguin offers a large range of books in app form, predominately travel, cooking and health related or classic novels. HarperCollins produces an app which allows readers to preview a chapter before purchasing. And in a sign of the times, Random House recently bought the print rights to a well-known bullying app, Dandelion.

Meanwhile, regardless of their size, all publishers are madly using social media and updating their websites regularly. Penguin Australia first appointed a social media co-ordinator and in-house video producer back in 2009, and runs accounts across Twitter, Facebook, Google+, Instagram, Pinterest, Tumblr and YouTube (no word on MySpace), as well as maintaining all its traditional methods of marketing and communications.

Sally Bateman, marketing and publicity director at Penguin, says she’s aware of how many publishers are suddenly active online and fighting for readers’ attentions. “The space has become incredibly crowded very quickly, and the last thing we want to do as a publisher and curator of content is create unwanted or unnecessary noise,” she told Crikey.

It’s important to remember all this online engagement has just one purpose: flogging books. “All of our activities online and in print are done to raise awareness of the books,” said Webb-Pullman. And it’s not just publishers reaping the benefits: Random House authors receive a regular email outlining all the latest changes and news in digital marketing.

“Authors have capitalised on it as well,” said Brett Osmond, Random House’s marketing and publicity director for Australia and New Zealand. “The relationship with readers, publishers, authors and booksellers is a much less linear one than it used to be.”

Reading, screaming in cyberspace: notes from US Book Expo

Thanx for this, which I found interesting.

I’d also be interested in an update of the e-book vs print contest. I presume e-books are winning in some genres but not in others.

It does create an interesting platform for publishers wouldnt break through to publishing houses before though. Most will not have money to create marketing videos. With a mixture of self publishing and social media techniques every author can recreate a small demand. There is a long tail in this new publishing paradigm. There will never be no demand. Its just a matter of putting in a little effort.

It would be pretty cheap to get a group of readers together to review a book and post it online. Have your friends spread it through your software network and hope for a viral long tail hook.

Interesting survey of book trailers and social in Australian publishing. Book trailers still seem gimmicky and unconvincing. They may create an association with the book, but don’t they also do the thing readers hate:too much show. By planting a visual image into your mind of who the characters are don’t readers lose the imagination of characters that makes reading a creative activity? In the embedded video, for example, I now have a clear image of protagonist rather than one I’d create on reading the book.

Character tweets extend the book – not limit it. You get a chance to interact with a character and Simsion clearly loves the chance to take his character out into dialogue.

But there’s more opportunities for publishing than just using the web as a marketing tool. I blogged about bookshops using the web/mobile better but publishing houses need to look beyond the promotional. The idea of ‘social reading’, for example, is a chance to create conversation around books and build up community around a title by sharing what you love about it.