The Market is up 15. Dow Jones was down 42. SFE Futures were down nine this morning. The Dow was down 134 at worst and up two at best on stronger economic data and comments from the ECB about the Euro rise being a concern. Weekly jobless numbers were down 5000 to 366,000 in the latest […] 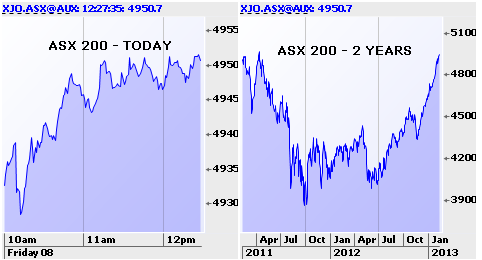 The Market is up 15. Dow Jones was down 42. SFE Futures were down nine this morning.