John Brennan should be on trial, not heading up the CIA

Incoming CIA chief John Brennan attended confirmation hearings before a Senate committee today. But he should be in the dock and on trial.

John Brennan, the man picked by President Barack Obama to replace David Petraeus as head of the CIA, attended confirmation hearings before the Senate Intelligence Committee this morning Australian time.

As Deputy National Security Advisor and chief counter-terrorism adviser to Obama, Brennan has overseen the US drone strike program that has resulted in the deaths several hundred civilians, including over 160 children. At the CIA, he would have access to the agency’s own drone program, separate from the Department of Defense’s program, although both are overseen by the White House.

While apologists might dismiss the killing of several hundred civilians by drones as a “necessary” consequence of the War on Terror (even as a senior US general admits how much damage they cause to the US), two deaths can’t be so easily dismissed: those of Anwar al-Awlaki and his son Abdulrahman al-Awlaki in Yemen in 2011. They are a different matter entirely, at least legally. They were American citizens, and they were killed by their government without any due process of any kind.

Anwar was an active member of al-Qaeda; that is not in dispute, although his chief role toward the end of his life appeared to be that of propagandist. He was deliberately targeted in a drone strike in Yemen in September 2011 after Obama had added his name to a secret terrorist assassination list in 2010.

Abdulrahman was no member of al-Qaeda. He was a 16-year-old boy, who was born and grew up in Denver. He was killed a fortnight after his father, in a separate drone strike in Yemen. 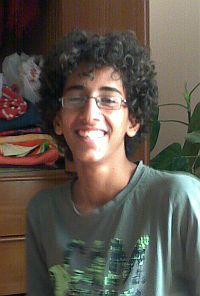 There is no suggestion that he was involved in any way with his fathers’ activities: the US initially tried to claim after the strike that he was a “military-age male”, in line with the regular US practice of insisting anyone killed in a drone strike is automatically a “militant”. Later, an anonymous administration source admitted the boy was “in the wrong place at the wrong time” and a senior Obama associate blamed Anwar — by the time of the strike, dead two weeks — for his son’s death.

So, an American boy is killed by his own government, and his death is waved away with excuses, and not even an inquiry or official admission of error.

At Brennan’s confirmation hearing this morning, he was asked by both Republican and Democrat senators to justify a process in which US citizens like Anwar are targeted for assassination by their own government at the whim of the President. Even the Committee chair, Dianne Feinstein, usually a slavish supporter of US intelligence agencies, flagged a proposal to establish a secret court to provide due process for US citizens marked for death by their own government.

Brennan, whose appearance was repeatedly disrupted by protesters, insisted the program — which the administration barely acknowledges exists — is “legally grounded”, despite being conducted entirely in secret. The administration this week released a paper explaining its legal reasoning for the extra-judicial killing of US citizens, which essentially revolved around a senior official deciding that a citizen represented a “continuing threat” to the US.

And he insisted that the evidence against Anwar was compelling — which as Glenn Greenwald noted on Twitter, begs the question of why he wasn’t indicted before being assassinated, rather than being subjected to a secret process inside the White House.

Oregon Democrat Ron Wyden also pushed Brennan about the lack of transparency around the drone program, demanding information on which countries the program is operating in. On another issue, Brennan remarkably refused to acknowledge the CIA’s practice of waterboarding as torture, placing himself at odds with outgoing Defense Secretary Leon Panetta, who has bluntly declared the practice “torture and wrong”.

Brennan is likely to be confirmed, particularly after Feinstein effusively praised him at the close of the session. These hearings are thus likely to be as close as Brennan gets to where he should be: in the dock and on trial for the killings of Americans Anwar al-Awlaki and Abdulrahman al-Awlaki.

I find it extraordinary that the US is able to get away with killing people who have not been convicted of a crime and sentenced to death by a court. I suppose the ‘war on terror’ is supposed to justify it, and it is possible because the US kills people in *foreign* countries beholden to the US.

The media bear a large responsibility for allowing matters to get to their present sorry lawless state. They have long since abdicated their role as a questioner of government policy. It has been revealed in the past few days that the mainstream media conspired together to suppress the information that the US was operating drone strikes out of Saudi Arabia. Glenn Greenwald in the Guardian is scathing about the professed rational for this abdication of responsibility by the NY Times, Washington Post et al.

But this is hardly new. We are coming up to the 50th anniversary of the JF Kennedy assassination, yet the mainstream media in Australia and the US persist in promoting the lie that Oswald was the lone nut killer, resolutely refusing to publish any evidence to the contrary or even review highly lauded (in Europe and on the web) books such Douglass’ JFK& the Unspeakable.

The Australian media are no better than the Americans. Another recent example is a 213 page report Globalizing torture published by the Open Society Justice Initiative. It names 54 countries (including Australia) who were complicit in the US program of kidnapping, extradition and torture. I am open to correction, but I am unaware of any Australian media outlet, print, tv or radio, (and this includes you, Crikey) which has discussed this very important report.

Unless we are able to recapture that old fashioned notion of holding people accountable for their crimes the situation is only likely to deteriorate.

Western mainstream media have become stenographers for the American Empire & its supporters….I wonder what Graham Perkin would have made of the lightweights who putrify our media e.g. Peter Hartcher’s disgraceful Islam bashing article in Fairfax this week.

Obama, Clinton, Bush, Albright etc etc all the way back to Lyndon Johnson, are mass murderers in Armani clothes…no different to the Nazis dressed by Hugo Boss.

Bring on the Asian century..so that we may be rid of this human scum which has calcified at the top of Western Governments….I doubt the Chinese could plumb the depths of depravity that the current crop of world leaders have displayed.

The coining of the term ‘collateral damage’ is vital to blurring the perception of what the US military is actually doing. There is careful avoidance of calling a spade a spade by not referring to killing, murdering, slaughtering or massacre.

But, hands on their hearts, they parrot lines about ‘g0d and country’ whilst flagrantly ignoring the no-kill Commandment.