New analysis from Bloomberg New Energy Finance concludes that renewables are already cheaper than new-build coal and gas in Australia. And gas may not even be needed. 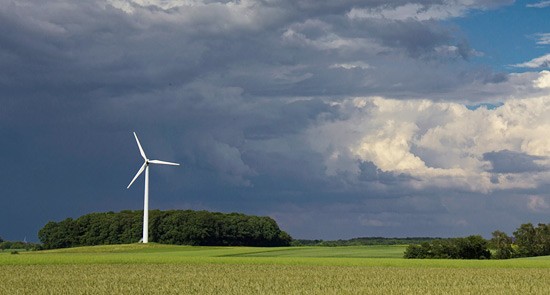 The modeling from the BNEF team in Sydney found that new wind farms could supply electricity at a cost of $80/MWh — compared with $143/MWh for new build coal and $116/MWh for new-build gas-fired generation. These figures include the cost of carbon emissions, but BNEF said even without a carbon price wind energy remained 14% cheaper than new coal and 18% cheaper than new gas.

“The perception that fossil fuels are cheap and renewables are expensive is now out of date,” said Michael Liebreich, chief executive of Bloomberg New Energy Finance. “The fact that wind power is now cheaper than coal and gas in a country with some of the world’s best fossil fuel resources shows that clean energy is a game changer which promises to turn the economics of power systems on its head,” he said.

The study also found Australia’s largest banks and lenders are unlikely to finance new coal without a substantial risk premium due to the reputational damage of emissions-intensive investments — if they are to finance coal at all. And new gas-fired generation is expensive as the massive expansion of Australia’s liquefied natural gas xport market forces local prices upwards. The carbon price adds further costs to new coal and gas-fired plant and is forecast to increase substantially over the lifetime of a new facility.

BNEF analysts also conclude that, by 2020, large-scale solar photovoltaics will also be cheaper than coal and gas when carbon prices are factored in.

In fact, it could be sooner than that: companies such as Ratch Australia, which owns coal, gas and wind projects, say the cost of new-build solar PV is already around $120-$150/MWh and falling. So much so it’s considering replacing its ageing coal-fired Collinsville power station with solar PV. The solar thermal industry predicts their technologies to fall to $120/MWh by 2020 at the latest.

The Bloomberg analysis says the Australian economy is likely to be powered extensively by renewable energy in the future and that investment in new fossil-fuel power generation may be limited.

“It is very unlikely that new coal-fired power stations will be built in Australia. They are just too expensive now, compared to renewables,” said Kobad Bhavnagri, head of clean energy research for Bloomberg New Energy Finance in Australia. “Even baseload gas may struggle to compete with renewables. Australia is unlikely to require new baseload capacity until after 2020, and by this time wind and large-scale PV should be significantly cheaper than burning expensive, export-priced gas.

“By 2020-30 we will be finding new and innovative ways to deal with the intermittency of wind and solar, so it is quite conceivable that we could leapfrog straight from coal to renewables to reduce emissions as carbon prices rise.”

The beginning of the end for carbon based economies
http://www.smh.com.au/business/china-flags-plan-to-cut-coal-use-20130206-2dyq5.html
Of course this country will contiue to hold onto outdated technology and business model, and suffer as a result.

This should have happened 10 years ago

And the stupidity of those missing the boat of the new Capitalism, still insisting renewables are a left-wing plot. Early adapters are the real entrepeneurs.

Two problems.
1. Intermittency results in a need for tremendous overbuilds, which is not taken into account by LCOE calcs.
2. Wind power, on average, must be conveyed a greater distance than more reliable sources, such as coal or gas fired power. This involves energy losses and requires greatly augmented HV transmission systems. The Germans are still wrestling with the cost of their as-yet non-existent transmission lines to connect renewables to their loads.

I write this in sadness, not anger. If only renewables could do all that they claim and at least cost, then the great and continuing argument about climate change would not be necessary. But they cannot, at least not yet or any time soon.