What does Michelle Grattan's departure from The Age mean for media diversity. And other media tidbits.

Michelle Grattan’s parting words. When political journalist Michelle Grattan announced she’d quit her post at The Age newspaper yesterday, she also outlined her hopes for political coverage in the future: a more diverse range of voices. In today’s media environment it initially seemed like a strange plea to make. We have 24-hour news channels, press conferences streamed live online, journalists fighting it out to be the first to tweet a significant announcement, and column inch after column inch devoted to analysing the previous day in politics. Don’t we get enough?

“At the moment, we’re getting too much concentration of voice, frankly,” Grattan said during her press conference yesterday. “It’s a bit of an irony that we’re getting this concentration especially in the mainstream media – when we’re also getting the fragmentation of the media with the internet. “These two things seem contradictory but they are actually happening at the same time. So I think diversity of political coverage, especially in an election year, is a really important thing.”

A lack of diversity in politics is painfully clear when identifying the small group of “insiders” who dominate newspapers, radio, television and much of the debate online — alongside the narrow number of story angles such coverage delivers (new spectacles, Labor in crisis, longest election campaign ever). While there are a number of prominent female political journalists doing some excellent work in the press gallery, that’s about where the diversity ends. What’s lacking is diversity in views, diversity in culture, experience and background, and diversity in mediums — it’s odd to think the latter is still a challenge, especially when there are so many channels now for journalists and non-journalists to report what’s going on. — Angela Priestley (read the full story at Women’s Agenda)

Front page of the day. Following a dramatic 35-minute blackout, the Baltimore Ravens edged out the San Francisco 49ers 34-31 yesterday in one of the most exciting Superbowl games ever. 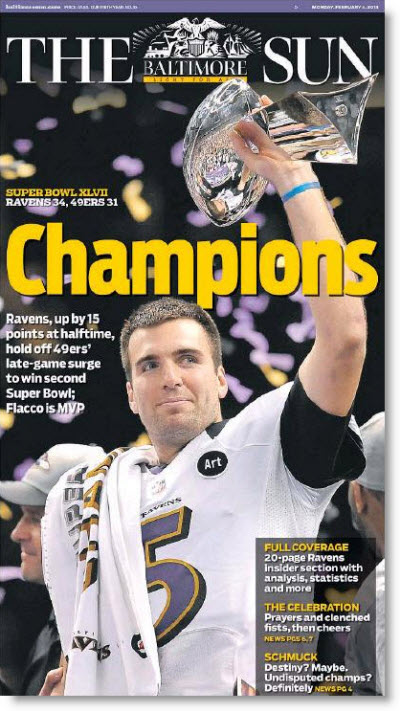 Video of the day. As well as the game itself, the other perennial Superbowl highlight is the commercials. This steamy ad for domain registrar Go Daddy — featuring a make-out session between Israeli supermodel Bar Refaeli and a nerd — has got lots of people talking. 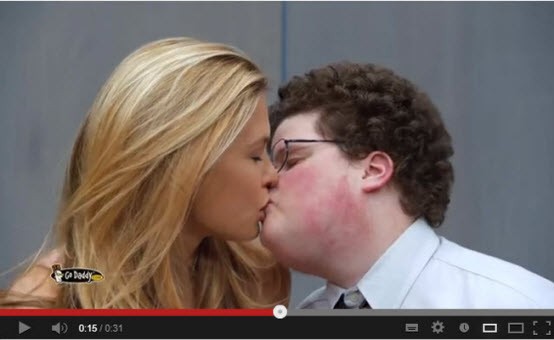