The market is up 4. SFE Futures were up 5 this morning. US market up 149. The Dow was up 159 at best with jobs numbers below expectations (but last month’s revised up) and some major local economic data coming in better than expected and company earnings continued to beat analyst’s forecasts. US non-farm payrolls were […] 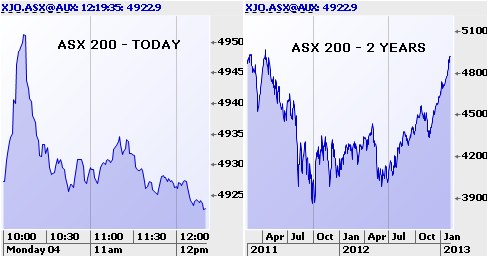 The market is up 4. SFE Futures were up 5 this morning.