Julia Gillard will take centre stage at a high-profile economic forum in China in two months. The Middle Kingdom may help shape Australia's election campaign, so the trip is significant. 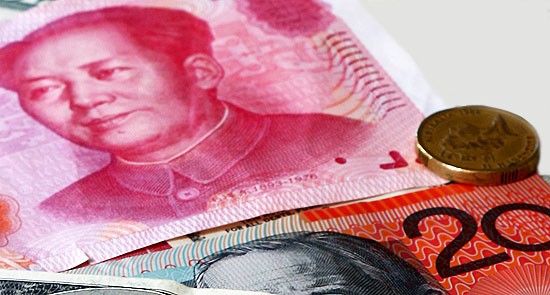 China has the potential to play a significant role in Julia Gillard’s marathon election campaign — its economy, investment and military build-up are all significant issues. So it’s apt that in two months time, Gillard will make her second visit to China as prime minister when she takes the stage at the Boao Forum for Asia on the resort island of Hainan.

Gillard had an opportunity to seize Australia’s most important relationship after the stumbles of the Rudd years but she appeared uninterested; the relationship with our biggest trading partner has bumped along the middle at best.

Gillard will also make the obligatory visit to Beijing where the next round of the Australia-China Business Dialogue will take place. She will trek to Chengdu, capital of the huge south-western province of Sichuan where she will cut the ribbon on Australia’s long-awaited fourth consulate in China — joining Beijing, Shanghai and Guangzhou. And she may bring another minister with her, possibly Trade’s Craig Emerson.

The Boao gathering is often referred to as China’s answer to the Davos World Economic Forum. It’s a showcase for China’s senior policy-makers, along with global business and economic rock stars (Nouriel Roubini, Hank Paulson, Peter Mandelsohn and the like) to talk about China.

The big-ticket political item with China is the economy. Australia is more economically dependent on China’s than any other sovereign nation on earth bar North Korea, with 30% of our exports heading China’s way.

The latest manufacturing surveys out of China last Friday showed mixed results that surprised markets on the downside, pointing to an economic recovery more fragile than generally bullish commentary would have you believe. The woes of China’s biggest market, Europe, continue and the US posted higher unemployment figures at the weekend, showing its vaunted recovery is very much a work in progress. And Chinese inflation looks set to rear its head again by the end of the year, crimping major stimulus moves by the government.

Still, even the status quo would see China grow at about 8%, supporting commodity prices and the Australian economy — but any unexpected shock could throw Treasury estimates off their feet.

More politically potent in Australia is the issue of Chinese investment, particularly in the bush where Chinese investors are turning their attentions from mining  to agriculture. Even though China holds just 2% of foreign held investments in Australia and probably even less of our property titles, “buying up the farm” taps into Australia’s xenophobia. This will used by Barnaby Joyce, Bob Katter and the like, causing potential headaches for Tony Abbott. But it’s a sensitive topic that resonates well beyond the conservative base, and will require a nuanced response from Gillard.

The PM’s attendance at Boao will have been encouraged by her long-time ally Bob Hawke who helped set up the conference. He stepped down a couple of years back but is still a regular. The deal would have been sealed once it was confirmed China’s new leader Xi Jinping would be delivering the conference keynote less than a month after the close of the annual National People’s Congress where he’ll be named president of China, a ceremonial title to go with his day jobs as Communist Party General Secretary and Chairman of the Central Military Commission.

Xi will be the first man to ascend to all three titles at once, arguably making him China’s most powerful leader since Deng Xiaoping. Images of Gillard being one of the first of a handful of foreign leaders to meet Xi will help to bolster her image as comfortable on the world stage, but she had better make an improvement on the dire speech she delivered in Beijing last time around.

Boao will present the PM with a few potential land mines. One of the conference’s major sponsors is Fortescue Metals Group, whose founder and chairman Andrew Forrest has been in an unusually bitter war of words with Gillard’s right-hand man Wayne Swan over the mining tax. So far the spat hasn’t spread to Gillard, but Forrest likes to speak his mind so there could be fireworks.

Gillard is unlikely to be pleased that in addition to Forrest, she will have to share the spotlight with New Zealand Prime Minister John Key. It’s his second visit to Boao in three years and he will come with a phalanx of ministers, a business delegation of 100 or so as well as his own team of haka-performing Maoris. Key is celebrating the fortieth anniversary of diplomatic relations as well as the fifth anniversary of his country’s free trade agreement with China, a deal that still irks Australia and a public reminder to Gillard that she has not managed to get one over the line.

The other China issue that looms as an election wildcard is defence. China was furious that it was named as a possible threat in the 2009 Defence white paper and yet another such paper is due about May. The slight was exacerbated by the decision to allow the US to station 2500 marines near Darwin.

China wants Australia to pull back from our alliance with the US instead of strengthening it. Yet Australia has excellent military-to-military relations with the People’s Liberation Army. In the meantime, China has been more belligerent in its marine littoral, locking horns with Australia’s ally Japan.

But Gillard soft-pedalled on China in her recent limp speech on cybersecurity. Last week a clutch of major Western media organisations — including The New York Times, The Wall Street Journal and The Washington Post — accused China of hacking into and seriously compromising their systems, including the theft of email passwords. This is unacceptable and if it has happened to Australian media, Gillard needs to speak up and say so.

So will Abbott respond to Gillard’s visit with a follow-up to his Beijing trip last July? It was there he earned the ire of the Chinese by saying an Abbott government would be highly unlikely to let foreign sovereign-run companies — which includes all Chinese state-run enterprises — buy Australian businesses. Perhaps he is better off staying at home.