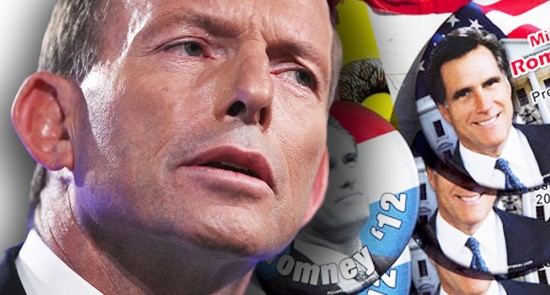 God love it or hate it, but there is nothing like Australian political coverage.

The Americans specialise in the sort of ding-dong attitudinising created by 24-hour news channels, unwilling to do reports when think tanks will prove 23-year-old talking heads gratis; coverage of the internal workings of party or policies is out of the question. The British? Well it’s like the parody of race-calling from the ancient Naked Vicar Show: “They’ve started … and Tronsom’s Boy is going much faster than all the other horses … and Tronsom’s Boy has won the race …”.

Only in Australia can a prime minister make an ostensible attempt to kill superficial political coverage by setting a “fixed” date — and have the press gallery respond with an analysis of her new eye wear, and what closed rims tell us about the future of bilateral free-trade agreements.

Nevertheless, for once, discussion of the election date has actual political content. There were various reasons offered: to blindside Kevin Rudd or any other leadership challenge; to take some of the heat out of News Limited’s continually sub-hysterical “crisis looms” coverage; to limit the possibility of a non-confidence motion, with both Craig Thomson and Peter Slipper looking like loose cannons. There was the suggestion that its purpose is to put intolerable pressure on Tony Abbott to release more concrete policies.

But no one seems to have twigged that the main purpose of the long-call is to have a campaign that is not an Australian one at all. Gillard’s inner circle are establishing the first US-style election campaign in the country’s history.

Labor has always been attracted by US politics, especially since the party abandoned the last vestiges of a socialist alternative. Having given up on making history at home, it looked elsewhere for the real thing. But with the rise of Barack Obama, that attraction became an obsession, and since the 2008 victory, and throughout the triumphant 2012 campaign, the party has been looking to the Democrats’ strategies and structures for hints on how to fight a campaign in conditions of turbulence and difficulty. My suspicion is that one conclusion has been that you can’t have a US-style campaign without a US-style duration.

Throughout last year, Gillard’s office enforcer John McTernan and others have been trekking to the States to see what they can learn from the Democrats’ high-tech, ultra-integrated, hard-hitting ’12 effort. They have most likely taken away two things: one, that the rise of the online world as a “third realm” (above nature and material culture) has made sampling, prediction and micro-targeting a more genuinely scientific, or at least systematic, project than hitherto. Contrary to the glorious individualists of the right-wing think tanks, behaviour can be reliably predicted with a sufficiently large sample — and the Liberal Party, the party of individualism, will work on the same sociologistic basis.

But what you really need to make this process work is time — time to try different strategies, get feedback and work on evidence.

Labor will be hoping that, like the Democrats, part of its social base — knowledge workers, for whose vote they compete with the Greens — will give them an edge over the Coalition on this, a more widespread ease with the notion. In the US, the Right were disadvantaged by the irrationalist anti-science culture they had built around climate change denialism. They could hire techs, but they couldn’t mesh their operation with a more systematic approach with any great success. And that left them exposed to the Democrats’ principle product of all that sampling: the evisceration of Willard Mitt Romney.

“It will be a more policy-oriented campaign than in the US — but a more subtly personal one than we have been accustomed to in Oz.”

By the end of the campaign, the Dems knew in which parts of which states which sledge of Romney would work best in — and more importantly, where it would be counterproductive. Painting him as a black-hatted asset stripper in Michigan, they leaned in on him as anti-woman in Colorado. One ad would run in northern Ohio, which is heavily Catholic; another would run in the state’s more-mixed south. The result was a sort of Cubist portrait of Romney as a multifaceted monster, and a bit of an odd fish. Focussing on what he would do if elected took second place to what he had done, itself subordinate to who he was — priorities that had been established through vast quantitative research.

That made it a long process, but so too did the systemic character assassination (based, it should be said, on truths about the man). Changing Romney from the goofy square Republican, far from dislikeable, into the sinister figure he became, took time to layer and develop.

Labor clearly intends to do that with Abbott. It will be a more policy-oriented campaign than in the US — but a more subtly personal one than we have been accustomed to. Such a campaign will make Abbott look like an odd fish rather than a good bloke, not the sort of bloke you’d feel comfortable with at a barbecue, and simultaneously make Gillard look closer to the norm, even though the shape of her external life — heathen witchy childlessness, to some — conforms less than Abbott and his brood of smiling daughters.

But of course the reverse is the case. Gillard is a modern person, adjusted to the contemporary world and at home in it, and Abbott is a nut job, a graduate of the B.A. Santamaria school of cultural pessimism. Gillard is comfortable in her own skin; Abbott is a neurotic, obsessed with perfection, purity and control, more willing to jump on a bike and do a flawless 100 kilometres than sit down and master a pre-debate health brief.

That echoes the Obama-Romney match: Obama, about as “exotic” as an American could be, was in reality much closer to the mainstream than Romney, whose Mormonism made him, ultimately, more loyal and bonded to his closed church community than to America as an ideal. But Romney’s oddness had to be smoked out — he had to be given enough time for the bizarre collocation of beliefs that animated him to become visible, and for Obama to seem like the guy you can talk to.

Narcissist-neurotics like Abbott and Romney also have a tendency to screw up because, deep down, they want to — they don’t want to risk the destruction of their ego-ideal that failure might bring. Small stuff-ups give them an excuse, an out.

Romney’s torrent of gaffes in the first six months of his campaign was far beyond the usual ratio; later, his son and campaign advisor Tagg would say he had “never seen a man who wanted to be president less than my dad”. Tagg meant it as a testament to Mitt’s humility; a bruised and battered Republican Party probably viewed it less charitably. Abbott’s gaffes and mis-speaks may prove a liability. An eight-month campaign might be enough to generate a rich crop of disasters.

So Labor hopes. But while Romney and Abbott have much in common, the other element in the Democratic triumph was Obama and, well, I know Obama (from TV), I worked near Obama (in the press enclosure of large stadia), “Barack Obama” sends me four emails a day asking for money, and Gillard is no Obama. There was a team of deeply impressive activists around Obama, but it was the man himself who set out some bold directions in leadership, and that has been lacking in the Gillard camp.

There are times when Gillard’s progress resembles that of the hapless Nicola Murray in The Thick Of It, a last-chance leader shoehorned in, and going from one crisis to the next.

Eight months is a hell of a lot of room to pile one crisis on top of another. The virtue of short Westminster-system elections is that you can change perceptions in a week, and the vote is over before the backlash appears. With a four-week campaign, Gillard would have stayed in the money right to the end. With an eight-month run, she may be gone beyond rescue by April.

Still, the glasses will probably swing it.

Cue “FrameWatch” or “FrameGate”? Or is it a way of getting closer to Michelle Grattan?

Obama’s campaign was characterised by an extensive, highly motivated and able network of community organisers and supporters, who used social media effectively to drive the campaign’s messages home to voters at the grassroots level. It would do no harm to the Gillard campaign to adopt a similar strategy.

Guy, I think you article is somewhat off beam. LNP and LOTO have been in GOP style campaign mode for over 2 years.
LNP/LOTO have set the agender. Fact free, lies, use of the justice system, slogans (direct from GOP handbook) personal villification, repeted ad nauseum as fact by complicit MSN/ABC.
The PM is not crisis prone nor is her Government, this is a confection of MSM/ABC opinion not fact.
I can only hope that the LOTO’s perma tan and whitened teeth, will be treated in the same vein as the comment on the PM’s glasses.

Has Labor considered the fact that Mr Rabbit migh have god on his side? I say “might”, ’cause god might find him as insufferable as many of us do, despite him being such a good Catholic frog. For myself, if Mr Rabbit does get up, I’m gonna renounce my atheism and hunt down ALL gods and kill ’em! After a good round of well deserved water-boarding, of course!

NB. The non-capitalisation of “god” is deliberate and considered.

I quite like this analysis, except that for me (already bored to tears with the election) there is nothing Labour can do to redeem itself – it has become a slightly left version of the Liberal party – to me, there is little difference between them and that is one of the differences between here and the USA. You can have all the savvy ‘on the ground’ organisation in the world, but if your policies are the same as the other mob, whats the point?
Oh and a huge brickbat to the Age for covering the changes in Julia’s looks over the years – why? Is there going to be similiar coverage of Tony?