The market is up 31. SFE Futures were up 5 this morning. Dow was down 50. The Dow was up 31 at best and closed on its lows. Markets saw lighter volumes as Wall St awaits the non farm payrolls data due out tonight, the previous reading was 155,000 and the forecast is a lift […] 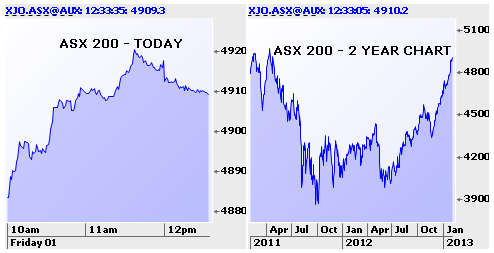