Longer, softer Meet The Press. The creeping takeover of the Ten Network by the Murdoch media empire continues. Not content to have an increasing proportion of its prime-time schedule in the hands of Shine and Fox — both controlled by News — Ten plans to outsource an expanded Meet The Press to News Limited. While […]

Longer, softer Meet The Press. The creeping takeover of the Ten Network by the Murdoch media empire continues. Not content to have an increasing proportion of its prime-time schedule in the hands of Shine and Fox — both controlled by News — Ten plans to outsource an expanded Meet The Press to News Limited. While Ten will have “editorial control”, News will supply the on-air talent.

Meet the Press will be expanded to an hour at 10.30am — it starts from February 17, two weeks after Insiders resumes on ABC1 this Sunday — and move away from politics to include lifestyle and sport, competing more directly with Seven’s Weekend Sunrise and Nine’s Weekend Today. The plan is for The Bolt Report to return in March at 10am as a lead-in (further adding to the Murdoch’s control of the editorial direction of Ten, with its star Herald Sun columnist as host). Ten says a cut-down version of Meet The Press will air at 4.30pm — the slot Andrew Bolt had last year. Will his repeat be scrapped?

It could all be seen as a backdoor attempt to start a Breakfast-style program on Sunday mornings. The new host is Kathryn Robinson, who hosted the boned Breakfast last year. Paul Bongiorno is out. — Glenn Dyer

Fin Review gets thicker. Property hunters need not rush to their newsagents on Saturday morning any longer — just get your copy of the Australian Financial Review the day before. From today, the Fin will run the Fairfax Domain real estate liftout in its Friday edition.

In a statement, Financial Review Group Chief Executive and Publisher Brett Clegg said Domain was an exciting addition: “Our high net worth and savvy investor audience will now have access to a complete end-to-end property bible with our market leading commercial property coverage, Life & Leisure and now Domain.” To coincide with the launch, the section has been given a makeover complete with sans serif fonts, lime green breakout boxes and a navy blue colour scheme. — Tom Cowie

149 or 150? A massive story for the media yesterday, as embattled Labor MP Craig Thomson was arrested by police on 149 counts of fraud. Or was it 150? The media was going with both numbers yesterday, sometimes referring to one charge relating to $330 and a credit card (and then an extra 149 on top of that). 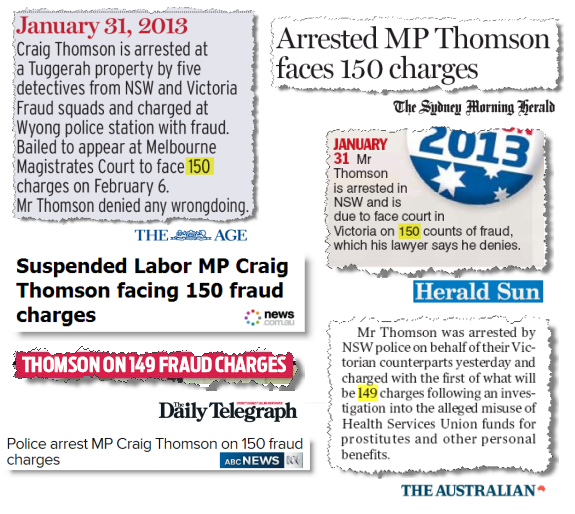 So which is it? Well according to Victoria Police’s media unit, who Crikey spoke with this morning, the real number is 149 charges. NSW Police deferred to their southern colleagues. So we think that means the Herald Sun got it right with their massive splash this morning: 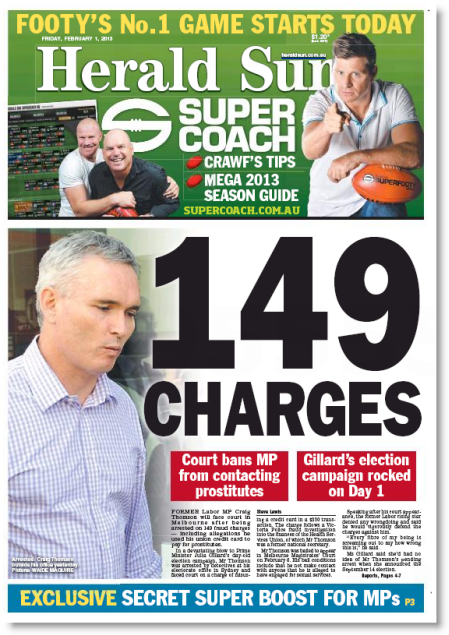 How to become unemployable. Nice work over at struggling music retailer HMV to the sacked workers live tweeting their dismissal. This is why you should change your social media passwords before you sack the staff … (via @TopTablePlanner) 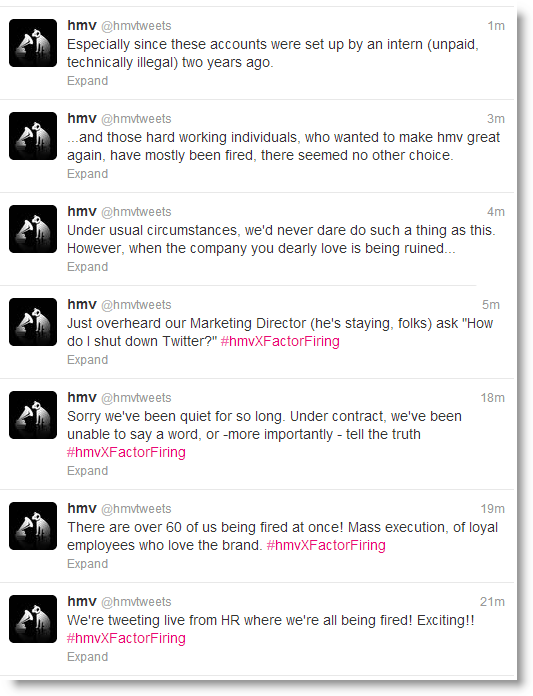 Pay-as-you-go pay TV? BSkyB, 39% owned by the Murdoch family’s News Corporation, has revealed a major switch in its subscription TV model. Other cable and satellite operators around the world will watch with considerable interest — especially Foxtel, which may be tempted to follow and boost interest in its expensive AFL and NRL offerings.

In its December half-year results released overnight, BSkyB said it would start offering its sports channels on a pay-as-you-go basis without the need to own a Sky subscription. It sounds like heresy and flies in the face of the basic business model for pay TV businesses, especially those owned or controlled by Murdoch and News which have traditionally used an aggressive, exclusivist approach by grabbing control of major sports broadcasts and building the business around that. That’s certainly how BSkyB was changed from a black hole to a profits machine by Sam Chisholm and senior managers.

Foxtel’s first year with five AFL games last year failed to set its subscription base on fire, despite ambitions to add around 70,000 new subscribers (above and beyond those acquired with the Austar takeover). This year it has the AFL and the first expensive year of the NRL contract. The anti-siphoning laws prevent Foxtel from grabbing exclusive control of both sports, so management may be tempted to follow BSkyB later in the year, once it has seen how the new service has gone in the UK. Sky will offer the pay-as-you-go service for 9.99 pounds a day (around $15.10), compared to its basic monthly package of around 42.50 pounds (just over $64).

Video of the day. Hurricane Helen Kapalos has had a big few months, from being boned by Channel Ten to becoming the face of Victoria’s edition of Today Tonight — “the only public affairs program made in Melbourne for Melbourne”. Here’s the TT promo of Kapalos enjoying the sights and sounds of the southern capital (coffee: check, footy: check, trams: check). With the show under a cloud, we just hope everyone gets to see it … 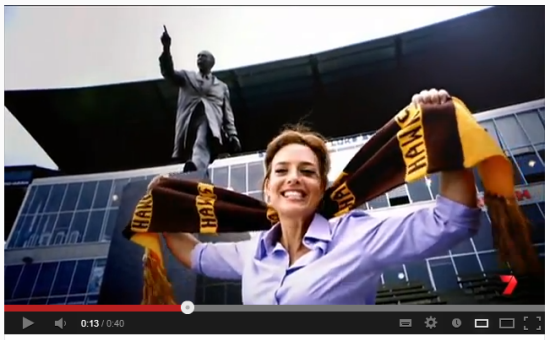