Crikey says: who to blame for Labor pains

Disclosure day for the AEC: we shine a light on who donated how much to which political party. Guy Rundle on Australia's new US-style campaign. Plus: why Craig Thomson isn't going anywhere (just yet), who's taking the reins of the SA Libs and whether Jon Faine should (or shouldn't) apologise. 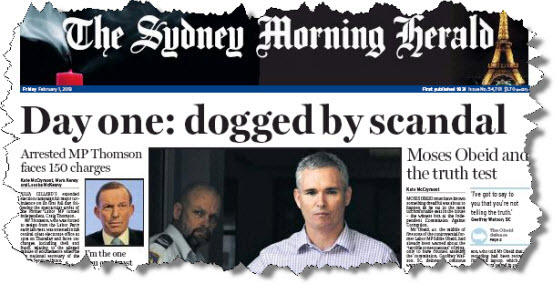 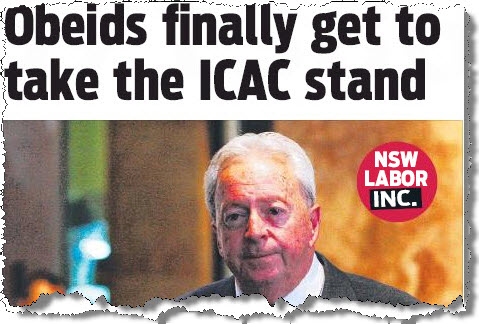 Welcome to the 2013 federal election campaign.

Conventional wisdom in some quarters will have you believe Julia Gillard is everything that’s wrong with Labor — the newly bespectacled PM will cost them the 2013 federal election.

Two points. First, on current polls Gillard could do it. She still has a better chance than her Bulldogs of winning in September.

Secondly, her party’s not helping her. Between drawn-out, distasteful revelations of corruption in NSW, to watching a sitting, ex-Labor MP arrested and hauled off to face fraud charges, to a state party so unpopular in Queensland that it barely exists, the Labor brand is in trouble. And it’s in trouble where Gillard needs to win seats.

Gillard is certainly not blameless for Labor’s pains; her political judgement and struggle to create and sell a narrative are serious liabilities. And she backed Thomson when perhaps she should have backed away.

But let’s move beyond the presidential-style single focus on “what Gillard’s doing wrong”, and start asking what Labor’s doing wrong. Let’s listen to the likes of John Faulkner when they try to answer the hard questions about why Labor is losing its way. How did things become so bad in NSW, and what’s been done to prevent it happening again? Is Labor getting the best candidates it can? What does the party stand for?

Because the federal election should be about so much more than Gillard’s new glasses.

“Is Labor getting the best candidates it can?”
I’m from Adelaide and we currently have an ALP upper house member in the courts. How did he get into parliament? How on earth did he get in? And I can name two or three others currently in either the upper or lower house who would not be there if the party had a preselection process not controlled by unions. Why am I no longer an ALP member? What’s the point!

Shouldn’t the election be about how well Labor has governed/will govern vs how well the other lot (or anyone else who stands) will govern?

Obeid is exhibit A in the terminal rot in the NSW branch of Labor.

All we know about Labor is that they hate the Libs. What else do they stand for? I dunno.

Mr Obeid’s son stated that the mining maps, found in his office, “could have come from Jesus Christ”. Could it be that every time Moses opens his mouth, the bullrushes out?