SA Libs in turmoil: Redmond walks, Downer out of running

South Australian Opposition Leader Isobel Redmond has finally fallen on her sword. It's a huge relief to many of her colleagues, writes Kevin Naughton of InDaily. 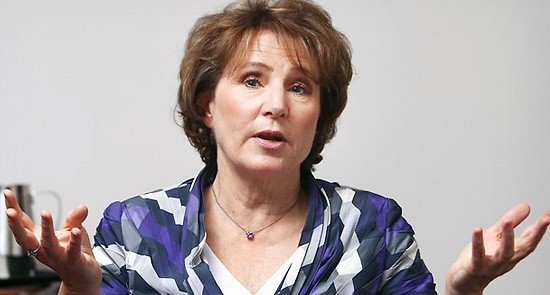 South Australian Opposition Leader Isobel Redmond has finally quit. The Liberal leader told MPs at a party meeting in Port Pirie this morning she would step down “in the face of ongoing leadership speculation and disunity”.

A ballot for the position will be held at 9am Monday. InDaily understands retired federal minister Alexander Downer will not contest the leadership.

The decision opens up a range of options for a replacement leader, with lobbying beginning immediately. Contenders include former leader Martin Hamilton-Smith, whose challenge for the job last October fell one vote short, current deputy leader Steven Marshall and former deputy leader Vickie Chapman. Former leader Iain Evans is understood to have little or no support.

It’s understood Marshall is reluctant to take on the top job in his first term, having been elected in 2010. Marshall and Hamilton-Smith had stood last October on a joint ticket as leader and deputy — the same is likely to occur Monday with the possibility Marshall might be convinced to take the senior role to keep the Downer bid at bay.

State MPs have become frustrated with the ongoing speculation that the Downer option remained alive and were keen to make their own move to force his hand. A key player in the Downer move says the Downer option is now “expired” — “he’s a non-starter”.

Key MPs met last night before the Port Pirie gathering after successive days where Redmond struggled with media questions on public service staff cuts, and renewed speculation about Downer in this morning’s press. Despite the long-running speculation the reaction to the announcement indicates few had expected it to happen so quickly.

“It caught everyone by surprise, but if this gives them a chance for a fresh start then I hope it is going to be a good one,” federal Liberal powerbroker Simon Birmingham said.

Liberal Senator Sean Edwards praised Redmond’s decision to resign. “I thought that she had made a courageous move, and one which I felt was probably necessary in the interests of the party going forward,” he said.

“She identified it herself in her statement, that with continuing speculation about the leadership that is unhelpful. She is a very honourable person, and she understands that as well as any person that makes a study of the political environment. She has moved, I think very graciously, to end that speculation.”

A senior party source said: “A huge sigh of relief is being felt around the entire party — all sides and interests are glad this chaos is over.”

Redmond first entered politics in 2002 as the member for Heysen. She became leader of the opposition in July 2009 after incumbent Hamilton-Smith stepped aside. Before moving into politics, Redmond ran her own law firm in the Adelaide Hills.

In her statement this morning she vowed “whoever is chosen as the new leader has my guarantee of my loyalty and support”.

“I will work conscientiously as the member for Heysen and do everything in my power to ensure a Liberal win at the election in march 2014 — a change of government which this state so desperately needs,” she said, without indicating if she would recontest the seat.

Today’s decision followed another destabilising leak to the media: The Australian received a copy of an email exchange between party stalwart and former one-term federal MP Michael Pratt and Downer, with Downer calling the performance of the state Liberals “a sad tale” and talk of him seizing the leadership as “very interesting”.

Premier Jay Weatherill says Redmond’s resignation is “the culmination of the most treacherous and deceitful undermining of a leader we have seen in this state”.

Marshall to lead SA Libs, with Downer in the background?

It’s a damn shame, the only time I’ve voted Liberal in a state election was because of Redmond. Have to laugh at Liberals saying they’re glad the chaos is over. Self induced chaos.

Can someone talk Cory Bernardi into doing something for lifting the tone in federal politics – by taking on this “Position Vacant”?

Sorry klewso, but Cory is a rare lunatic, and I don’t think South Australians should take this one for the team! We don’t want ‘im!

It is an astute and pertinent one floorer.
But I suppose Bernadi is too busy being Abbotts advance party for his Tea Party money grubbing exercises in England and America.