Julia Gillard has shocked Canberra by naming the election date, with Australians to go to the polls on September 14. It will pressure Tony Abbott to release costed policy. 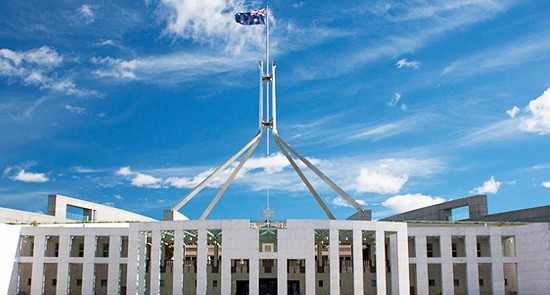 Australia will go to the polls on September 14 after Prime Minister Julia Gillard unexpectedly used her first major speech of the year to announce the date, intending to provide greater certainty and allay voter alienation about incessant speculation.

The unusual tactic — surrendering the traditional prime ministerial initiative in relation to the calling of elections — came toward the end of a speech intended to set the course for the political year. Gillard says she wants to avoid Australians being forced to endure “a guessing game”.

The announcement will ramp up pressure on the Coalition to begin releasing costed policies, with considerable focus on Opposition Leader Tony Abbott’s perceived negativity and lack of policy substance as he prepares for a similar National Press Club speech tomorrow.

Gillard’s speech — which didn’t mention the opposition or Tony Abbott at all — offered a nuanced perspective on one of the issues likely to be important through until election day: cost of living pressures.

The Prime Minister reflected on flat house prices, lower superannuation returns, a high savings rate, increasing commuting times and the contrast with the pre-GFC era of constantly rising consumption. She also reflected on how governments are doing it tough because revenue keeps missing forecasts, and how business may simply have to get used to a high dollar that refuses to succumb to the gravity exerted by declining terms of trade and an inevitable decline in mining investment.

While lacking substantial detail, particularly about the structural savings to the budget that are needed to pay for education reform, disability insurance and other promises, it was a more honest policy speech than we’re used to getting from national leaders, and reflects the stated intention of the Prime Minister to focus more on policy and on governing than on politics.

If only that were so. Meanwhile, over to Tony Abbott, who is doubtless rewriting tomorrow’s Press Club speech right now.

Gillard brands the cause with NSW Labor

How Rudd will keep women (and Women for Gillard ‘screwed up’)

Interesting move from Gillard, but the definite upside is the ability to shine a light earlier on Abbott’s lack of policy and lack of costings.

It also puts here firmly on the front foot.

Now if only the media would start asking Tony to flesh out his policy things might get interesting.

Our PM Gillard once again shows what a gutsy and focused woman she is.
We are served very well by this woman, even after experiencing the avalanche of political and personal abuse and tripe that has been thrown at her, she can forego the political opportunism and perogrative of calling the forthcoming election at the most incovenient time for the opposition.
If the nation focuses and recognises her forthrightness, the nation can dispense with the wilful, lying and vacuous Abbott at last

Anything that forces the LNP to divulge their idustrial relations policy has to be a plus.

I can see the potential benefits of a looooong election campaign, but…oh God, 8 months of election ads? I won’t be able to watch commercial TV for most of the year.