Better Place in a worse one: CEO gone, local ops powered down

The local Australian operation of global electric car firm Better Place is in limbo following the departure of global CEO Evan Thornley. Dozens of staff have lost jobs and high-profile investors left out of pocket. 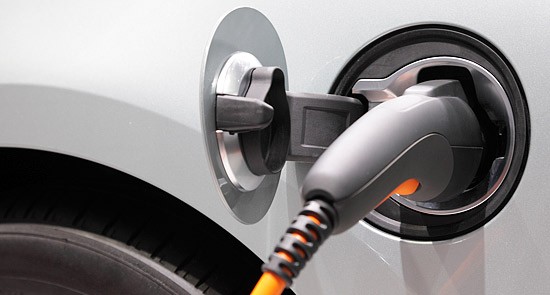 Thornley, the former Labor upper house MP who famously turned down the offer of a ministry in the Brumby government to pursue his electric dreams, departed the firm in mid-January after strategic differences emerged with the board of the Israel-based charging and battery swapping operation.

He was elevated to global CEO for just three months after the sacking last October of company founder and global spruiker Shai Agassi. Now, the company’s 50 local staff are eyeing the exit — with around 10 already made redundant as part of a 300-strong global cull before Christmas.

A statement issued last week by Better Place’s Denmark-based office revealed Australian operations will be placed on the backburner while the board focuses on the key markets of Denmark and Israel:

“From the global perspective, the Better Place strategy has not changed and expanding globally remains the plan. There has been a recent shift to focus on the markets where networks are deployed and cars are on the road, currently Denmark and Israel.

“This requires focused resource allocation and management attention which will result in slowing down pace in other markets for a while. Australia is an important front and an attractive market, which Better Place plans to cultivate as soon as we are ready.”

Primary local investors in the $25 million 2009 Australian capital raising included RACV, Lend Lease Ventures, Canberra-based energy utility ActewAGL and a number of prominent well-heeled families and individual investors. The majority are believed to be supremely nervous about their cash evaporating.

Global investors in a separate pot include HSBC, Morgan Stanley, General Electric and UBS, which have tipped in about $US860 since 2007. However, the biggest individual shareholder is Israel Corporation, the holding company run by Israel’s richest man Idan Ofer, who boasts personal wealth of US$6.2 billion. Ofer issued an ultimatum late last year, demanding management come up with a viable business strategy or have his support pulled.

The global company posted a loss of $US64 million in the last quarter and $US132 million last financial year. It has bled a massive $US490 million since it launched.

In a farewell email to staff, obtained by Crikey, Thornley thanks Ofer, also the group’s executive chairman, “for vision and commitment to our incredible mission” despite creative differences in strategy:

“I continue to believe that the Better Place vision is both accurate and commercially sound and trust that whatever shortfalls we suffer are correctly seen as errors of execution not of strategy. I have friends and colleagues too numerous to mention from the last four years who I want to thank and look forward to staying in touch. I will continue to support the company in any way I can and our broader mission.”

Better Place has a new acting CEO, company veteran Dan Cohen. But it could all be too late for the remaining Australian staff base, many of them housed at the firm’s Richmond “operations centre”. When the company launched, Thornley managed to lure a cavalcade of talent from his extensive ALP-centric Rolodex. Prominent hires included Kristina Keneally’s husband Ben Keneally, the recently-elected mayor of Sydney’s Botany Council.

Late last year Better Place halved its 400-strong Israeli staff base, by slightly less in Denmark and by 20-25% in Australia and it continues to face a strategic crisis.

In 2011, a 16-point Canberra charging trial was announced, but the rollout is behind schedule, despite the launch of “free” initiatives at various points around the national capital in December. The Canberra rollout was a joint venture between the ACT government, ActewAGL and Rock Development Group.

Better Place had inked a $60 million electricity deal with ActewAGL to purchase 100% renewable energy for the network and part of the firm’s planned revenue stream involved on-selling the electricity for more than it bought it for. A deal with car parts suppliers and a consortium, EV Engineering, to develop a battery-powered Commodore for the retail market with Holden’s support remains stillborn.

Evan Thornley has been contacted for comment and we will include his response when we receive it.

The Evan Thornley timeline: this doesn’t add up

As we head into the 21st century needing new ways to adapt to the fact of scarce resources, some strategies are going to succeed and some fail. In the emotion of an individual outcome sometimes the pursuit of the goal of the greater good can be forgotten.

To much imagination, not enough e.cars on the road, ahead of it’s time, sadly!

Wake me up when an efficient, reliable battery with a long working life and fast charging rate comes along.

I’m sad about this for a friend who may lose his job. But there was always a funny smell about it.

First there must have been barrels of snake oil used to shake US$1bn out of investors on the dream of an explosion in electric vehicle uptake after so many false starts. Year after year concept ev’s would be rolled out to great fanfare, never to be seen again. You didn’t have to be watching the industry too closely to see a vicious circle with reluctant or half hearted big manufacturers drip feeding R&D, consumers waiting for the tech to improve, and governments the buyers of last resort.

Secondly it was essentially claiming prescience over the technology that would win out when electric vehicles inevitably take off. My interest was with guys like Elon Musk who were sweating to make the basic platform work. Now the Tesla Model S looks like the first serious consumer ev and Musk is rolling out solar powered recharging stations. There might be place for a Better Place one day, but its just too early to tell. Battery performance is still wanting and there is just too much innovation ahead.

I want an ev revolution, but a lot of well intentioned folks were sold a thought bubble. Naive celebrities are one thing, but the RAC and ACT governments should have known better and I would be asking questions about my member fees/tax dollars. No doubt the aura brought to the table by the usual global banks (who will elbow their way to the head of the creditor queue) was enough to sway less informed investors.