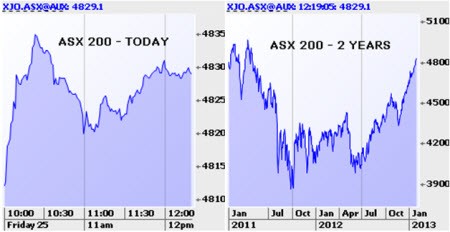 The market is up 19. SFE futures were up 16 this morning.