AFR from ICAC on involvement of AFR. Buried in Neil Chenoweth’s nice summation Wednesday morning in The Australian Financial Review of Tuesday’s events at the ICAC hearings in Sydney involving the Obeid family, NSW coal deposits and various members of the former NSW government and assorted others, were these paragraphs that raise some tantalising questions:

“‘I was approached by Angus Grigg of The Australian Financial Review,’ Hagan (a lawyer with NSW coal company, Coalworks) told ICAC. ‘He never mentioned the Obeids to me … I remember him saying, ‘Didn’t you know who was behind Voope?’ (A company which had picked up three of the 11 exploration licences authorised by the then NSW mines minister, Ian Macdonald.)

“Hagan believed Brook (Gardner Brook, a Sydney banker) and Kaidbay (an Obeid associate) were the owners of Voope. When he queried this, Kaidbay emails him on April 15, 2010 that ‘the AFR is on a political witch hunt from what I have heard from sources at the AFR‘.

“Five days later Duncan (another Coalworks lawyer) emailed Hagan that Kaidbay had told him he had contacted the then editor of the AFR, Glen Burge, whom Kaidbay had described as a personal friends, and was told the AFR was trying to connect the grant of the exploration licences with Eddie Obeid.

Those paragraphs would indicate Burge had let the cat out of the bag and, in doing so, prompted the Obeids to further obscure their involvement. Of course, this is third-hand and hearsay and haven’t been tested. But it is an interesting exchange to be reported in the paper that Burge once edited. — Glenn Dyer

Another TGM departure. US journalism luminary Paul Steiger is the latest big name to leave the Editorial Advisory Committee of troubled online venture The Global Mail.

Steiger was managing editor of The Wall Street Journal for 17 years before becoming editor-in-chief of the philanthropically-funded Pro Publica site. His name has been removed from TGM’s information page.

Gallup dumped for wrong call. Well, there has been at least one significant change due to the re-election of Barack Obama: Gallup polls has been dumped by daily newspaper USA Today, one of its flagship clients. And the paper may not be the last media outlet to do so.

Gallup, a name synonymous with quality polling for decades, got the 2012 presidential election so badly wrong that it had Mitt Romney winning by 1% right up to election day, having never tipped an Obama win across the whole final weeks of the campaign — and at one point having Romney in the lead by seven points!

Despite warnings from Nate Silver that Gallup had become a notoriously wide-of-the-mark pollster — due to a creaking methodology, which underestimates non-white votes and those of transient or short-term tenants, both key Democratic groups — Gallup became the pollster of choice for the conservatariat, in the US and Australia, in their desperate attempt to convince their readers and themselves that ’12 would be a GOP walkover.

They’d even preferred it to Rasmussen, which gave Romney a three-point lead, but which was a known right-wing outfit. The most accurate pollster of 2012? The more-or-less in-house Democratic outfit PPP. The conservative rightmare continues. — Guy Rundle

SMH double act. The Sydney Morning Herald liked this AAP story on overweight mothers so much they published it yesterday on page two … and page three. 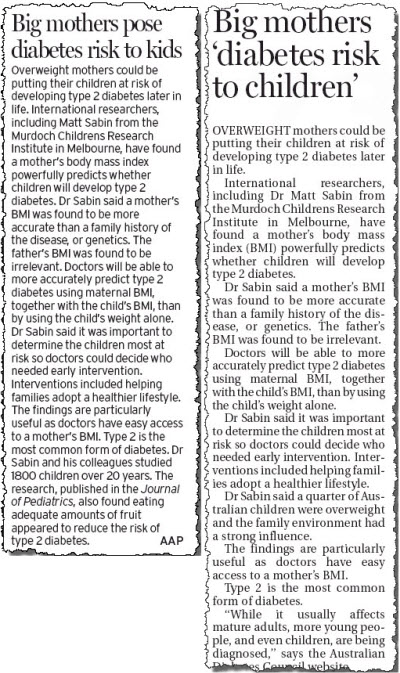 Arse-grab a popular pic. When you type “gay” into News Limited’s photo library this, clearly, is the first image that comes up (via the NT News). We can’t recall a News Limited story, across the entire network, that has dealt with matters homos-xual without using the same picture. We wonder who these two men are? And how they feel about being the poster-men of a cause?

Video of the day. Bugger the bankers, say the Austerity All Stars, who are “a bunch of like-minded folk who like to express themselves through the medium of rousing song.” It’s easy to imagine belting out this catchy tune with pint in hand. 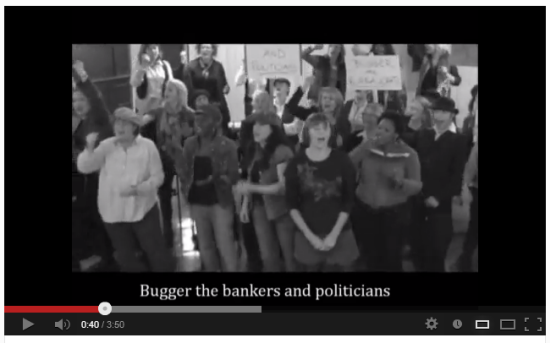 Front page of the day. Britons will decide how much they like being part of the European Union, Prime Minister David Cameron announced overnight … 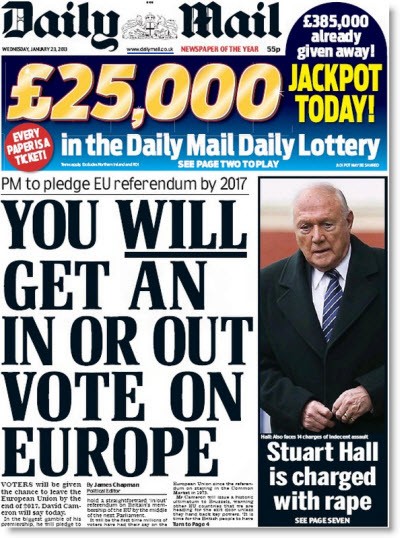 “Dumping Gallup” – imagine if these “economists” were dumped by the various institutions carrying them, for being wrong as often as some of those “experts” are?