Mining the moon in 10 years: more science than fiction

Space and mining boffins will gather in Sydney next month to discuss the possibly of mining on the moon, asteroids and even Mars. It could happen a lot sooner than you'd think. 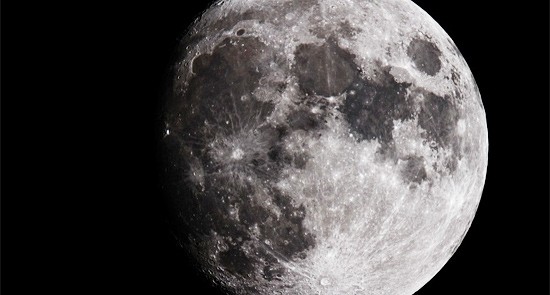 Houston, we have diamonds. That could be the message to come from our next space mission if a growing interest in mining other planets one day comes to fruition.

Academics, miners and space industry experts will gather next month for the Off Earth Mining Forum at UNSW to discuss the possibilities of extracting resources from the galaxy. NASA will be there, as will Rio Tinto, for the two-day forum, with presentations including “Mining Machine Automation”, “Space Business Innovation” and “The Moon — a Lawless Outpost?”.

Professor Andrew Dempster from the Australian Centre for Space Engineering Research is one of the organisers of the event. He says off-earth mining is one of the new areas of space research and could one day help lead to the colonisation of other planets. He predicts we could be mining the moon in 10 years.

“What we’re trying to do here is take some of the blue sky academic people and get them to sit with some hard-headed miner types and see what sort of common ground we can find,” he told Crikey. “If someone is going to have a business case for going to space, then mining is probably the first cab off the rank.”

One company already hoping to capitalise on the growing interest in space mining is Planetary Resources. Backed by film maker James Cameron and Google’s Eric Schmidt and Larry Page, the company hopes to harvest minerals from passing asteroids. Another company, Deep Space Industries, hopes to launch a fleet of space craft to investigate asteroid minerals by 2015. 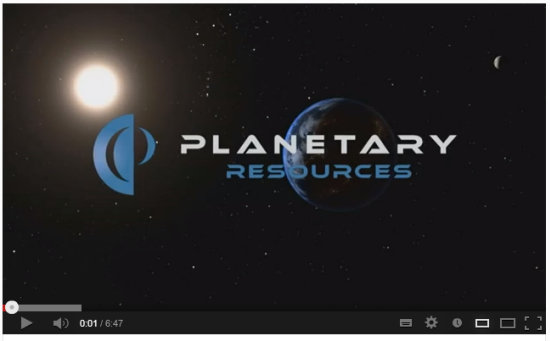 Dempster says some asteroids have a make-up consisting of valuable materials, such as diamonds. Matter found on the moon would more likely be water or other fuel, he adds, which could help on future missions to Mars. Another substance abundant on the moon is Helium-3, a rare mineral that can be used in nuclear fusion power plants.

“There are three territories that we’re are thinking about in this forum: one is the moon, one is Mars and one is asteroids,” he said. “Mining asteroids is just about making money out minerals in the traditional sense. Mining Mars would be probably the most speculative, it could be for minerals, we don’t know.”

One issue being discussed at the forum will be the use of machines that can be remotely controlled from Earth. Part of that involves automated building, using technology similar to 3D printing. As Dempster puts it: “If you’re going to mine the moon it’s probably not going to be bloke swinging pick axes its going to be machines.”

While some environmentalist may find the idea of exploiting the moon or Mars controversial, Dempster compares the prospect as less problematic than mining in another remote frontier: Antarctica.

“One reason why Antarctica is a a controversial place to talk about mining is the environmental risks and the species down there that would be put at risk by mining. The same argument can’t be made about asteroids, the moon or Mars because as far as we know there’s no life there,” he said.

With interest in space exploration at a recent high, thanks to the efforts of NASA’s Curiosity Mars mission, Dempster hopes the economic benefits of mining could spark investment in a local space program.

“Mining is something that Australia does very well. We’ve got the biggest mining companies in the world whereas space is something we do very poorly. We’re the only serious economy not to have a space agency,” he said, adding he’s looking forward to the upcoming release of the federal government’s space policy. “We don’t launch our own earth observation satellites where as countries like Algeira and Nigeria do. Turkey launched their second one last year. Hungary and Romania launched satellites last year. Australia’s really not doing anything.”

Dempster identifies Rio Tinto as a company already putting to use mining automation in some of its mines in the Pilbara. Interest from the big miners has been mixed, he says, possibly due to the current conservative phase the industry is going through.

“We would need to develop a bit more of a serious capability before the miners came on board. But the sort of time scales that mining companies work to, they do things decades ahead and that’s the sort of time-frame we’d be talking here.”

Still, he hopes that one day mining might pave the way for a new space race. “The general principle that mining would be the first driver for colonising space is the sort of thing we need to be thinking about. You think of what the gold rush did for Australia, mining has in the past been a real driver for settling new areas,” he said.

‘Once every million years’: comet hurtling towards Mars at 56km per second

By Jove, haven’t they seen The Time Machine (not the George Pal classic, the much-panned 2002 adaptation)? Mining the moon didn’t end too well there…

I’m looking forward to when we get to other planets – mix with the “locals” and treat them like we do here – what they’ll taste like?

And what are they going to discuss???
I might suggest with dismay,perhaps the shipping of oviline back to planet earth.
To scatter it on our oceans to help us survive their brothers onslaught and destruction to our biosphere.
Try and tell me that these plans and investments bare any relavance to the challenges we face and I will lend you my other leg, for it is genuine rubber.

Mankind should complete stvffing up earth first before starting on the other planets.

Zut, there might be a slight logical flaw in your suggestion.