Now’s the time to secure Rio Tinto HQ for Australia

Gina Rinehart has called for it, and it makes a lot of sense: bringing Rio Tinto home. Applying some board pressure could force new CEO Sam Walsh to shift HQ to Perth. 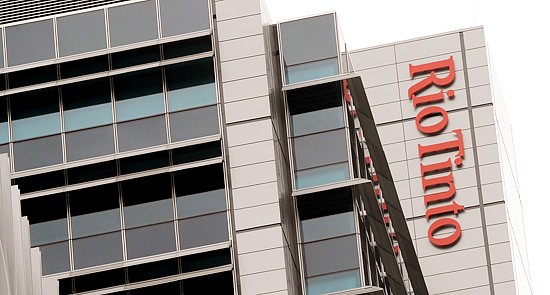 If Paul Keating wants to take some revenge on Rio Tinto for completely breaking the promises extracted when he and then-treasurer Ralph Willis approved the 1995 CRA-RTZ Dual Listed Company merger, he should quickly round up some numbers and nominate for the board.

Rio Tinto’s corporate calendar reveals the London AGM is being held on April 18 and then the Australian leg is in Keating’s home town of Sydney on May 9. Rio’s ongoing status as a plaything of the London business establishment has never been more vulnerable than now after Alcan has emerged as the biggest destroyer of cash in the history of corporate takeovers.

The current Rio Tinto board is delicately poised with four Australians, including the new CEO Sam Walsh, a Melbourne boy who became the pride of Perth and is now being dispatched to London, just as occurred with Rio’s previous Australian CEOs in Leon Davis and Leigh Clifford.

If someone like Keating nominated for the board, along with a couple of other credible Australian business figures, it would be difficult for shareholders to resist, especially given the political risk of more tax grabs like Kevin Rudd’s original resources super profits tax. And the well-connected Keating would presumably be able to round up the support of Rio’s largest shareholder, the Chinese government-owned Chalco.

It has been a lonely crusade running the “move Rio to Australia” campaign over the past 17 years. This was the opening exchange with chairman Paul Skinner, chief architect of the disastrous $44 billion Alcan acquisition, at the 2008 AGM in Brisbane:

Stephen Mayne: You’ve mentioned in your formal address about the level of investment in Australia, and a few points like that. I’m not sure that there’s another company in the world that is headquartered elsewhere, that has such a huge investment in a country. I mean, Rio Tinto has more than a $100 billion of assets in Australia, you have no operations or assets to speak of in the UK, and I just remain baffled as to why you’re not actually headquartered in Australia.

Paul Skinner: Well, we are where we are, because of our history, and the way the company’s evolved. But I think what really matters when you start to get into that sort of territory, is what is the result of what we do. And I think in my remarks, I did observe that over the last 10 years, we’ve invested about $30 billion in Australia; we’ve created a lot of value, a lot of national wealth, a lot of employment, a lot of outstandingly good jobs. And I don’t think the fact that we’re a company of mixed parentage, if you like, with some of our operations in other parts of the world, is in any way dilutive to our commitment to Australia. We’re here very often, as leaders of the company. We have close and productive relationships with state and federal governments, and communities throughout Australia. The entire board spent the early part of this week in the northern part of Queensland, looking at operations in Gladstone, in Weipa, in Gove. We carry the spirit of Australia with us in this company, so, there are, as it were, accidents of history and geography which have probably defined the company as it’s presently configured. But I think we’re as Australian as anybody in the corporate scene in this country.

It was quite extraordinary of the plummy Skinner to claim “we’re as Australian as anybody” when Australian shareholders own less than 20% of the overall shares. After completing a $US7 billion buyback of UK shares last year, Rio Tinto has 435.7 million ASX-listed shares and 1.411 billion UK-listed shares.

And after closing its Sydney office and terminating more than 100 jobs in Melbourne late last year, Rio Tinto’s head office functions have never been more distant from Australia. Even company secretary Stephen Consedine was given the flick last November after 29 years with the company.

The decision to purge the Collins Street office of more than 60% of its staff was taken jointly by ousted CEO Tom Albanese and chairman Jan du Plessis. But with the American-born Albanese now out on his ear, is this Australian domicile question something which Sam Walsh could resurrect?

The new CEO has sent an email to Rio’s global workforce which includes the line: “Unlocking greater value for our shareholders, and other stakeholders, will mean we need to start to do some things differently but not lose sight of what we do well.” 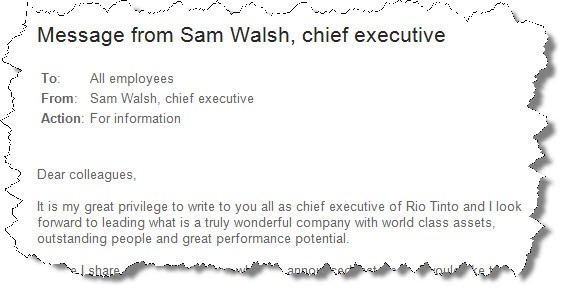 Perhaps the first change of approach can be showing greater respect to the goose which lays the golden egg — publicly owned Australian resources.

With the full 11-member board up for election in a few weeks time, it would presumably only require a couple in and a couple to deliver the necessary numbers for a shift of headquarters. And if the likes of Tony Abbott, Julia Gillard, Colin Barnett and Campbell Newman gently intoned that it would be in the interests of Rio shareholders to make the move, it’s hard to see how a couple of hardcore British establishment types on the board could resist.

Just how Christian is Scott Morrison? Perhaps not Christian enough

Keating zeroes in on the incoherence at the heart of AUKUS, but can Labor do better?

I’m certainly no expert, but I wonder what actual difference it would make?

Ha! The board lurve their regular first-class trips–if not private jet– (en famille no doubt) to London, being put up at some fancy hotel for a week or whatever in one of the most expensive cities in the world, and which most of them, in their cringeing pathetic way, still think is the centre of the universe. Sam Walsh is like the Cheshire cat–he’s arrived at the top and can play in the pen with the big boys. He is the very last person anyone should expect to want to change it.

You’re asking for these blokes to put other interests above their own short-term ones. It would need a government with backbone to force it.

He’s had a lot of time to gain wisdom from the mistakes of others.

It is equally the case that he takes on the Rio MD role with an agenda, rather than wanting to give up the trappings of a comfortable life ensconced in WA Inc.

One can symphathise with Steven’s desire to bring the board home but I am unsure we want another load of these people populating our shores.
We have enough idiots on hand demonstrating how to exploit the nations assets for others, without importing more.