‘No aliens living inside us’: Scientology educates the media

A media guide released by the Church of Scientology is aimed at dispelling myths around the religion -- turns out they're not descended from aliens, but they do teach English to African migrants. 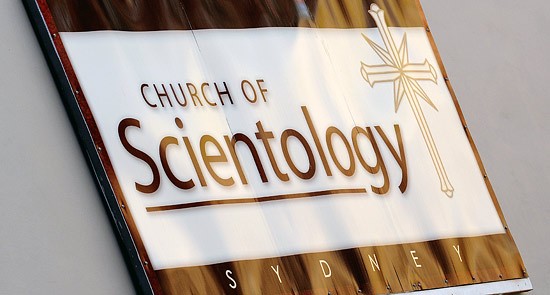 There’s no mention of Tom Cruise, the evil ruler Xenu or the Galactic Confederacy. But a media guide produced by the Church of Scientology has been sent to journalists to “address a number of misunderstandings” about the religion.

Church spokesperson Virginia Stewart denies the guide’s release is related to a new controversial book that examines the inner working of the church. “It just happened to be when we finished it,” she told Crikey. 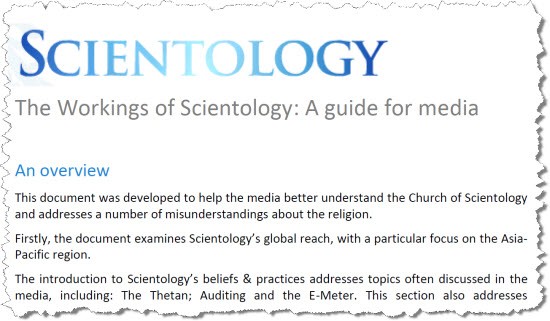 The guide focuses on the Asia-Pacific region, but also covers general details about the church, such as that the word “Scientology” means “knowing how to know”, the religion’s ultimate goal is “true spiritual enlightenment and freedom for all” and it is entirely funded by its members. The guide also explains its two most common symbols: 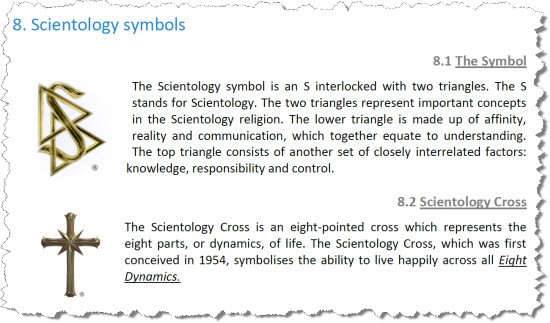 Controversial, and core, beliefs — the church’s aversion to traditional psychiatric treatments and medicine, the use of e-meters to measure electrical charges in the body (used to “locate areas of spiritual distress or travail during auditing”) and the secretive Sea Organisation Order (individuals sign a billion-year pledge dedicating themselves to the SeaOrg and must leave if they have children) — are covered. It also addresses the “alien myth”, clarifying that “Scientology has no religious belief that we are descended from aliens or have aliens living inside us”.

More specific to Australia is a list of volunteer work that Australian Scientology ministers have been involved in. There was a small number of volunteers involved in the clean-up after the 2011 Queensland and Victorian floods, the Christchurch earthquake and the NSW bushfires, while Scientologists also provided English literacy classes for African migrants in Melbourne.

Pulitzer prize-winning writer Lawrence Wright penned a 26-page article on the Church of Scientology, largely based on interviews with ex-Scientologist and Hollywood screenwriter Paul Haggis, for The New Yorker in 2011. It offers a fascinating insight to the little-known religion and reveals that the FBI were investigating allegations of slavery in the SeaOrg. Haggis also claimed church leader David Miscavige is a controlling and vicious figure, and the church encourages members to cut themselves off from any family or friends who are not Scientologists.

But Stewart says the article had “no impact” on the church here in Australia and she has yet to meet anyone who even read it. “No one has mentioned it to us at all,” she said.

The article led to Wright’s book Going Clear: Scientology, Hollywood, and the Prison of Belief, which was released last week in a blaze of interviews and promotion. Stewart says she’s unconcerned. “It’s just mushing together allegations from other sources, there’s no new revelations,” she told Crikey. “I think he was just making money. Write a book and make money, that’s my personal view.”

Last week The Atlantic removed a paid advertisement for the Church of Scientology that was written to appear like a normal article (its comments were also moderated to only allow pro-church comments) after a public backlash. It is now reviewing its advertising and content policies.

When asked about The Atlantic incident, Stewart replied: “I think that there’s some people who no matter what you do, they still don’t like it. There’s people who don’t like religion, doesn’t matter if you’re a Scientologist or a Catholic.”

More damaging to Australian Scientologists are the local tabloid current affair shows. After one TV show displayed an aerial map of the church’s headquarters in Dundas, Sydney, “hooligans came and abused us”, Stewart says. “All of a sudden, rocks and things are being smashed, graffiti, our cars are being egged. It’s horrible,” she said.

The release of the media guide is to encourage more balanced reporting, Stewart says. “With the more non-online media, we would often get calls,” she said. “With online, it’s changed all of that. Something comes in and it just goes straight out. For online media, the balance we’ve experienced, we don’t get as much of a say or get asked. We’re very happy to answer questions.”

The 2012 census showed just 2136 Australians identified as Scientologists, but the church claims the figure is much higher and Scientologists fear identifying themselves. The only numbers the church can provide are flimsy — it claims to have 250,000 people on its Asia-Pacific mailing list, which includes Australia, New Zealand, Japan and Taiwan.

Stewart acknowledges the media coverage of the religion is completely out of whack to the number of Scientologists in Australia. “We’ve been told by media, ‘[it’s] because you keep getting the ratings up’.”

It would be worth looking into their Drug Rehab activities, very suss and very costly as treatment is somewhere around $25,000 and smells a little like induction (lots of saunas).

Whether Crikey or anyone else believes there are 200 Scientologists in Australia, or 2,000, or 200,000, is a bit irrelevant. Here are some objective facts:

– There have been Australian Scientologists since the 1950s.

– The unanimous 1983 decision of the Australian High Court which confirmed that Scientology is a religion is described on the Australian Government website as “the most significant Australian authority on the question of what constitutes a religion.” In that ruling, the High Court justices observed that, “Freedom of religion, the paradigm freedom of conscience, is of the essence of a free society.”

– Regardless of any petty dispute over the NUMBER of Scientologists in Australia, here are two reliable facts:

a) There are many hard working, honest, decent, intelligent people in all walks of life all over Australia who attribute increased personal happiness and spiritual understanding to their practice of Scientology, and;

b) There are hostile critics who say all manner of negative things about Scientology.

– The Australian media, including Crikey, are generally generous to the critics. There is no danger in shouting with the mob. But readers never hear anything positive. There ARE many positive stories. But if any media outlet were to report any such story — even if just to give the ridicule a little balance — they might be criticized yourself for saying something positive. I have long held the foolish hope that Crikey might be the first media forum to have big enough round things to actually entertain such a balanced message.

It seems like some Australian’s did read the New Yorker article. It was an Australian producer that made this parody about scientology and gaming theory based on the article:
http://www.youtube.com/watch?v=GqE89qKsYSg

This sentence is (I’m sure) unintentionally misleading or could be misread:
“Controversial, and core, beliefs — the church’s aversion to traditional psychiatric treatments and medicine…”

Scientologists have NO aversion to _physical_ medicine. They’ll see a doctor as soon as not, take their antibiotics as prescribed, and never withhold medicine from anyone.

Where they draw the line is at taking psychiatric drugs like Luvox, Zoloft, Prozac, Ritalin, Abilify and all the other dozens.

The side effects of PHYSICAL drugs might give you hives, mess up your liver, or give you a tummy ache. But the side effects–on too many people–of psychiatric drugs have been mass murder, killing family members and/or suicide.

Here’s one firearm site’s compilation of 65(!) hard-evidence examples of just that:
http://www.ignatius-piazza-front-sight.com/2013/01/20/front-sight-blog-youve-been-punked-video/
Note the many video links at the bottom of the page.

American politicians want to blame guns, but the weapons of those driven bonkers by psych drugs include knives, sword(!), explosives, cars, even a bus.

Please get this point: Psychiatrists tell us that the crazy people they treat will sometimes kill people. They’re dodging their responsibility.

These people didn’t START OUT that crazy. They started out just upset, troubled, anxious, lonely, or feeling guilty. Only AFTER taking psych drugs for simple conditions did they go stark-raving murderous on friends and family.

Want that at your dining-room table?