Why debt is easier than guns: Obama’s twin challenges

Gun control fits the normal paradigm of a legislative negotiation. The debt ceiling is different, most Republicans know they must raise it -- and that's why Obama should have more success on debt than guns. 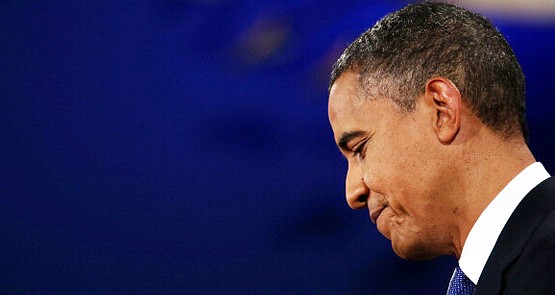 Barack Obama was already facing a difficult time with Congress over the debt ceiling increase and the postponed “fiscal cliff” automatic budget cuts, but now he’s bought himself an additional fight in the shape of his plan for gun law reform. Both issues will be a test of his standing at the beginning of his second term.

In order to understand his prospects of success, however, it’s necessary to look at how the issues are significantly different.

Gun control fits the normal paradigm of a legislative negotiation. One side supports a policy proposal, the other is opposed to it. Most of the Republicans genuinely don’t want gun reform to pass (either because they genuinely believe it’s bad policy, or because they’re in hock to the gun lobbyists); most of the Democrats, for corresponding reasons, do.

That means that passage of the President’s measures will have to involve some combination of the usual tactics: changing people’s minds through persuasion; compromising on the detail of the proposals; picking off enough marginal legislators to cobble together a majority; offering a trade-off in some other area; using public opinion to pressure those who are worried about marginal seats. This is all pretty familiar stuff.

Even a routine legislative negotiation offers opportunities for playing “chicken”: opponents may vote for amendments that they don’t actually agree with in order to reduce the chance of the overall legislation being approved, or conversely vote against amendments that would water it down because they prefer their chances of defeating the original package. But both sides still understand what they’re dealing with, and their strategies can be rationally comprehended.

The debt ceiling negotiation, however, isn’t like this. If the ceiling is not lifted, the US government would apparently become legally unable to pay the bills it has already incurred. No one really knows what the effect of this would be, but it’s not likely to be good.

While a few Republicans may actually think that default is better than incurring any additional debt, that remains a fringe belief. For most of the GOP caucus, the debt ceiling is an opportunity to get other things they want (primarily, cuts in welfare spending) by threatening to do something that they admit would have bad consequences. So far, Obama is refusing to come to the party.

If they block gun control, Republicans are just doing what (in some sense) they think is right. But if they block a debt ceiling increase, they will be doing harm even by their own lights.

Hence the popular metaphor of hostage-taking used by many commentators — Jon Chait is particularly fond of it. But that doesn’t quite capture it either (it could also now seem in poor taste in light of the bloodshed in Algeria).

A hostage-taker might prefer, other things being equal, not to have to shoot their hostages, but typically they are pretty much indifferent to the hostages’ welfare. That’s not the case here. The Republicans don’t want economic chaos; they’re willing to threaten it to get their way, but it’s a threat that they very much hope not to have to carry out.

If you’re looking for a metaphor, a better one would probably be nuclear deterrence. It’s one thing to threaten to push the button if the other side launches a conventional attack (indeed, that threat helped keep the peace in Europe for 40 years), but quite another thing to actually do it if the occasion ever arose.

That puts Obama in a much stronger position. When he argues that failure to pass gun reform will have harmful consequences, the Republicans can quite sincerely argue the contrary. But when he makes that argument about the debt ceiling, he’s saying something that most of them already agree with.

It also means that Obama’s position has improved since his re-election, as Nate Silver argued this week. Twelve months ago, economic chaos seemed a less scary prospect to the Republicans because it at least offered some prospect of hurting Obama for the upcoming election. Now they are the next ones to face the polls, so to some extent they have to own the economy.

That doesn’t mean the majority of Republicans are going to come around and vote for a debt ceiling increase. But they don’t have to; they just have to acquiesce in speaker John Boehner bringing it to a vote, where 20 or 30 moderate Republicans can vote with the Democrats to get it through. While it’s certainly not a done deal, that now looks more likely than not.

Gun reform could end up taking the same route, but it will be a much harder task.

Check this 30 minute video on You Tube ‘The Sandy Hook Shooting – Fully Exposed’ – posted four days ago with 8 million views and rising. Guns could prove to be an extreme challenge if this stuff is just half true.

“This stuff” is utter bullsh*t – it is the type of fringe nut conspiracy theory that comes out every time a gunman goes nuts (there were similar claims about Port Arthur). If you believe it you are sick, sick, sick. There’s plenty of other Sandy Hook conspiracy theories doing the rounds – scary bit is that those who most believe this crap are the ones who are most adamant about how they need guns.

Charles – you’ve underestimated the pure batshit crazy element of the Republican party, and the power of the Tea Party at pre-election level. There’s plenty within the Tea Party who want a scorched earth USA to rebuild their no government society on. Note that over 60 Republicans voted against reconstruction aid to New Jersey!

@MS
You’re the sort who would have disputed the United States Select Committee on Assassinations finding that JFK assassination was the result of a conspiracy and labelled them a bunch paranoid conspiracy theorists.

A Warren Commission true believer. There’s none as blind as those who refuse to see.

I thought Obama was seeking presidential authority to lift the debt ceiling, which would remove this particular bit of nonsense from Congress permanently.

But where did this debt come from? Republican George W Bush started two wars, one of which was fraudulent. He badly botched both of them. He put the cost on the national credit card for future Administrations / Generations to pay. Meanwhile, he introduced unaffordable tax cuts benefiting mainly the wealthy. He let Wall Street run amok, destroying much of the Nation’s and the World’s wealth. Meanwhile the pronouncements of prominent Republicans on Social issues from abortion, rpe, guns and World affairs seem to indicate that many of them are certifiable lunatics. Why would anyone take them seriously?