Having that hard, white stuff in your mouth fixed up at a reasonable cost should not be such a pipe dream -- the Brits do it at low cost. It's unacceptable that dentistry is so unaffordable in Australia. 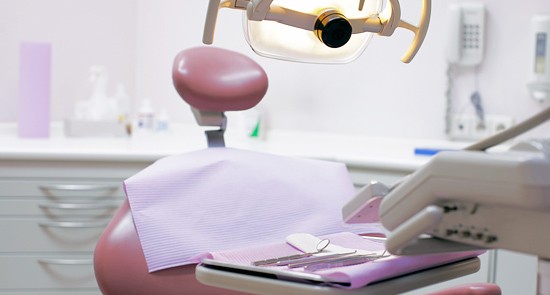 “Hello hello, this is your dentist calling.” It was 7.45 on a grey London morning, and there he was on the phone. “It is time for your check-up.” Was this real? Was I awake, or dreaming it? Was he outside the front door? Only the fact that my dentist is a British Asian with an Indian lilt stopped it from being the opening scene of some sort of slasher movie.

But that’s what a genuine public health system looks like. Dental care, like all other health care in the UK, is free, and the dentists hound you whenever your six-month appointment comes due. It’s a neat little system, based on the inherent paternalism of the NHS — in order to get free care, you have to be registered with a local dentist, and in order to stay registered, you have to go for a regular check-up (thus letting the dentist click over her/his fees from the government).

Should you skip it, you’ll be thrown off the dentist’s list, and when you have a real dental emergency you’ll be stuffed. Even then, there is always one free clinic in each major city that will see you, free, no questions asked, with a two to three-hour wait and a fast track for those in great pain.

The London one is in the Whitechapel Hospital, a towered Gothic extravaganza, close to Jack the Ripper’s old haunts. Using it is like being drafted into a Victorian painting: hours passed in a tiled waiting room, steam on the windows, children screaming, South African dentists coming out for their next case, with blood on their apron and pliers in their hands. But they have lovely lovely gas, and no one gets turned away.

That’s an essential part of any health service. That it’s never been a part of the Australian Medicare system is a standing disgrace — both to the Hawke/Keating who failed to fully integrate it into the Medicare system from the start, the Howard governments who stripped $100 million out of such services as there were, and the Rudd/Gillard government, who cancelled the chronic care dental scheme and had to be dragged towards a Denticare scheme kicking and screaming by the Greens.

There was one push by a major party to have guaranteed dental care for Australians, by opposition leader Kim Beazley. Unfortunately, Bomber, with unerring political savvy, announced the policy on the day the US invaded Iraq and it rather got lost in the melee. Nothing is easier to ignore, since anyone who can afford it will pay whatever they need for dental care when a crisis hits. Those who can’t — the old, the poor, indigenous people disproportionately — suffer in silence. Free and low-cost clinics are locally managed, ad hoc and often more or less invisible to the people who need them most.

But now there’s been movement on this issue, the Dental Association has come to the party — by suggesting we should be training fewer dentists, so that those who make it through can continue to charge through the nose for working in your mouth. This is despite the fact Australia has only a fair to middling ratio of dentists to population — about 1:2000, compared to something closer to 1:1200 in Northern Europe and Japan. The US ratio is halfway between, but is skewed because about 20% of the population get no dental treatment whatsoever.

The public-spirited thing for the Dental Association to do would have been to call for more funding, so that all these new dentists — coming through new dental schools at places such as James Cook and La Trobe, all of which the Dental Association objected to — would have work to do. Given the ADA is complaining about underemployment of some dentists, and that the waiting times for free dental clinics is averaging three years, that would seem the obvious solution.

“The greatest disparity is between rural and urban services, with, for example, beachside Sydney having five times the number of dentists of rural NSW.”

But of course the other thing the ADA wants to protect is pricing, and high labour costs, to preserve the stupendous income potential of the members within the charmed circle. Just as the AMA used to be known as “the Painters and Doctors Union” for its rigorous exclusion, the dentists are a sort of Molarside Workers Federation, protecting their own.

The aim is not merely to keep fees high — it is to make them look inevitably high, as if the sheer and often urgent necessity of the service is somehow a “natural” reason for its huge costs. That is nonsense of course. Whatever material costs are involved in things like caps and crowns, the major cost is the hourly rate for the dentist’s time. In the Whitechapel chamber of horrors in the ’90s, I had a three-session root canal and the eventual cost was … 14 pounds. You can be sure that the UK government wasn’t refunding that dentist the 986 pounds or so that I would have been charged as a private patient.

The magical nature of dentistry — that having some white hard stuff in your mouth fixed should be something you have to save up for, tremble in fear over at night — needs to be demystified, just as the old idea that a doctor’s appointment was a luxury not a right has been knocked down.

Essential to that is lowering the expectation that medical training is the pathway to a ludicrous income, rather than merely a decent one. There has been some movement towards this, with the creation of a dental internship scheme. But at the same time the Chronic Disease Dental Scheme was closed because treatments billed to it had ballooned to $3 billion, from a projected $600 million or so. Had the Greens not pushed for Denticare and the Dental Health Reform Package as a replacement, Labor would have been happy to allow public dental treatment to lapse into its previous slipshod state.

The greatest disparity is between rural and urban services, with, for example, beachside Sydney having five times the number of dentists of rural NSW. The numbers there — one dentist for every 5000 people — is a third-world level of medical care.

The answer to that is obvious, and it would also serve the task of demystifying medical services and medical costs: a scholarship scheme, for dentists and doctors, bonding them to three to five years’ rural work depending on the level of support, with a punitive buy-out clause. Should the Painters and Doctors, and the Dentists object, they should be threatened with an influx of foreign doctors. After all, if we shipped in 300 Cuban-trained doctors for remote services, the problem of indigenous health would be greatly mitigated overnight.

‘Twould be better to extend medical training to our own people, but needs must. In our current state, it is cheaper for many Australians to fly to the UK, take advantage of the NHS-Medicare reciprocal scheme and get their teeth done here.

What greater condemnation could there be than that we are worse than British dentistry?

Is dental health getting the brush off?

Benefits of health reform will be in decades ahead

Thank you for this article.

Well done, Guy. This failure of successive governments to focus on the very real correlation between dental and overall health is a national scandal. Clearly they’re too busy trying to work out how to tax soft drinks.

Some 20 years ago I put my name down at a free dental clinic. I was told there would be a two year waiting list for non-emergency treatment, which seemed ludicrous at the time. In two years time anything I needed to get fixed would have gotten much worse and fixing it would be far more costly and labour intensive. Still, I had no money so I had no other choice. A year later I went back to check on the status and was told that they were very busy and the waiting period was still two years from then, I hadn’t progressed any in a year!

I went back to uni shortly afterwards and thankfully that was in the pre-Howard/Costello VSU days and the student union at Monash offered dental services where I managed to get everything fixed for $15 per visit.

The idea of dental ‘traineeships’ where a person is trained as a dentist at govt. expense and then is bonded to the government for a certain number of years is excellent (with a heavy pay-out if they don’t complete it). My university degree and teacher training in Victoria were part of a studentship. I was bonded for 3 years and was sent to the rural areas where teachers were short. There were lots of us. Some left early and were hit with a payout but most of us stayed on and teaching became our career. It’s a great idea and means that we don’t have to deplete trained people from overseas countries where the shortages are worse than Australia.

I couldn’t agree more Guy. I was blown away last month when the bill for a filling was $85, and I got $15 back from my private health insurance, and was told that there was nothing back on medicare!

And that didn’t include the rest of the cost of the visit, for which I got nothing back at all.

I don’t know how people can have major dental work done unless they go to Thailand. It’s just not affordable otherwise.