Lance Armstrong worked from the crisis management playbook in his tell-all confessional with Oprah. Marketing consultant Toby Ralph lights the path to contrition and forgiveness for the fallen hero.

Let’s assume he did it. He rammed his bloodstream full of performance enhancing drugs and roared to victory in the Tour de France seven times. He trousered $100 million, survived cancer and in the process became a humble uni-testicled hero to an even larger number.

Then he was denounced as the greatest drug pedaller of our age.

It’s a very bad look, and his old strategy of suing anyone who suggests he was on something more than a bike won’t wash any more.

Let’s leave the ethics to priests and social workers. How should he play a reintroduction to the world?

The starting point is to pick his absolutionist, and none offers greater benediction than Oprah. She is the path to forgiveness; if it’s OK by Oprah, it’s OK by America.

The interview strategy he should adopt is gutsy, but simple; confession, contrition, contextualisation, continuation.

His smartest confession strategy is to experiment with truth. Everyone assumes he is guilty so any repudiation will only reinforce this. With little point to denial or a half-baked admission, he needs to comprehensively acknowledge systematic drug taking, cover-ups and present truths that will outrage. He must convince the world that the entire shameful truth has now been told, that the boil has been lanced.

There needs to be some manly weeping. He must confess his shame, his guilt, the impact on his family, his horror at letting down cancer sufferers.

He realises he’s a role model. He understands they saw him as an example of awesome athleticism, heroic fitness and in possession of an almost supernatural ability on two wheels. He knows he’s let them down: that the hero is really an anti-hero. The myth has melted. Superman was really Lex Luther. He understands the context of his disgrace.

He must articulate those things that others say of him, being tougher on himself than even they would have been. A reference to contemplation of self-harm would be useful; Oprah will empathise.

He must assuage the public hunger for humiliation, or the appetite will remain.

“Oprah should forgive him; after all they both have the same number of Tour de France victories. If she does America will grudgingly say at least he had the ball to come clean, and move on too.”

Next comes contextualisation. Yes he did it. Yes, it’s inexcusable. Yes, he’s desperately ashamed and sorry. Yes, he recognises the fact that all those other cyclists do it too is no excuse — it was still wrong of him. Yes, the sport needs to be cleaned up for it is common knowledge that 95% of professional pedal pushers positively brim with steroids.

Yes, he agrees that winning seven Tours is an extraordinary achievement with or without drugs — but that’s no excuse.

Without extricating himself from accountability, the problem at hand isn’t an “Armstrong” problem, per se. That’d be a touch narcissistic of him. It’s bigger than the man: it’s an American problem.

Americans like to cheat. Americans have a winner takes-all-ethos. It permeates the culture, its people, its institutions, its political system. Cheating, winning, decimating your opposition without regard to ethics: American as obesity and buying a gun from Walmart.

Thomas Jefferson, America’s third president, kept and impregnated slaves while calling for equality for all. Jefferson gamed the system, like Lance.

Steve Jobs, lamented designstein and secular saint of the 21st century lied to his business partner Steve Wozniak, taking 93% of a fee from Atari, rather than the 50% he deserved. But if the public outpouring at Jobs’ recent demise is anything to go by, the punters will forgive mendacity if its backdrop is absolute success. Is it a stretch to think somebody with Armstrong’s mindset couldn’t have noticed this?

Armstrong thus could lead us to see himself as a symptom of the problem as opposed to the problem. Rather than look at him, Oprah’s audience should look inward. At the country. At its values, its ethos, its heroes. Anywhere but Lance. He is, thankfully, a messenger, an acute cultural critic providing a service.

Finally comes continuation. What he wants is a chance to make it better. He wants to put this behind him and be a symbol to young sportsmen and women that winning isn’t everything. He wants to make things right with his family, with America and with the world. He prays for that chance.

Then he looks bravely to Oprah — will she forgive him?

Oprah should forgive him; after all they both have the same number of Tour de France victories. If she does America will grudgingly say at least he had the ball to come clean, and move on too.

Perhaps he can become the poster boy for redemption. America loves a celebrity and all ink is good ink, just ask OJ.

Lance will be back, he just needs to endure some public needling and do well in the interview.

*Toby Ralph is a marketer and crisis management consultant who has worked for the Liberal Party, British American Tobacco and the live cattle export industry. The Power Index last year named him one of Australia’s most influential spinners and advisers. 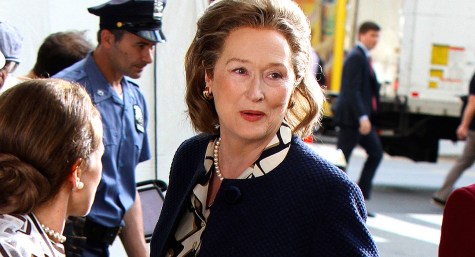 Excellent article Toby. A rarity in this god forsaken site.

Lance came clean after he was rumbled. No balls required as there was no escape from his accusers. He did deny everyone who came second the chance to come first. Best thing Lance can do now is to find god and wrap himself in the national flag; thats what scoundrels of his ilk do.

WTF!!! Sheesh Crikey! I know it’s the silly season and half the A team are still on holidays……But publishing this sort of facile rubbish will do your reputation no good at all.

If you’re *that* short of material, give us some lolcats.
They’d be way better than this dross.

Poor taste pun and as to the rest of it

Frankly my dear I don’t give a damn