It seems The Atlantic has found one new income stream, publishing "sponsor content" (which looks suspiciously like genuine editorial) from the Church of Scientology. Plus other media news of the day.

NT government goes mythbusting. An interesting full-page government advertisement appeared in yesterday’s NT News, as part of the government’s war with the paper. Titled “Mythbusters”, NT Chief Minister Terry Mills writes at the top: “I believe many people who rely on this newspaper for information will be surprised by the stories below as it may be the first time they have seen these facts …”.

It then goes on to say that the Renewal Management Board, the interstate crew brought in to examine the NT’s finances after the Liberals won the last election, works 60-hour weeks to “fix the mess” and discusses other “myths” about the government. 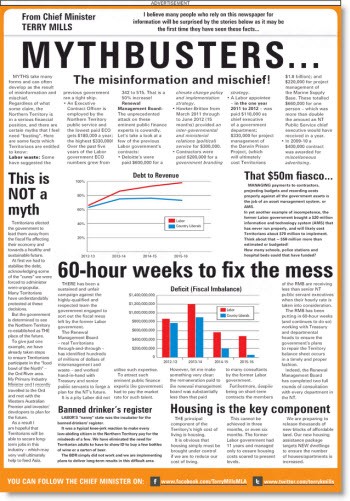 Scientology sponsors journalism. It’s not easy to find advertising dollars in the current market. But it seems The Atlantic has found one new income stream, publishing “sponsor content” (which looks suspiciously like genuine editorial) from the Church of Scientology.

The advertorial spruiks a number of new Scientology churches that have opened up in the last 12 months, and unless you spot the tiny yellow “sponsor content” button, or scroll right to the end to see a disclaimer, it’d be easy to imagine you were just reading a legitimate Atlantic article. 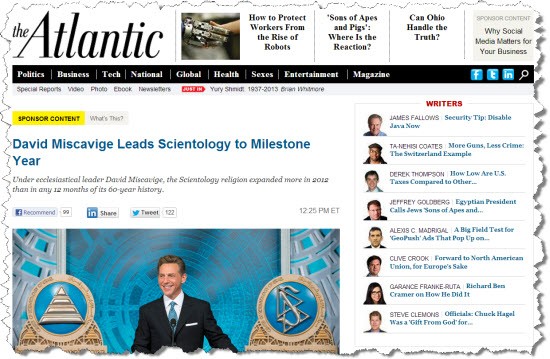 Video of the day. A TV car chase suddenly hits close to home … 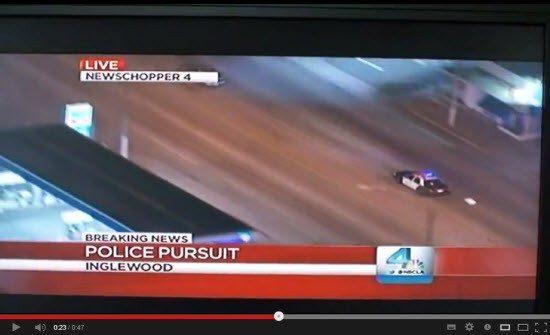 Front page of the day. Beijing struggles through some of the worst pollution on record. 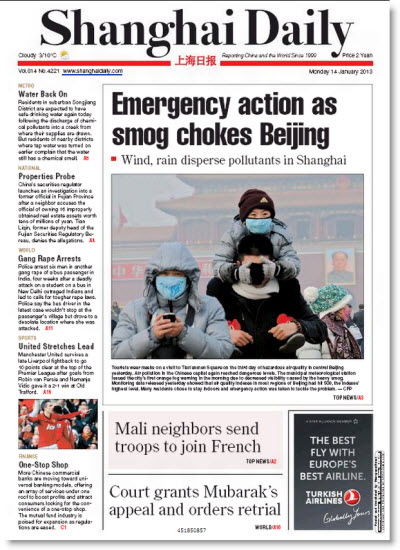 ‘I hate journalists’ … are we done with Barnaby yet? … doctors sue ABC journo over Scientology book …